Will there ever be elections again in Bolivia? 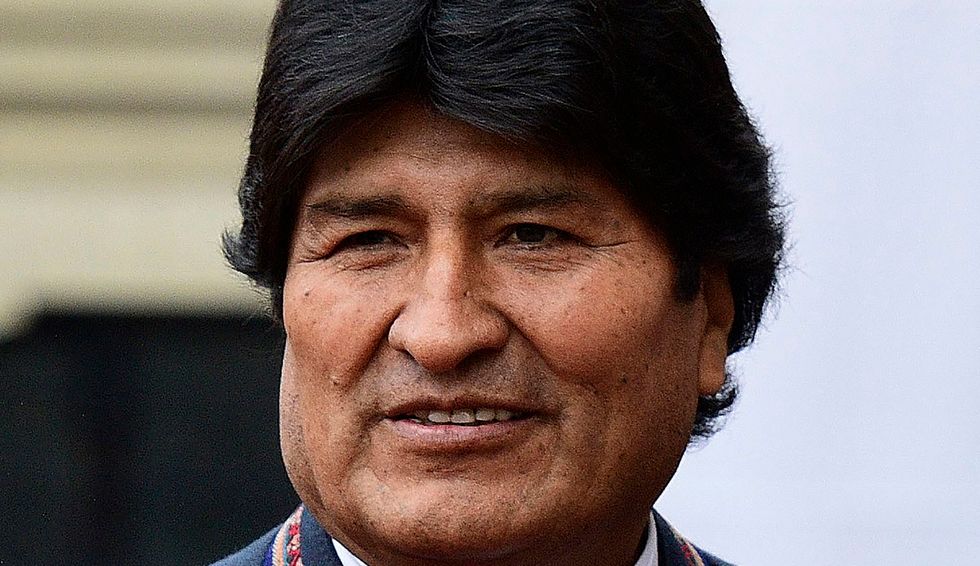 On November 10, 2019, President Evo Morales Ayma of Bolivia announced his resignation from the presidency. Morales had been elected in 2014 to a third presidential term, which should have lasted until January 2020. In November 2019, protests around his fourth electoral victory in October led to the police and the military asking Morales to step down; by every description of the term, this was a coup d’état. Two days later, Morales went into exile in Mexico.

On November 16, Morales told Mexican daily newspaper La Jornada that the coup that unseated him “was prepared” by the U.S. embassy in La Paz. The reason for the coup, he said, was—among others—Bolivia’s considerable lithium reserves and his government’s failure to surrender to North American multinational mining corporations. Morales told La Jornada’s Miguel Angel Velázquez it seemed his “sin” was that he “implemented social programs for the humblest families.”

The coup was justified by the Bolivian oligarchy and the United States government as the restoration of democracy. By “democracy,” the oligarchs and the U.S. government mean rule by elites who politely hand over resources to mining firms at concessionary rates; they do not mean that the people—who should have sovereignty over their lives and their resources—actually govern. This is why there is no anxiety in large sections of the Bolivian oligarchy and the U.S. government that Bolivia will not have an elected government in at least a year.

Morales was replaced by Jeanine Áñez, a minor politician who was outside the constitutional chain of succession. Áñez said that she would not seek election after her interim period was over, but quickly turned her back on that promise; this was the first of many promises she would break. The presidential election was set for May 3, 2020. Due to her government’s inability to control the coronavirus, the election was postponed until September 6, 2020.

Áñez and her coalition are polling far behind the Movement for Socialism (MAS), Morales’ party whose ticket consists of Luis Arce Catacora for president and David Choquehuanca Céspedes for vice president, as well as behind the center-right Civic Community party of Carlos Mesa (a former president of Bolivia who also ran against Morales in the October 2019 election and lost). Afraid of a humiliating loss, Áñez pressured the Supreme Electoral Tribunal (TSE) to postpone the election to October 18, 2020. There is no guarantee that there will not be a further postponement.

The TSE is now headed by Salvador Romero, whom Morales had decided not to reinstate when Romero’s term ended in 2008 because of Romero’s dangerously close relationship to the United States government. After he was not reinstated, Romero complained to Philip Goldberg, the U.S. ambassador to Bolivia. Goldberg met Romero warmly but could not force Morales to put him back in his position. Nonetheless, the United States provided Romero with a nice post: he took a job in Tegucigalpa, Honduras, at the National Democratic Institute. (The National Democratic Institute, based in Washington, is loosely affiliated with the U.S. Democratic Party.)

While in Honduras, Romero ensured that the violent conditions during the 2013 Honduran presidential elections did not provoke any kind of international condemnation as the far right’s Juan Orlando Hernández (favored by the U.S. government) defeated the left’s Xiomara Castro. Romero and others like him covered up the dirty tricks (such as minimizing the significance of a power outage as Hernández pulled ahead of Castro during vote counting) that led to Hernández’s victory. Romero told the New York Times that despite “the general perception of fraud,” the election was fine. After she took power in November 2019, Áñez—with the backing of the U.S. government—brought Romero back to Bolivia to head the TSE.

Fractures in the Right

All is not well in the camp of the far right in Bolivia. Áñez does not command the field. Carlos Mesa, the candidate of the center-right, is eager to make this election between himself and the MAS, with Áñez stepping aside to allow the votes of the right wing to consolidate behind him. But he has had no luck; she would prefer that he stand down and prolong the wait for an election while she leads.

Áñez came to power due to the shock troops of the far right, groups such as the Santa Cruz Civic Committee (a misnomer), the Resistencia Juvenil Cochala, and the Unión Juvenil Cruceñista. The main figure who had galvanized these groups was Luis Fernando Camacho, a businessman from Santa Cruz with the sensibility of a fascist thug. After the coup, Branko Marinković, who had absconded to Brazil after he was charged with sedition, returned to Bolivia and tried to regain control of these various far-right platforms. The rivalry between Camacho and Marinković, and the uncertainty about the possibility of a right-wing triumph at the polls, has stayed the hand of Áñez and Romero; they would prefer to have no election (using the excuse of the pandemic) over an election that returned the MAS to power.

Protests for the Election

A week of blockades, marches, and gatherings in early August took place across Bolivia to insist on an election. The protests demanded that the election date of September 6 be reinstated. That is unlikely to happen. But the protests have put the TSE on notice that any further delay of elections—or blatant intervention in election results when they do take place—is likely to result in public outcry.

All the polls suggest that the MAS will win the first round of the election; if the far right and center-right do not coalesce after the first round, and if the left is able to unite, then the MAS might win a two-way second-round election. If the left remains disunited, then this promises to hamper the election prospects of MAS.

In power for 14 years, MAS moved an agenda that made impressive gains for the people. At the same time, over that long period, MAS was not able to please every social sector, every time. Fissures in the camp of the left opened up when Morales was in office, so much so it was the country’s largest trade union federation (Central Obrera Boliviana, or COB) that publicly asked for the resignation of Morales.

Groups such as COB, the Ponchos Rojos, the National Confederation of Indigenous Peasant Women, and the Pact of Unity led the recent protest; they galvanized the people behind the demand for the immediate resignation of the Áñez regime and for immediate elections. Unity between these groups—which have excited the core of the left with their public actions—and the MAS is not yet established. These fissures weaken the left as these organizations proceed toward a continuation of struggles and the election. If the left were to stand together, the return of MAS to power is virtually guaranteed. The main task of the left is to consolidate the unity of the popular forces and to promote the young leadership that has come to the surface in these mobilizations. Unity, they say, is their focus.

Still, though, many people in Bolivia fear that the full array of dirty tricks—including blackouts during the counting of votes—will steal the election from them. It is not hard to imagine that this is what a coup regime has in mind; it did not annul democracy to allow democracy to remove it from office.

Vijay Prashad is an Indian historian, editor and journalist. He is a writing fellow and chief correspondent at Globetrotter, a project of the Independent Media Institute. He is the chief editor of LeftWord Books and the director of Tricontinental: Institute for Social Research. He is a senior non-resident fellow at Chongyang Institute for Financial Studies, Renmin University of China. He has written more than 20 books, including The Darker Nations and The Poorer Nations. His latest book is Washington Bullets, with an introduction by Evo Morales Ayma.

Manuel Bertoldi is a leader at Frente Patria Grande (Argentina) and Alba Movimientos. He is a coordinator of the International Peoples Assembly.