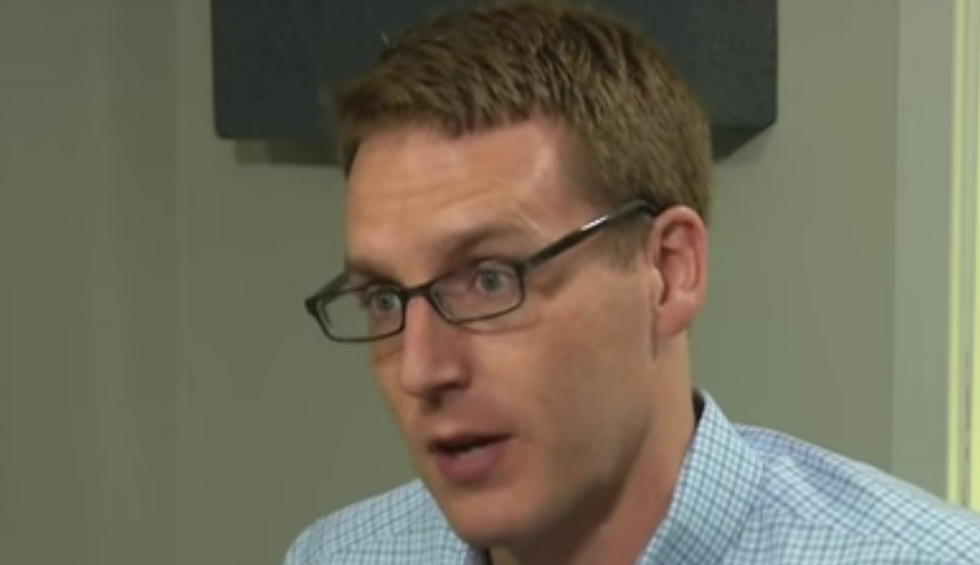 During his 2016 campaign, Donald Trump promised that he would “completely isolate” himself from the Trump Organization if elected president. But the Washington Post and other media outlets have done a great deal of reporting on the many ways in which Trump’s properties — from Mar-a-Lago in South Florida to his hotels and golf resorts around the world — have profited from his presidency. Some of that reporting can be found in an article that was written by reporters David A. Fahrenthold, Josh Dawsey and Joshua Partlow and published by the Post on Thursday morning, and one of the article’s revelations is that a White House spokesman resented the Post’s investigation so much that he was willing to threaten Fahrenthold with a “dossier.”

In a written statement to the Post, the journalists report, Deere said: “The Washington Post is blatantly interfering with the business relationships of the Trump Organization, and it must stop. Please be advised that we are building up a very large ‘dossier’ on the many false David Fahrenthold and others stories as they are a disgrace to journalism and the American people.”

In that statement, Deere insisted that Trump has “turned over the day-to-day responsibilities of running the company, though he was not required to, (and) has sacrificed billions of dollars.” But Fahrenthold, Dawsey and Partlow, in their article, make it abundantly clear how much Trump’s businesses have profited from Trump’s presidency.

“Trump has now visited his own properties 270 times as president, according to a Washington Post tally — with another visit planned for Thursday, when he is scheduled to meet GOP donors at his Washington hotel,” the Post reporters explain. “Through these trips, Trump has brought the Trump Organization a stream of private revenue from federal agencies and GOP campaign groups. Federal spending records show that taxpayers have paid Trump’s businesses more than $900,000 since he took office. At least $570,000 came as a result of the president’s travel, according to a Post analysis.”

One of the Trump Organization’s profitable customers, according to Fahrenthold, Dawsey and Partlow, has been the U.S. Secret Service.

“New federal spending documents obtained by the Post via a public-records lawsuit give more detail about how the Trump Organization charged the Secret Service — a kind of captive customer, required to follow Trump everywhere,” the reporters note. “In addition to the rentals at Mar-a-Lago, the documents show that the Trump Organization charged daily ‘resort fees’ to Secret Service agents guarding Vice President Pence in Las Vegas and, in another instance, asked agents to pay a $1300 ‘furniture removal charge’ during a presidential visit to a Trump resort in Scotland.”

The Post journalists observe that Trump can cause his businesses to profit — at the expense of U.S. taxpayers — merely by setting foot in them.

“The most frequent way Trump is known to have helped his properties has been just to visit them, with the vast, big-spending presidential entourage in tow,” they explain.