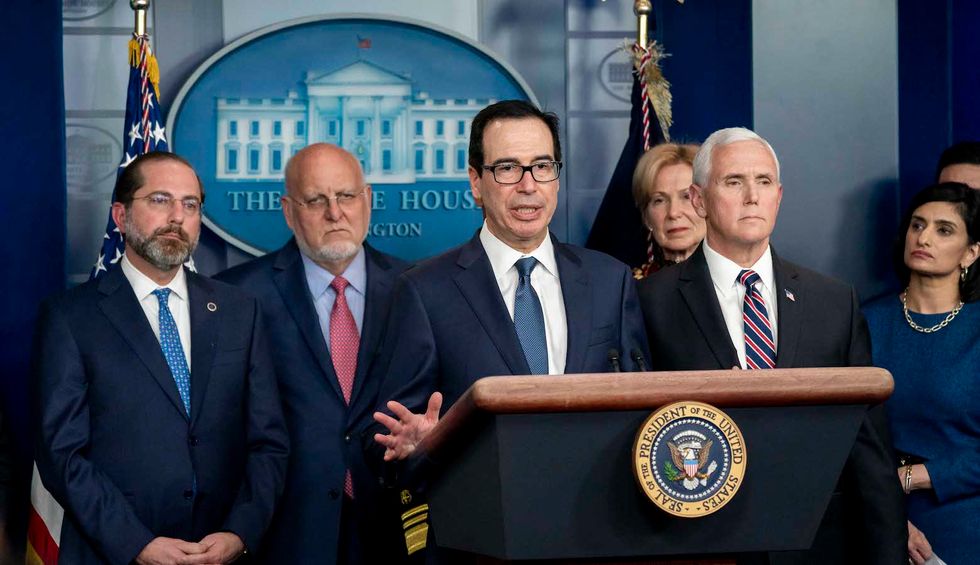 Days after the payroll processor for the federal government—one of the nation's largest employers—announced it would implement President Donald Trump's plan to defer payroll taxes for the rest of 2020, the U.S. Treasury Department indicated that employers will be responsible for paying the deferred taxes next year.

The plan is scheduled to go into effect September 1, and companies that take part will be required to collect the taxes their employees owe from the last four months of this year at the beginning of 2021—after the general election, which Trump hopes to win with claims that he's strengthened the economy and helped workers.

The Friday announcement from the Treasury Department could mean that millions of workers will see smaller paychecks and larger tax bills in 2021, the Washington Post reported.

The news bolstered the argument made last week by employers including automakers, retail companies, and restaurants, who called the plan "unworkable" and signaled that many will decline to implement the tax deferral.

"We are concerned that many critical questions remain unanswered, making implementation a continuing challenge," Caroline Harris, vice president of tax policy at the U.S. Chamber of Commerce, said in a statement Friday. The Chamber, which frequently endorses pro-business, anti-worker candidates and legislation, joined the employers in raising concerns about the plan last week.

The plan has been condemned from the left as well, with progressives raising alarm that Trump ultimately plans to "terminate" the payroll tax, which funds Social Security and Medicare, as he's threatened to do if he wins reelection.

Rep. Don Beyer (D-Va.), who represents more federal workers than any other member of Congress, slammed the president's plan as a pre-election "gimmick" meant to "give the appearance of action as the White House continues to stall negotiations for a real stimulus package."

"The Trump administration's plan to initiate payroll tax deferrals for civil servants treats the federal workforce as a guinea pig for a bad policy that businesses already rejected as 'unworkable,'" Beyer said in a statement. "This payroll tax deferral does not really put money in workers' pockets, it simply sets up the members of the federal workforce who can least afford it for a big tax bill that many will not expect. Like Donald Trump's other economic executive orders, this will not provide actual relief to workers."

Julie Oliver, a Medicare for All advocate who is running for Congress in Texas's 25th congressional district, also warned companies against implementing the payroll tax deferral.

As I've said, Trump's payroll tax “deferral” is a form of wage theft. And For years, @RepRWilliams and the corpora… https://t.co/MQqhysiCtB
— Julie Oliver (@Julie Oliver) 1598713397