US Postal Service worker speaks out: 'The mail is there. It’s just not coming to us' 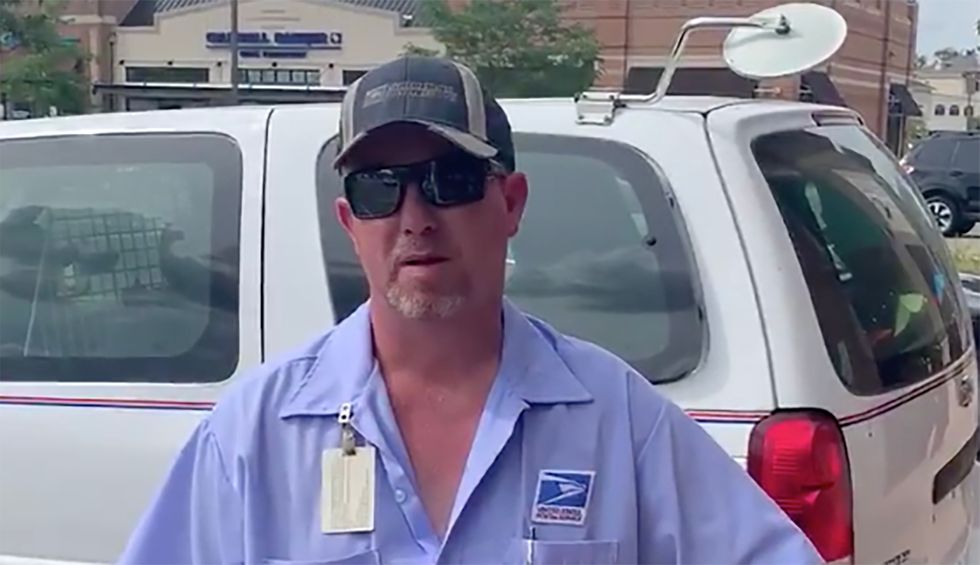 A U.S. Postal Service worker says a “lull in mail volume" has everything to do with President Donald Trump’s presumed attempt to take away Americans’ constitutional right to vote. “They’re trying to shut us down so people can’t vote,” the unnamed worker said in a video shared on social media Sunday, “just basically trying to take away people’s constitutional right to vote to rig the election. That’s all this is all about.”

He said the Postal Service itself would be fine if workers were allowed to handle their business. “The mail is out there somewhere. The mail is there,” the worker added. “It’s just not coming to us. They’re shutting down our sorting plants, and it’s just making it harder for people to get their mail.”

When asked if there was anything people should be doing, he said get mail-in ballots and vote. “Vote before they have a chance to take it away from you,” the worker said.

Evidence of the Trump administration’s alleged motive to suppress voting rights has poured in by the boatloads this month. Days after Trump ally and Postmaster General Louis DeJoy overhauled the post office and shuffled the mail system's two head executives of daily operations earlier this month, the president admitted he wouldn’t approve funding needed to enact universal mail-in voting. "They want $25 billion, billion for the post office. Now they need that money in order to have the post office work so it can take all of these millions and millions of ballots ... But if they don’t get those two items that means you can’t have universal mail-in voting,” Trump told Fox Business.

Then, he doubled down Monday on an earlier pivot to blaming Amazon for postal service delays. “Amazon and other companies like it, they come and they drop all of their mail into a post office,” Trump told Fox & Friends. “They drop packages into the post office by the thousands and then they say, ‘Here, you deliver them.’ We lose $3 and $4 a package on average. We lose massive amounts of money.” A CNBC analysis, however, found Amazon may be positively impacting the Postal Service being that it uses different carriers, including UPS and FedEx.

Far be it from Trump to stick to facts, though. Although Speaker Nancy Pelosi has laid out in a letter to House Democrats that in 2019, 1.2 billion prescriptions were delivered through the Postal Service, “including almost 100 percent from the VA to veterans,” Trump dropped the ball when he was asked Monday if he was concerned about how cutbacks in service are affecting people getting Medicaid and prescriptions. "No, no the post office is running very well," he responded.