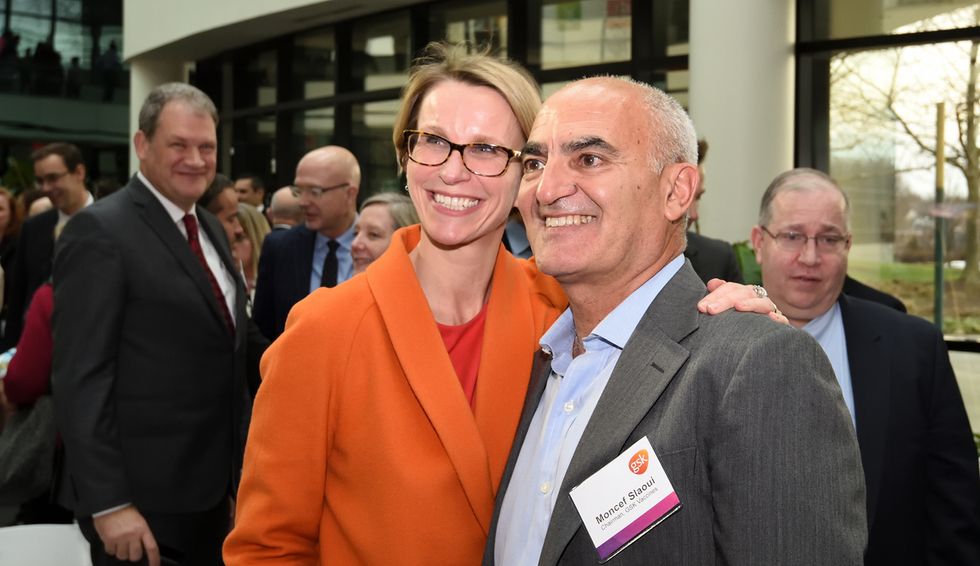 The White House on Friday awarded a record-breaking $2.1 billion contract for development of a Covid-19 vaccine, raising questions about a former pharmaceutical executive's involvement in the administration's decision.

The deal is for 100 million doses of a vaccine manufactured by Sanofi, a French drug maker, and its British partner GlaxoSmithKline (GSK).

The deal follows billions of dollars of U.S. commitments to other experimental vaccines—all still needing to show their effectiveness in testing—and may stoke concerns that other countries will be left behind. Vaccines are seen as the key to leading the world out of the pandemic that has killed about 675,000 people in a matter of months.

Dr. Moncef Slaoui, a former GSK executive, is head of the White House's Operation Warp Speed, the administration's program to develop and disburse an effective coronavirus vaccine. Slaoui's connection to his former company has been the focus of concern from advocacy groups and politicians skeptical of his claims of neutrality.

Dr. Slaoui is not a federal employee, instead working under a $1 contract that exempts him from federal rules that would require him to list his outside positions, stock holdings and other potential conflicts. Dr. Slaoui said in an interview in May that he was determined to avoid any conflicts of interest, but that his GSK stock represented his retirement from 29 years at the company, and that he had told federal officials he would not take the job if he had to sell it.

Sen. Elizabeth Warren (D-Mass.) raised concerns over Slaoui's ties to GSK in May.

"It is a huge conflict of interest for the White House's new vaccine czar to own $10 million of stock in a company receiving government funding to develop a Covid-19 vaccine," Warren tweeted. "Dr. Slaoui should divest immediately."

As Common Dreams reported, the former executive's refusal to relinquish his shares in the company made the process of awarding a contract a "sham," in the words of former Office of Government Ethics director Walter Shaub.

"You can't have a contractor supervising government officials," said Shaub.