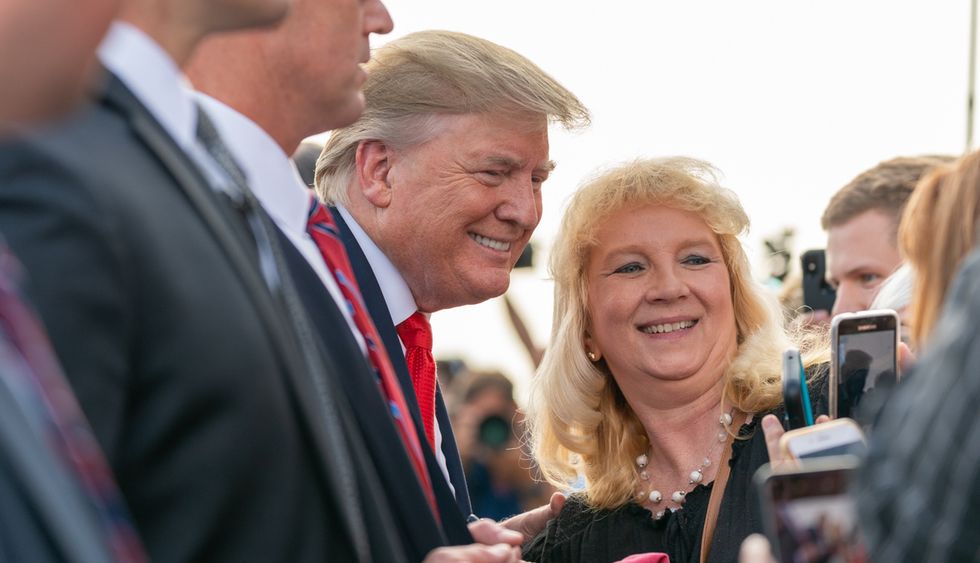 In a column for the conservative Bulwark, political observer Daniel McGraw said voters in a key region between Pennsylvania and Ohio have had enough of the chaos in the Donald Trump’s White House and his failure to bring the jobs he promised them in 2016.

As McGraw points out, the region along the border encompassing Erie, Crawford, Mercer, Lawrence and Beaver counties in Pennsylvania was a solid Democratic region until Trump came along. Writing that candidate Trump swept into the area in 2016 with rallies where he promised jobs and better times ahead McGraw stated that Trump’s pitch was well-received and local voters turned out for him.

But now, three and a half years later, those promises are not only unfulfilled, but conditions have grown worse due to the coronavirus pandemic and those same voters are tired of his act.

“Four years ago, Trump campaigned like a rock star in this part of the country, betting smartly that one really big campaign event has more impact than 40 more traditional stops where he shakes hands and kisses babies in local diners. And Trump’s message resonated for these people looking for economic salvation,” he explained. “It was all about job growth—and that message worked in 2016. In Ohio, Trump won by about 442,000 votes, so his winning by a total of about 2,200 votes in the combined Youngstown counties (Trumbull and Mahoning, where Obama won by about 57,000 in 2008 and again in 2012) didn’t make much of a difference there. But in the five Pennsylvania counties on the northwest Ohio border, with their combined population of about 710,000—counties that Obama won by a total of 19,000 in 2008 and 3,500 in 2012—Trump won by 58,000 votes. Recall that Trump’s margin in the entire state was just 44,000.”

Now McGraw claims, a sense of weariness has engulfed voters and they are looking for change again — with University of Akron political scientist David Cohen agreeing.

“The craziness of last three years is exhausting people, and when people talk of Youngstown as being this big swath of red voters it is way overblown,” Cohen explained. “He came here and told people jobs are coming back and not to sell their homes and he was the one who was going to do all that.”

He then added, “Think about that. People who had been on the losing ends of jobs for 50 years were listening to some showman telling them he is going to reverse it all. They were desperate and bought in. But of course, it didn’t happen, and there is an awful lot of resentment toward him right now.”

McGraw notes that polling indicates that Trump fatigue is real and quantifiable, pointing out: “Poll numbers are showing that resentment. In Pennsylvania, Biden is up by 6.0 percent. In Ohio, he leads by 1.5 percent.”

According to Youngstown resident Monica Beasley, whose husband was laid off by GM, things have grown worse under Trump and they are $5,000 behind on paying their mortgage.

Right now, [we] can’t afford to do anything,” she said in an interview. “I feel like [its] the dog that’s chasing its tail but never catches it. I honestly don’t know what exactly I’m gonna do. I know I can’t continue in this situation. . . . This is the time I thought I’d be doing other things—just kind of slowing down and enjoying my life.”

“This year, the question in this part of the country has morphed from being whether Trump is a viable candidate for political leadership and economic revival to whether he has the basic rationality and human decency needed to lead the country through the crisis of the pandemic. Some polling shows Trump falling way short on that question,” McGraw wrote before pointing to another expert on the region who backed up prevailing attitudes.

According to Lara Putnam, a professor of political history at the University of Pittsburgh, “Older female voters are more suspicious of him now in this area, much more so than they were in 2016. Part of the reason is the occupational advantage women have at this time. Hospitals are where it is happening for political discussion. Education institutions are where networking is taking place. Women are more of the breadwinners now, and are dominating the political discussion much more than they used to.”

Rogers Smith, a political science professor at the University of Pennsylvania, agreed that Trump’s popularity is in a steep decline in the region.

“Trump was able to pull out a compelling story for the people in this part of the country in 2016; they lost jobs and he spoke to them personally,” he explained to McGraw. “He’s in trouble now because he didn’t deliver, even before the COVID-19 epidemic ravaged job growth even further. And this is a politically very important place. It is diverse and no one section stands out. It’s vital because it is like a microcosm of the country. Neither party can really win without them.”