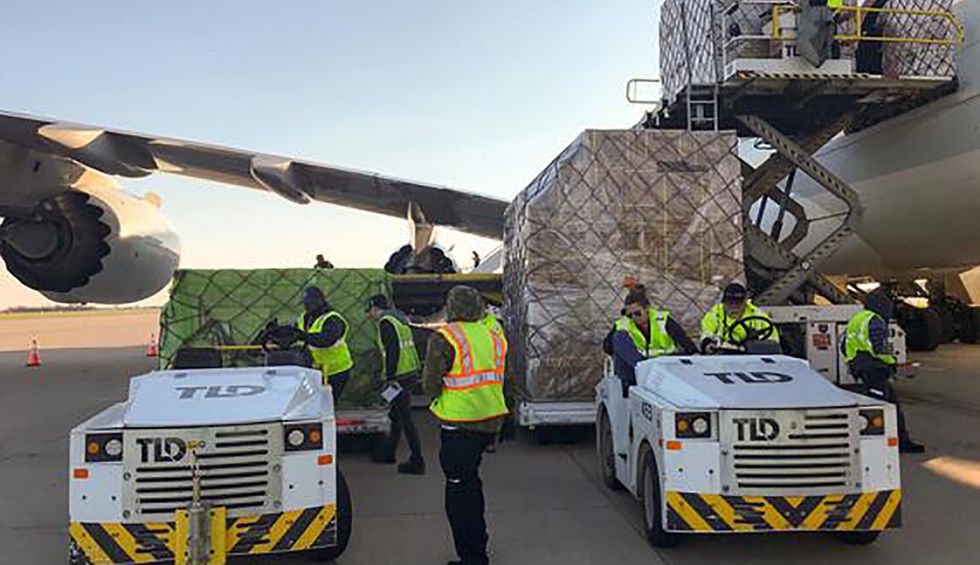 Hurricane Laura made landfall in Louisiana as a Category 4 storm early Thursday morning, August 27, initially pounding the state with winds of up to 150 miles per hour. Although Laura weakened as it moved north, the Washington Post reported that it still had winds of over 100 MPH. And as Laura was getting ready to batter Louisiana — which still has painful memories of the damage that Hurricane Katrina inflicted on New Orleans in 2005 — President Donald Trump was “looting” the Federal Emergency Management Agency’s Disaster Relief Fund, according to Rolling Stone’s Tessa Stuart.

“President Trump looted FEMA’s Disaster Relief Fund to the tune of $44 billion — authorizing the agency to pay for a $300- per-week supplement to regular unemployment benefits,” Stuart explains. “The $300-a-week benefit supplement is similar to the $600 one that was included in the CARES Act passed at the start of the pandemic. An extension of that $600 benefit was included in second relief package that the House has already approved, but that Senate Majority Leader Mitch McConnell won’t hold a vote on.”

Because the unemployment supplement hasn’t been appropriated by Congress, Stuart notes, it is “coming from the government account meant to cover natural disasters like the one presently bearing down on Mississippi, Louisiana and Texas.”

This time of year — late August and early September — can bring some of the worst hurricanes. Hurricane Katrina caused record flooding in New Orleans in late August 2005. And Rep. Donald Payne, Jr., a New Jersey Democrat, expressed his worries about FEMA and Hurricane Laura in an official statement, saying, “The fact that President Trump would take up to $44 billion from FEMA’s Disaster Relief Fund right before a possibly record-setting hurricane season shows his inability to protect our country during a crisis. If he had convinced his Senate allies to pass our Heroes Act, we would have extended unemployment benefits and still had plenty of money for FEMA and states to use to help Americans recover from a natural disaster like Hurricane Laura.”

Stuart notes that in April, “House Democrats wrote to FEMA Administrator Peter Gaynor to express concerns about the agency’s own preparedness. Their questions went unanswered.”

Payne, in his statement, stressed, “There is a reason the Constitution gave Congress the sole power to authorize government expenditures. It was to prevent reckless presidents from taking money from one program to fund another one.”