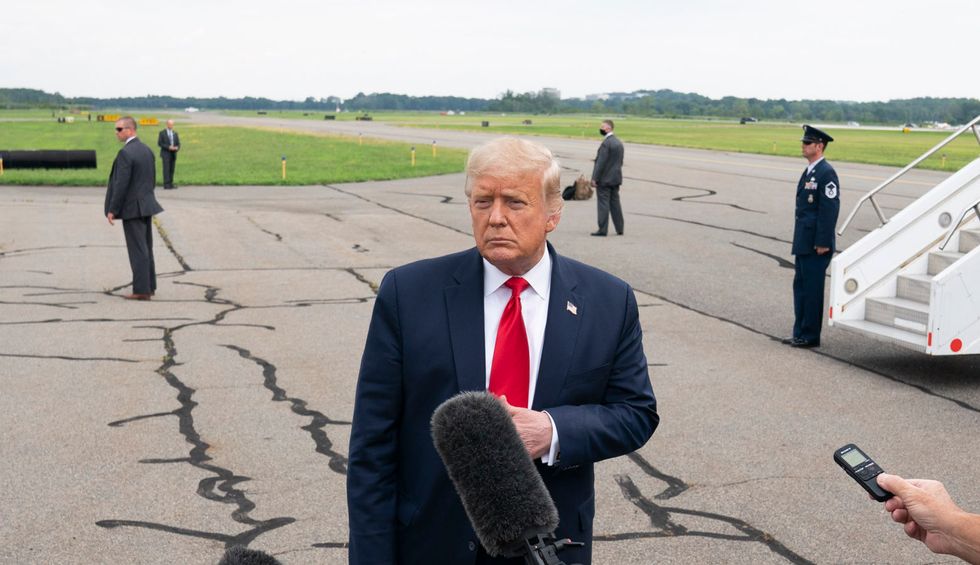 Donald Trump’s sabotage of the U.S. Postal Service is on track to face numerous lawsuits. One was already filed in federal court in Manhattan on Monday, seeking to force Trump and Postmaster General DeJoy to allow adequate funding for the Postal Service to operate as it should.

Plaintiffs in the suit include Mondaire Jones, a candidate for U.S. House from New York’s Congressional District; several candidates for state office in New York; and voters who worry they’ll be disenfranchised if Trump succeeds at destroying mail-in voting.

“Those individuals included a Chicago resident who recently underwent a bone marrow transplant, a digital colorist for film and television who votes in California, an 85-year old Suffolk County, New York, voter at an assisted living facility and Mary Winton Green, a 97-year old retired philanthropist and Cook County, Illinois voter who first voted in 1944,” The New York Times reported.

The lawsuit points to the various changes DeJoy has made, like a hiring freeze and banning overtime, that are slowing down mail service in advance of November’s elections. Those changes, though, highlight—as the Biden campaign pointed out to Greg Sargent—that the Postal Service was able to deliver mail in a timely fashion with current funding levels until DeJoy went to work on it. So what’s needed most urgently is leadership that isn’t trying to sabotage the organization, more needed than even new funding.

Trump is clearly feeling the heat as public attention focuses on his mail delays:

Gee, that’s convincing after months of attacks and less than a week after he explained the reasoning for depriving the Postal Service of resources, saying: “Now they need that money in order to have the post office work so it can take all of these millions and millions of ballots,” and “if they don't get those two items that means you can’t have universal mail-in voting.”