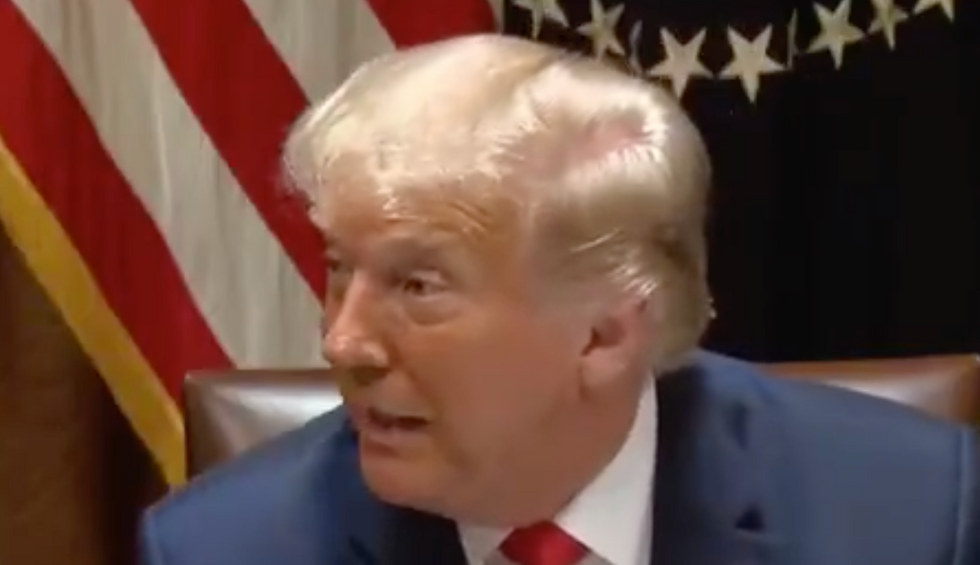 Breaking from the normal Fox News pack that lavishes praise on Donald Trump, political editor Chris Stirewalt penned an editorial for the conservative network's website saying the president increasingly appears to be desperate as the November election nears.

As Stirewalt notes, in 2016 Trump ran like a man who didn't care if he won or he lost and that was part of his appeal as a novice politician. Pointing out that politicians of any stripe who indulge in "the say anything, do anything, ends-justify-the-means approach to politics" is "queasy making" he adds that Trump has entered that stage of his political career.

While noting that the president seems to have learned nothing from his attempt to dig up dirt on former Vice President Joe Biden that led to his impeachment, Stirewalt said the president is at it again in his quest to remain in office.

"We’re back in that same tall grass again this week as Trump toys publicly with a threat to sabotage mail-in voting unless House Democrats agree to his demands on a coronavirus stimulus. As Trump said today, unless Nancy Pelosi agrees to cut out spending that would benefit big cities, he will refuse any measure to provide the Postal Service the money it needs for the election," he wrote. " As with his Ukrainian power play, Trump seems not to understand how this position might look to voters coming from the president who directs through his appointees the Postal Service: Give him what he wants, or he will precipitate election disaster that he believes would be in his benefit."

Noting that Attorney William Barr appears to be doing the president's bidding by going after government officials who investigated his 2016 campaign's ties to Russia, the Fox News editor added that is just one more ploy the frantic Trump is attempting -- and the optics don't look good.

"The president’s supporters may be glad that he is doing what he accused his predecessor of: Trying to use government authority to try to maintain power. He and they may believe that such conduct would be justifiable and even morally right given their view that the Obama administration did it first. But what they cannot say is that it is politically wise to be seen doing so," he wrote before adding, "Voters do not like desperation for power. What they like even less is desperation to maintain it. As Trump fumes and rages and threatens he does not much seem like a man with the light touch on the reins that voters prefer."