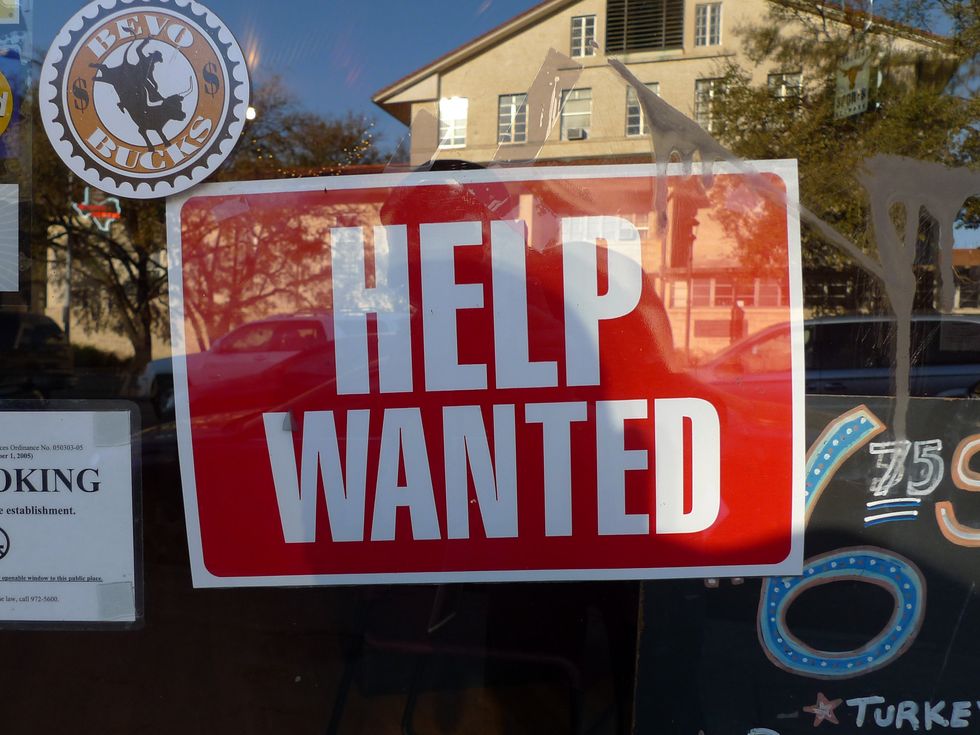 The U.S. Labor Department announced Thursday that national jobless claims last week again surpassed a million—a revelation that led some economists to issue new calls for Congress to re-implement the $600 pandemic-related weekly boost to unemployment benefits that Senate Republicans and President Donald Trump let expire at the end of July.

Andrew Stettner, a senior fellow at the Century Foundation, a progressive think tank, responded on Twitter with a jab at the debunked GOP talking point that the boost to unemployment insurance (UI) discouraged Americans from returning to work:

In a Thursday blog post for the Economic Policy Institute (EPI), senior economist Heidi Shierholz, the think tank's director of policy, put the new figure at 1.4 million workers—accounting for 892,000 who applied for regular state unemployment insurance and 543,000 who applied for Pandemic Unemployment Assistance (PUA), a program serving people traditionally excluded from jobless benefits.

"Some headlines this morning are saying there were 1.1 million UI claims last week, but that's not the right number to use," she argued, explaining that the figure ignores PUA applications and uses seasonally adjusted data, "which is distorted right now because of the way Department of Labor (DOL) does seasonal adjustments."

As of August 15, according to EPI, "DOL numbers indicate that right now, 29.1 million workers are either on unemployment benefits, have been approved and are waiting for benefits, or have applied recently and are waiting to get approved." Shierholz wrote that "we remain 12.9 million jobs below where we were before the virus hit, and the unemployment rate is higher than it ever was during the Great Recession. Now isn't the time to cut benefits that support jobs."

Shierholz took aim at a related "sham" executive action that Trump issued in early August. Since the $600 boost that came from March legislation expired last month, federal lawmakers and the White House have failed to strike a deal on another broad coronavirus relief package, and the president responded by issuing a Lost Wages Assistance (LWA) memorandum which critics have decried as a "false promise" that excludes the poorest Americans.

Trump authorized using $44 billion in disaster relief funds from the Federal Emergency Management Agency (FEMA) to temporarily increase UI benefits by $400 per week, but with the caveat that states must contribute 25% or $100. This week, a memo from the agency suggested that the added benefits could run out in just three weeks. As Forbes reported Tuesday, many states are still in the process of gaining FEMA approval for expanded benefits.

The President’s executive memorandum is a nothing burger and a false promise that actually does more harm than good… https://t.co/5ckUKnwMSP
— Heidi Shierholz (@Heidi Shierholz)1597927382.0

"This is cruel, and terrible economics," Shierholz wrote of the president's approach. "The extra $600 was supporting a huge amount of spending by people who now have to make drastic cuts. The spending made possible by the $600 was supporting 5.1 million jobs. Cutting that $600 means cutting those jobs—it means the workers who were providing the goods and services that UI recipients were spending that $600 on lose their jobs."

The EPI economist also noted that "there are 11.2 million more unemployed workers than job openings, meaning millions will remain jobless no matter what they do," and "many people are simply unable to take a job right now because it's not safe for them or their family, or because they have care responsibilities as a result of the virus." Slashing the $600 boost, she added, can't force people to get jobs that don't exist and causes hardships for those who aren't seeking jobs right now for other reasons.

Stettner, in a series of tweets Thursday, blasted Trump's plan as "an administrative nightmare" that is inferior to the Health and Economic Recovery Omnibus Emergency Solutions Act (HEROES) Act—legislation the Democrat-controlled House passed in May but that Senate Majority Leader Mitch McConnell (R-Ky.) has refused to put up for a vote and Trump has threatened to veto even if it was approved by the upper chamber.

"Rather than a real proposal to meet the needs of the unemployed, LWA gives political cover to the White House and Senate GOP to walk away from negotiations until Labor Day," Stettner added. "It's time to #ExtendUI and #Savethe600, now and for as long as the pandemic is making a safe return to work impossible."