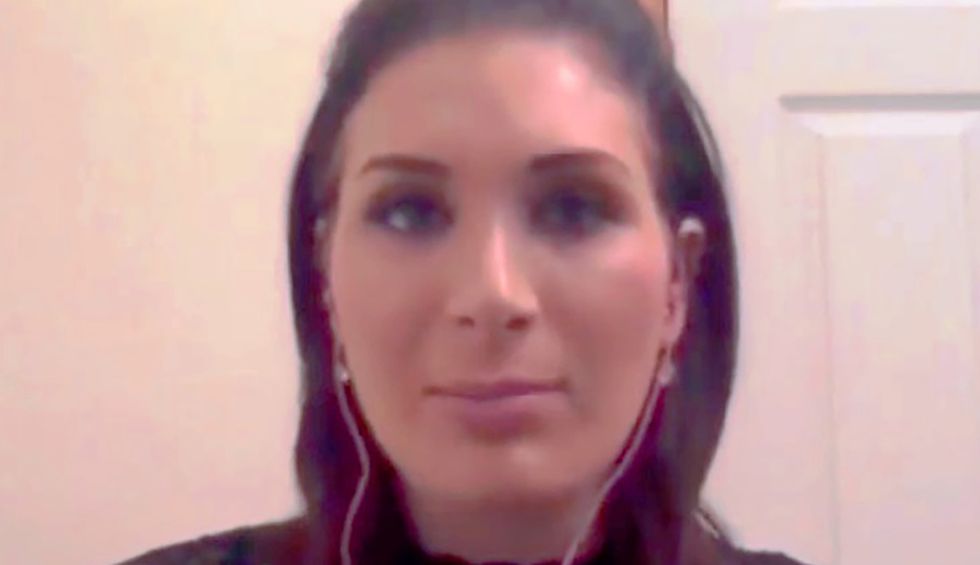 Only a week after QAnon supporter Marjorie Taylor Greene won a GOP congressional primary in Georgia, Laura Loomer won a GOP congressional primary in Florida — and now, Loomer will go up against incumbent Democratic Rep. Lois Frankel in the general election. Given how Democratic Frankel’s district is, Loomer will be fighting an uphill battle — unlike Greene, whose district in Georgia is deeply Republican. But Loomer’s campaign is sure to embarrass her party. This is the same Loomer who was banned from Twitter and other social media platforms because of her hateful rhetoric attacking Muslims and others — and who is so extreme that she was even banned from the 2019 Conservative Political Action Conference after harassing and badgering reporters (a practice she calls “Loomering”).

President Donald Trump was quick to congratulate Loomer on her win:

And Greene congratulated her as well:

Others on social media, however, have described Loomer’s victory as an example of how much extremists have taken over the Republican Party. Here are some more reactions to Loomer’s win:

Okay, so maybe I’m not excited about possibly sending to Congress the woman who slashed her own tires and handcuffe… https://t.co/K3RMuNVdde
— Erielle Davidson (@Erielle Davidson)1597841147.0

@ToddJCefaratti @realDonaldTrump She also used hashtags such as #ProudIslamophobe and #BanIslam on Twitter.
— AZGirl (@AZGirl)1597813678.0

Trump via retweet calls for Twitter to reinstate Laura Loomer, who was kicked off for tweets on @IlhanMN violating… https://t.co/EKOmXUv6p2
— Cristiano Lima (@Cristiano Lima)1597850296.0