Swing voters will decide this year’s presidential election — and Trump wasn’t talking to them during his RNC speech: conservative strategist 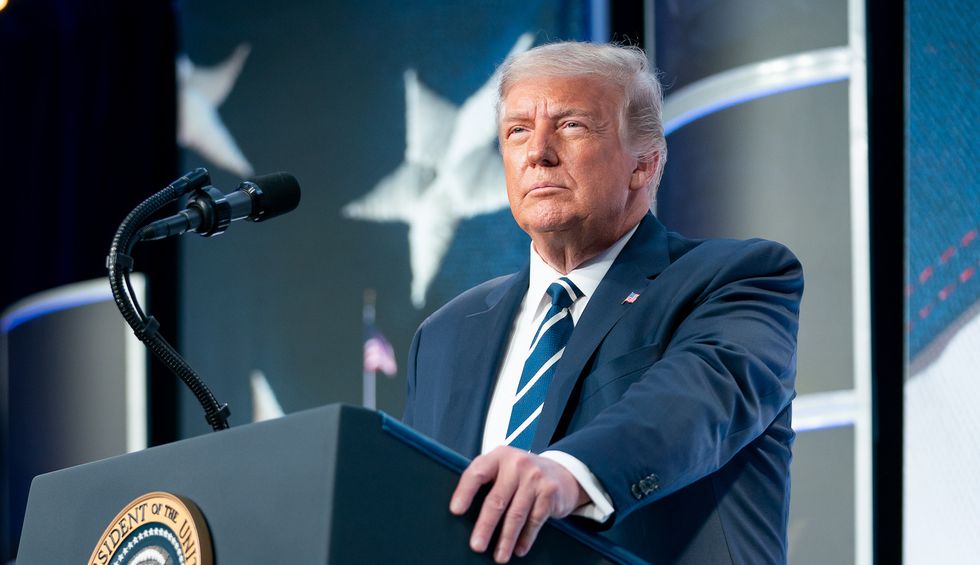 The 2020 Republican National Convention reached its conclusion on Thursday night, August 27, when President Donald Trump gave a 70-minute speech that was clearly designed to rally his far-right MAGA base. Political strategist Reed Galen, a Never Trump conservative and an adviser to the right-wing anti-Trump group The Lincoln Project, analyzes Trump’s speech and the 2020 RNC in an article published in The Bulwark on August 28 — and argues that the convention was aimed at roughly one-third of the U.S. population.

Attacking his Democratic opponent, former Vice President Joe Biden, during his speech, Trump was highly melodramatic and told a non-socially distanced, mostly non-mask-wearing crowd of 1000 or more in Washington, D.C. that if Biden wins, all hell will break loose in the United States. One of Trump’s over-the-top assertions, Galen notes, was, “This election will decide whether we will defend the American way of life, or whether we allow a radical movement to completely dismantle and destroy it.”

Galen, in his article, points out the differences between the Republican convention that just ended and the recent 2020 Democratic National Convention, noting that the latter favored a much bigger tent.

“The Democratic convention was a traditional affair in the sense that it was a carnival of outreach bringing Democrats, Republicans and independents together in an attempt to persuade voters to join a specific vision for the country,” Galen observes. “It featured people as far apart from one another as John Kasich and Bernie Sanders.”

But the 2020 RNC, Galen explains, “featured mostly Donald Trump, his family members, and his most obsequious aiders and abettors: Mike Pompeo, Kellyanne Conway, Matt Gaetz. The RNC had no interest in reaching Democrats, independents or anyone who might be persuadable. The rhetoric was so over-the-top that they weren’t even trying to reach Trump-skeptical Republicans.”

Galen adds, “So whom were they speaking to? Exactly the same 28% to 32% of the country who live in the Trump/Fox/Bannon/Limbaugh flywheel of doom. That’s it. Trump has literally no interest beyond those who follow him unconditionally.”

Many pundits, including liberals and progressives, have stressed that although Trump is unlikely to win the popular vote in November, he might be reelected if he carries enough swing states — and those states range from Pennsylvania to Florida to Arizona. Biden could win as many as 5 million more votes than Trump and still lose the election.

“Trump and his campaign look at their polling and know he can’t win a majority of the vote,” Galen explains. “They’re not even trying. Instead, Trump is hoping to do nothing more than keep the election from being a total blowout on Election Day. That way, he has a chance to roll the dice and hit the Electoral College the hard way — or, failing that, utilize his goon squad to stir up trouble, contest the election and make the transition from his administration to Biden’s incredibly disruptive and painful.”

Galen emphasizes that swing voters will ultimately decide the election — and swing voters weren’t the ones Trump was talking to during his August 27 speech.

“Know this: the race between Joe Biden and Donald Trump will tighten this fall,” Galen writes. “The numbers will close as both Republicans and Democrats come home to their respective tribes. As usual, it will be those 10-15% of swing voters in a handful of states that will ultimately make the decision about which direction America will take. What’s lucky for us, Donald Trump doesn’t care about them any more than he cares about the rest of us.”