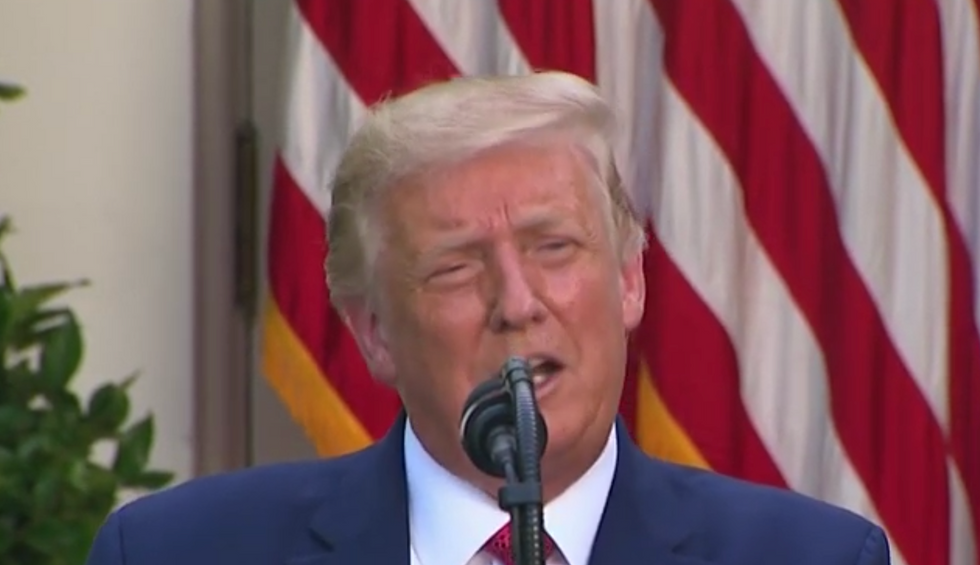 Donald Trump didn't name names, but he clearly thinks the Senate Republicans who haven't proven sufficiently loyal to him know who they are.

"We have a couple of people that aren’t as supportive of Trump as they should be, and those people are going to lose their elections," Trump said Thursday during a call-in interview to Fox Business Network.

Trump, delivering a dispatch from Planet Trump, predicted Republicans would regain control of the House—a nearly impossible task. But he said keeping the Senate would be "tough." That part is true, with the Senate GOP playing almost nothing but defense now to protect fully eight incumbent GOP senators. Still, it’s not true for the reasons Trump thinks.

"You have a few people that want to be cute, and those people are going to lose their elections," Trump reiterated.

Someone's sounding a little testy mob-bossy these days. Trump apparently doesn't like it that nearly every Senate Republican in a tough reelection bid has cut him out of their ads entirely, including Sens. Joni Ernst of Iowa and David Perdue of Georgia, who more recently joined the list of Senate races to watch.

The Hill recalled that Trump stood at the podium the day following the midterms and gloated over all the House Republicans who lost their seats after not proving sufficiently loyal to him. Trump clearly didn't realize he was on the ballot that year and ultimately drove the House GOP's massive drubbing. Those House candidates didn't lose in spite of him, they lost because of him—something Trump failed to comprehend even if Senate Republicans got the memo.

But if Trump thinks a few threats will stop Senate Republicans from being "cute," he'd better think again. There's no honor among the bunch of scoundrels in Trump's den of corruption. Just like Trump, they’re all looking out for No. 1.