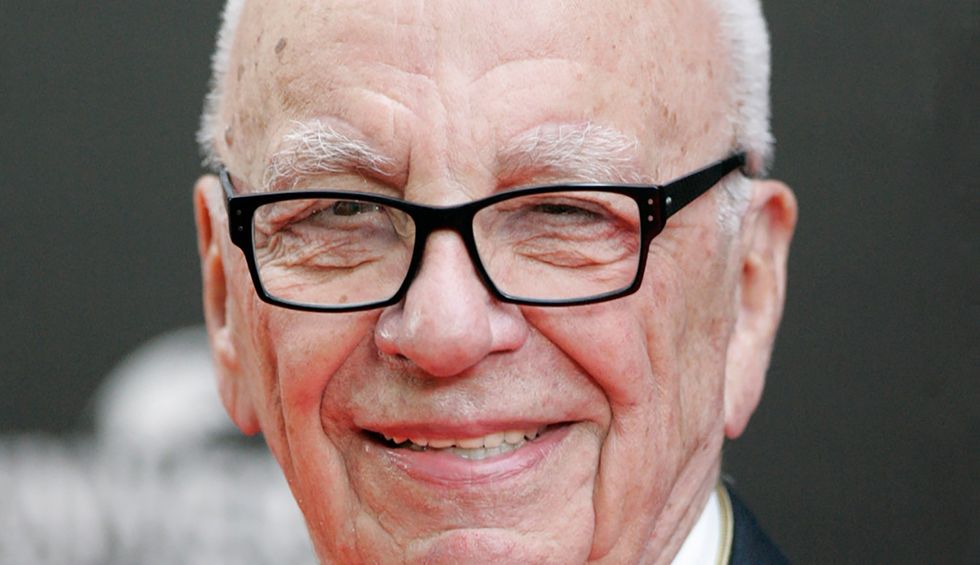 James Murdoch, the former CEO of 21st Century Fox and the youngest son of Fox News founder Rupert Murdoch, has resigned from the board of the family's News Corp media empire, according to a Friday filing with the Securities and Exchange Commission.

James announced the move in an unadorned resignation letter, which reads in its entirety:

I hereby tender my resignation as a member of the Board of Directors of News Corporation (the "Company"), effective as of the date hereof.

My resignation is due to disagreements over certain editorial content published by the Company's news outlets and certain other strategic decisions.

The Murdoch empire is divided between News Corp and Fox Corporation, the umbrella company for Fox News, which has been run by James' brother, Lachlan, following the departure of Roger Ailes amid numerous allegations of sexual assault from women at the network.

James, who has publicly said there are "views I really disagree with on Fox," abandoned the company last year. While he no longer has an official position on either board, he retains his share of the Murdoch Family Trust, which has voting stakes in both companies.

Rupert and Lachlan wished James well in a joint statement.

"We're grateful to James for his many years of service to the company," they said. "We wish him the very best in his future endeavors."

News Corp also holds book publisher HarperCollins, as well as major Australian media companies, some of which drew backlash for what many saw as downplaying the role climate change played in the wildfires that decimated huge expanses of the continent in early 2020.

James has made clear that he does not ascribe to his father's austere conservative politics. He holds a stake in VICE and has given money to Democratic candidates. This June, he and his wife Kathryn each donated $615,000 to the Biden Victory Fund, per Federal Election Commission records.

The political and social tumult over the last few months has given rise to speculation about exactly where the Murdochs stand in relation to the inherited ideology of their empire. The campaign season appears increasingly fraught, as fractures emerge in conservative circles about whether to embrace Trumpism or jettison it amid poor results in polls in hopes of securing congressional wins in November.

Trump himself seems torn about Fox, alternately blasting the network while cultivating close advisory relationships with its biggest draws.

"I was on Air Force One flying to the Great State of Texas, where I just landed," the president tweeted this Thursday. "It is AMAZING in watching @FoxNews how different they are from four years ago. Not even watchable. They totally forgot who got them where they are!"