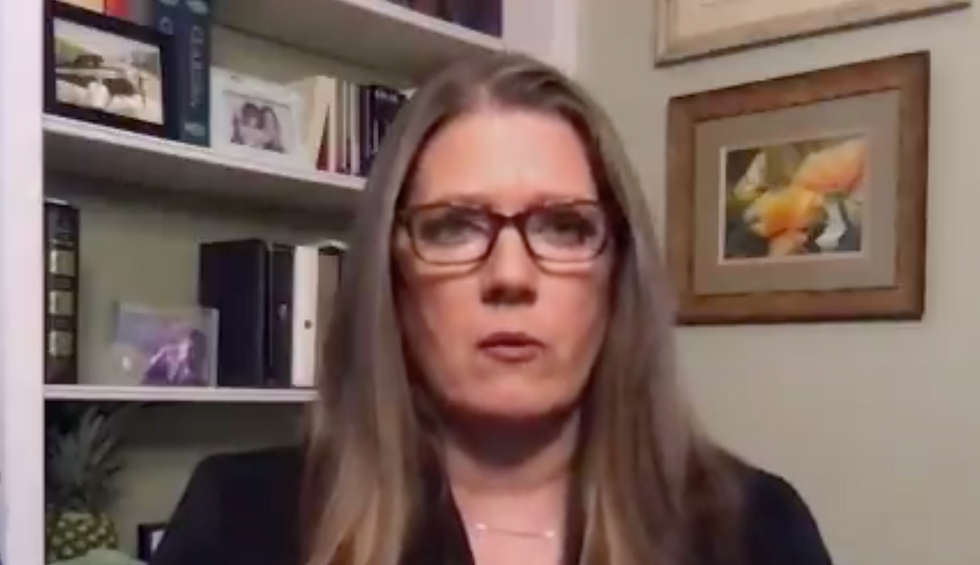 The fourth and final night of the 2020 Republican National Convention concluded on Thursday night, August 27 with President Donald Trump’s acceptance speech, which lasted about 70 minutes. The president’s niece, Mary Trump — author of the recent tell-all book, “Too Much and Never Enough: How My Family Created the World’s Most Dangerous Man” — was highly critical of the speech during an appearance on MSNBC and cited it as an example of why she isn’t supporting her uncle’s reelection.

“It’s as if he thinks Joe Biden is president now and we have to save the country from Joe Biden,” Mary Trump told MSNBC hosts Rachel Maddow, Joy Reid and Nicolle Wallace. “But if the country is a place of division and decadence as he describes it, then I would think that’s down to him, as he’s currently in the Oval Office.”

Mary Trump told Maddow she felt “repulsed” and “heartbroken” by the speech, complaining that there were so many “lies” during the president’s speech that she couldn’t keep track of all of them.

The author also complained, “Donald explicitly co-opted the people’s house for his political party, which is beyond disgraceful.” Mary Trump attacked the speech as oblivious to the realities of the coronavirus pandemic, and she slammed her uncle for his response to the George Floyd protests, saying, “It was a kick in the teeth for peaceful protesters who’ve been attacked and provoked by armed militiamen and policemen who act like they’re in battle.”