Republicans know Trump is destroying conservatism. This GOP operative just explained why they stick by him anyway 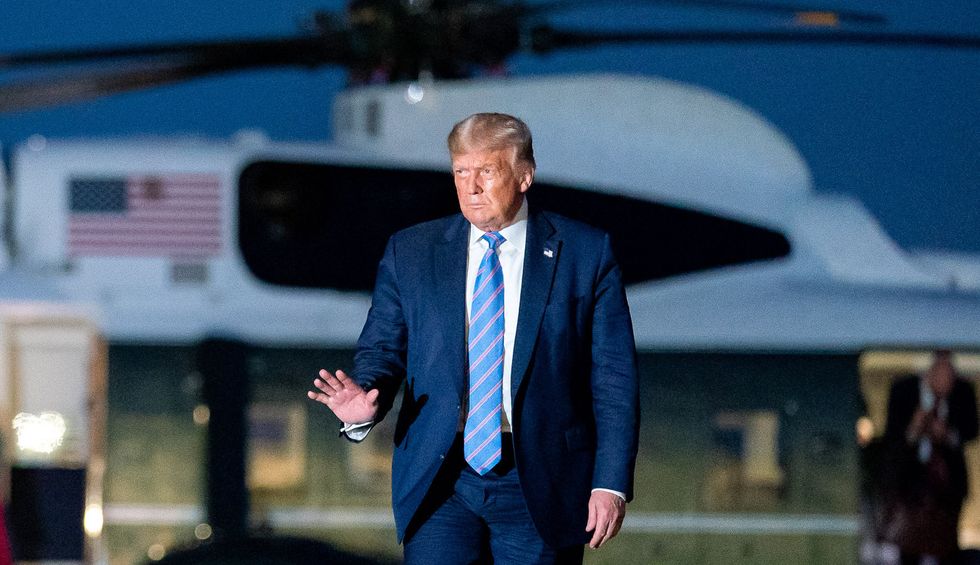 Stuart Stevens has a very conservative resumé: the veteran GOP strategist worked on the presidential campaigns of George W. Bush and Bob Dole, and in 2012, he was the chief strategist for GOP presidential nominee Mitt Romney (now a U.S. senator). Moreover, Stevens worked with a long list of Republican governors and members of Congress. But these days, Stevens is a Never Trump conservative and is working with the right-wing anti-Trump group The Lincoln Project. During an interview with Politico’s Michael Grunwald, Stevens discussed his new book, “It Was All a Lie: How the Republican Party Became Donald Trump” — and he laid out some reasons why the GOP has allowed Trumpism to prevail even though Trump has been terrible for the party.

Stevens told Grunwald, “All these Republicans who know Donald Trump is a disaster will try to justify it, because they got something they wanted. Mitch McConnell thinks Trump will be remembered as his fool, and I think the odds are pretty good it’s going to be the other way around. Republicans always say that you can’t negotiate with terrorists; well, Donald Trump is a terrorist, and the Republican Party decided to negotiate with him. How has that worked out? He’s destroyed conservatism. He’s the most anti-conservative president of my lifetime.”

Grunwald noted that Stevens went from helping many Republicans get elected to comparing the modern GOP “to Bernie Madoff, to the mafia” in his book and has even made “a bunch of Nazi Germany comparisons.” When Grunwald asked Stevens about the “reaction of the people you used to work with,” he responded, “Look, these people know who they are. They all know Donald Trump shouldn’t be president. They all know something wrong has happened in the party. For the most part, they’re just quiet about it. You won’t hear them defend Trump except as a necessary evil.”

Like others in The Lincoln Project, Stevens has made no secret of the fact that he hopes President Donald Trump loses to former Vice President Joe Biden — the 2020 Democratic presidential nominee — in November. And during the interview with Grunwald, he slammed fellow Republicans for refusing to publicly criticize Trump.

“You have good people letting evil happen,” Stevens told Grunwald. “For the most part, these Republicans aren’t bad people. If you moved in next door, they’d be a great neighbor. But that was true of a lot of segregationists I knew growing up in Mississippi.”

Looking back on his history, Stevens told Grunwald that he is proud to have worked with “some great governors” in the past — and he cites former Pennsylvania Gov. Tom Ridge and former Massachusetts Gov. Bill Weld (now outspoken Never Trumpers) as two examples. Stevens also noted that he “didn’t work for the Jesse Helmses of the world.”

The late Jesse Helms was a notoriously racist Republican senator from North Carolina.

Looking back, however, Stevens now says that he could have done more to counter the ugly side of the GOP — which he believes has overtaken the party.

“I do regret not thinking more about the reality of this dark side of the party,” Stevens told Grunwald. “When I worked for Mitt Romney, I thought — and I still think this is right — that we were fighting the Newt Gingrich side of the party, which is now the Trump side of the party. And we won. So, it’s hard for me to say I wish I had done this differently or that differently.”