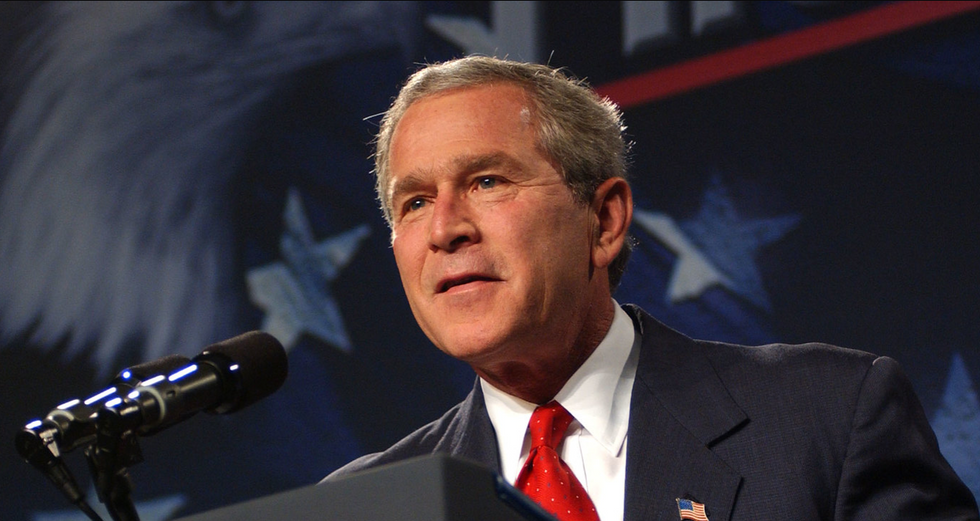 One of the most nail-biting presidential elections in U.S. history came in 2000, when Americans were unsure whether Democratic Vice President Al Gore or Republican Texas Gov. George W. Bush won Florida’s electoral votes. In an article for The Atlantic, four reporters (Ena Alvarado-Esteller, David A. Graham, Cullen Murphy and Amy Weiss-Meyer) take an in-depth look at the 2000 election and the Gore-Bush recount in Florida and explain why the 2020 presidential election is likely to be even more “chaotic.”

“Twenty years ago this fall,” the reporters recall, “the United States was plunged into 36 days of turmoil as lawyers, judges, political operatives and election workers grappled with the uncertain result of the presidential contest in Florida. Whoever won the state would win the presidency. In the end, after start-and-stop recounts and the intervention of courts at every level, Texas Gov. George W. Bush, the Republican candidate, was declared the victor, edging out Vice President Al Gore, the Democrat.”

For their article, The Atlantic’s reporters interviewed more than 40 people — both Republicans and Democrats — who were involved in the 2000 election, from GOP strategist Karl Rove to former Democratic Sen. Joe Lieberman, Gore’s running mate. And the journalists offer a comprehensive analysis of what went down during the weeks in which Americans were unsure whether Bush or Gore would be the next president of the United States. But as “crazy” and “chaotic” as that election was, the reporters emphasize, 2020’s presidential election is shaping up to be even worse.

“Today, at a time far more polarized than two decades ago, not just one, but every state, faces potential challenges to the integrity of its electoral process,” Alvarado-Esteller, Graham, Murphy and Weiss-Meyer explain. “In many states, the balloting technology is antiquated. And in many states, registering to vote has deliberately been made harder, especially for the poor and people of color. A continuing shift toward widespread voting by mail — accelerated by the COVID-19 pandemic — seems likely to provoke lawsuits based on discredited claims that the practice spurs voting fraud.”

To make matters worse, they add, election officials are voicing concerns about “whether the U.S. Postal Service can handle the expected volume and return marked ballots to election officials in time for them to be counted in November’s national elections.”

The reporters note, “On August 13, in an interview on Fox News, President Donald Trump declared his opposition to providing the financially troubled USPS with additional funding, giving as an explicit reason a desire to hamper mail-in voting, which he had previously said ‘doesn’t work out well for Republicans’…..  On August 14, The Washington Post reported that the Postal Service had informed 46 states and the District of Columbia that it could not guarantee that mailed-in ballots could be delivered in time to be counted.”