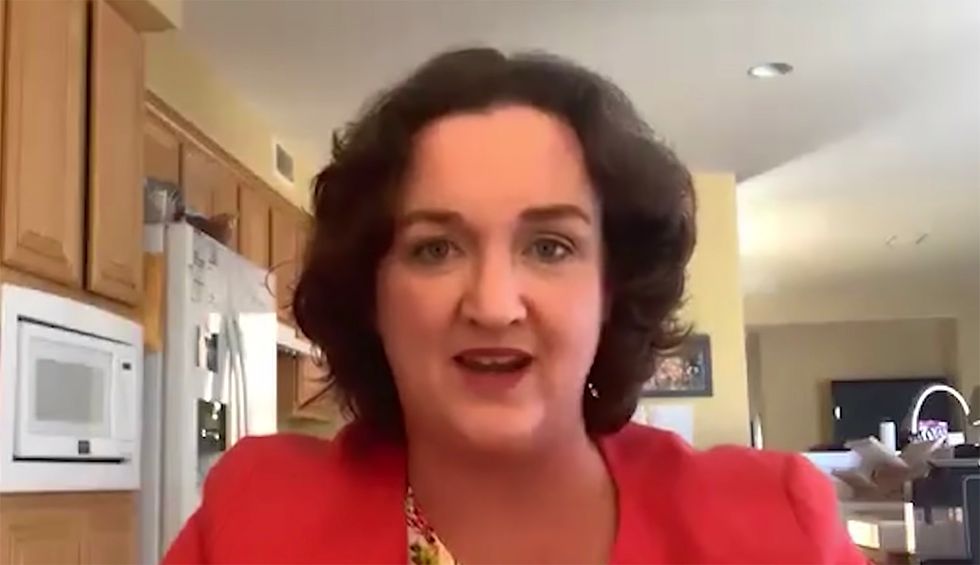 Rep. Katie Porter is demanding a "full, independent" inspector general investigation into whether President Donald Trump flouted longstanding ethics laws to put a former pharmaceutical executive with a slew of potential conflicts of interest in charge of the White House initiative tasked with developing a Covid-19 vaccine.

In a letter Wednesday to the inspectors general of the Health and Human Services Department and the Office of Personnel Management, the California Democrat expressed alarm at "reports that President Trump is violating ethics laws and established procedures in order to place individuals at the helm of his administration's vaccine research and development efforts without subjecting them to standard requirements of government employees."

"Abiding by clear and longstanding ethics guidelines prevents distrust and confusion," Porter wrote. "By evading these longstanding laws, the administration is harming public trust in the vaccine effort. As such, I request that you conduct an investigation into Dr. Moncef Slaoui's employment as the co-leader of Operation Warp Speed, make recommendations on his government employment status, and provide a public record on the results."

Trump appointed Slaoui to help lead the $10 billion public-private coronavirus vaccine effort in May, prompting outcry from government watchdogs who said Slaoui's current investments in the pharmaceutical industry and past as an executive at healthcare giant GlaxoSmithKline should have disqualified him from serving in the role.

Last month, as Common Dreams reported, the HHS inspector general ruled that Slaoui does not have to disclose or sell off his investments in the pharmaceutical industry because the Trump administration classified him as a "volunteer contractor" rather than a federal employee.

"Dr. Slaoui has 'maintained that as a consultant, he is only offering advice and not making decisions,' but considering his leading role as one of two individuals in charge of Operation Warp Speed, this seems implausible," Porter wrote Wednesday. "Though Dr. Slaoui had said he would accept a payment of only $1 for his services, Politico reported [late last month] that the arrangement is covered through a $611,500 contract."

The California Democrat noted that former Pfizer executives William Erhardt and Rachel Harrigan are also covered by the contract, raising further concerns that Trump appointees are unethically profiteering off a taxpayer-funded initiative.

"This process must be transparent in order to instill confidence in the American people that this vaccine is safe and effective," Porter wrote. "Any sense that the leaders of Operation Warp Speed are working to serve their respective interests, rather than the public health and safety of the American people, threatens to undermine this objective."