QAnon functions ‘like a video game’ to ‘hook’ converts — and some of them include former Navy SEALs: reports 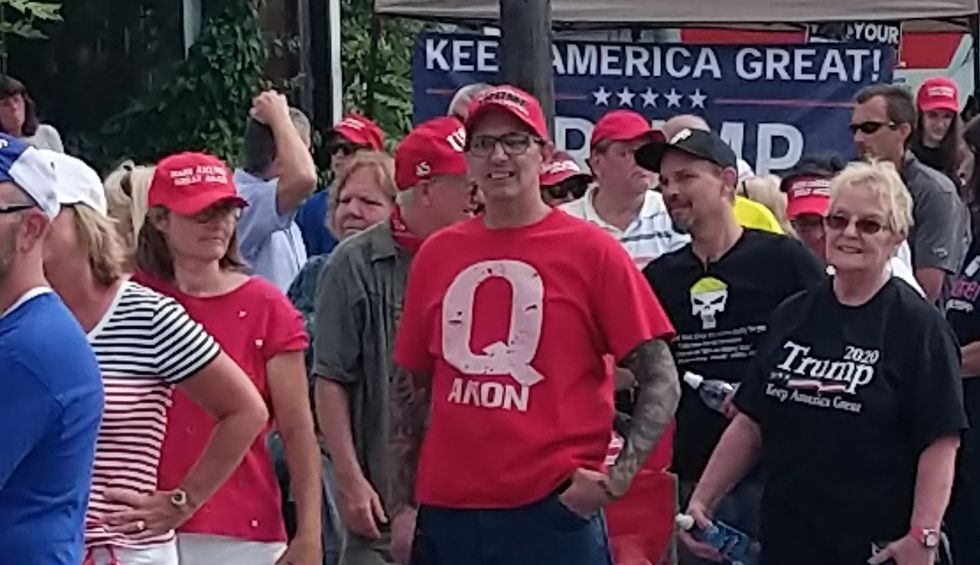 More than likely, a full-fledged supporter of the QAnon conspiracy cult will be sworn into the U.S. House of Representatives in January 2021: Marjorie Taylor Greene, on August 11, won a GOP primary in Georgia’s 14th Congressional District — and given how overwhelmingly Republican that district is, she is going into the general election with a major advantage. QAnon is showing no signs of slowing down, and according to the Daily Beast’s Kelly Weill, the cult is attracting some well-trained military veterans.

QAnon believes that President Donald Trump was sent to the White House to combat an international pedophile ring that has infiltrated the United States’ federal government and practices Satanism. Cult members also believe that an anonymous figure named “Q” is giving them updates on Trump’s battle against the satanic pedophiles.

FBI agents have warned that QAnon followers are quite capable of violence. And Weill, in an article published in the Beast on August 18, warns that some well-trained military veterans are embracing the cult.

“In particular, some ex-(U.S. Navy) SEALs are promoting belief in QAnon or related theories that falsely accuse many of President Donald Trump’s opponents of being involved in satanic pedophilia and cannibalism,” Weill reports. And according to Marc-André Argentino of the Global Network on Extremism & Technology, the potential for QAnon-related violence should not be ignored.

Argentino told the Beast, “The violence we’ve seen has been by people without acumen and physical training. Where it could get scary is with people who do have training.”

Weill cites Louis Garrick Fernbaugh, a former Navy SEAL, as an example of someone who has been promoting far-right conspiracy theories — and he is obsessed with billionaire George Soros and Antifa. Another former SEAL Weill discusses is Stephen Ralston: on Instagram, according to Weill, Ralston “frequently uses QAnon hashtags, promotes Q videos, and posts about his interest in killing pedophiles. Although opposition to pedophilia is an overwhelmingly popular sentiment across political parties, QAnon turns the concern into a bogus call to arms against Trump’s foes.”

According to Argentino, “QAnon is rooted in this war narrative, in the sense that they’re in an information war against the ‘Deep State.’ Information wars are typically combined with a more physical element.... (Veterans) may want to be called upon to free the children from the pedophiles.”

One of the things that QAnon is doing to attract converts, Kyle Daly reports in Axios, is “working like a video game.”

“Game designer Adrian Hon has argued that QAnon is a lot like an alternate-reality game, in which players follow a trail of clues online and off, to solve mysteries or just discover more clues to chase,” Daly explains. “But QAnon also echoes other game genres, mashing them together to become an all-encompassing, highly addictive experience. Intentionally or not, it has rolled up gameplay components from the past several decades of game design.”

QAnon, according to Daly, also has elements of an “adventure game.”

“Adventure games are built around puzzle solving, with players using exploration and trial and error to discover secrets and backstory and progress through the game,” Daly notes. “Many classics of the genre have the player unravel a sinister conspiracy. At the center of QAnon are cryptic messages posted online by ‘Q,’ who claims to be a Trump Administration official with high-level clearance. QAnon adherents pore over these posts, often written in phony spy jargon, to divine  clues and secret messages and make fresh links in the grand conspiracy aligned against Trump.”