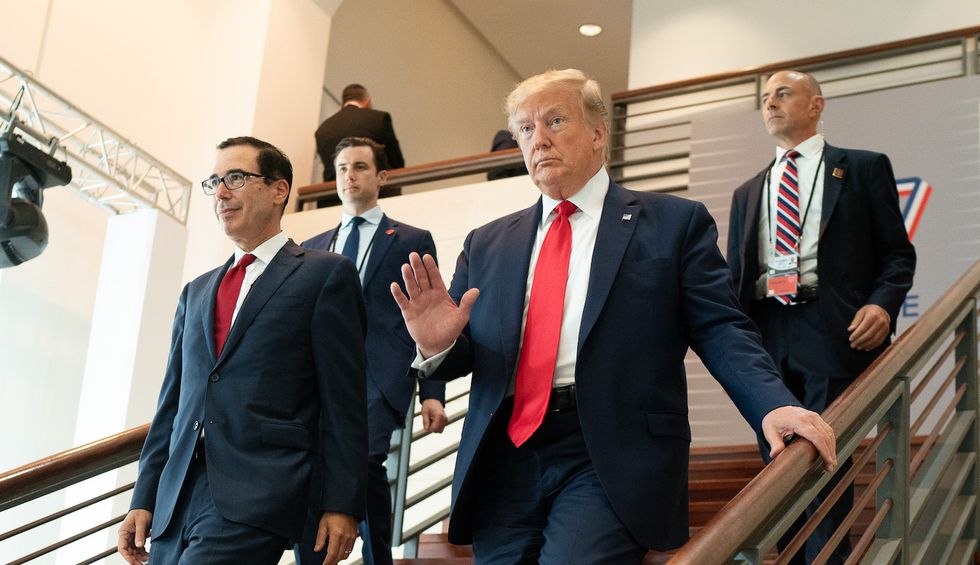 President Donald Trump is traveling to New Hampshire Friday evening where he will hold a short rally then head back home to the White House.

As the presidential motorcade made its way to Joint Base Andrews to board Air Force One the White House press pool released some very descriptive details.

Most press poolers try to capture the scene wherever they go, delivering descriptions including information about the weather, sometimes what the president is wearing, if there are supporters or protestors and what they're doing.

This particular scene apparently offered a large number of details.

"The president's motorcade moved down Pennsylvania Avenue on a route that took us past throngs of protesters who are presumably here for the events marking the anniversary of Rev. Martin Luther King Jr.'s March on Washington," the pool report reads.

"Many of the protesters along the avenue greeted the motorcade with raised middle fingers," it notes.

"There were far too many middle fingers to count. Several of the peope in the crowd opted to raise both of their middle fingers in a double barreled one finger salute," it continues. "Some of the protesters waved signs. A few that were clearly legible read 'BLM' and 'BLACK LIVES MATTER.' One man's sign that was visible from the motorcade said, 'WHITE SILENCE = BLACK DEATH.'"