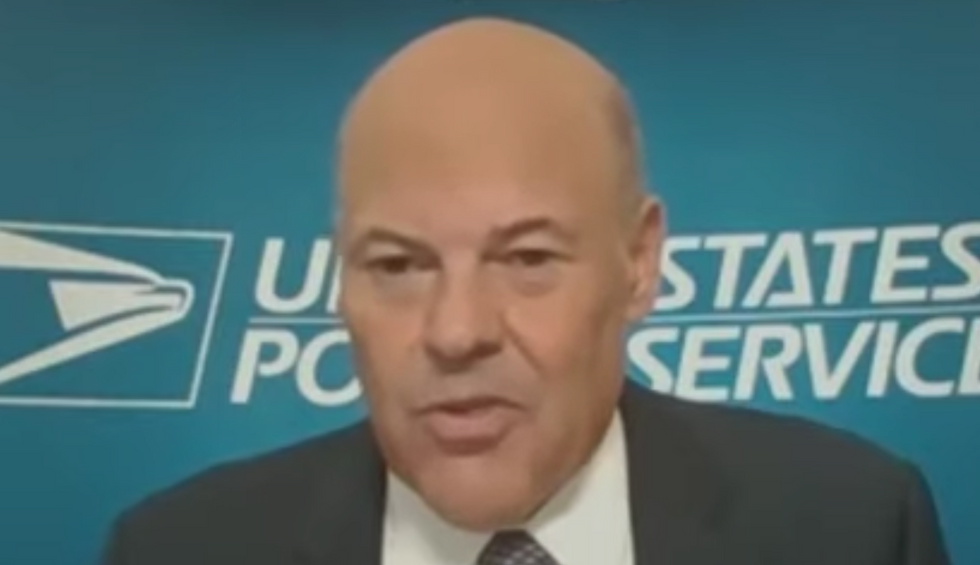 Postmaster General Louis DeJoy, a high-dollar donor to President Donald Trump, appeared to contradict the warnings his own agency made to 46 states three weeks ago about its ability to deliver election mail on time as he testified Friday before the Senate.

"The Postal Service will deliver every ballot," DeJoy, who has given more than $1 million to the GOP and committees supporting the president, told the Senate Homeland Security and Governmental Affairs Committee.

DeJoy added that he supports mail-in voting by mail — a practice which Trump has routinely attacked without evidence as vulnerable to rampant fraud while availing himself of the practice — and plans to vote by mail himself this November.

"The American people can feel confident that the Postal Service will deliver on this election," DeJoy told the committee, committing to Sen. Maggie Hassan, D-N.H., that his agency would deliver 95% of mail within 24 to 72 hours of Election Day.

The U.S. Postal Service (USPS) warned 46 state boards of elections in letters this July that their deadlines might impede the timely delivery of mail-in ballots, possibly disenfranchising millions of voters. Those deadlines often allow for a week or more of delivery time ahead of Election Day, as well as windows of up to a week hereafter.

When Hassan asked DeJoy for his "detailed plans" to "ensure" the timely delivery of election mail, the top postal agent said he did not think he would be able to hand over complete plans to Congress by Sunday evening. (He is slated to testify again before the House the following morning.)

Under questioning from Sen. Mitt Romney, R-Utah, whose 2012 campaign benefitted from $10,000 in maxed-out direct donations from DeJoy and his wife, the postmaster general — a businessman who made a fortune in private sector supply chain management and who has no previous experience in the agency — said he was "extremely highly confident" that the agency would be able to deliver ballots to precincts on time.

Romney asked the top postal official whether he was confident that "virtually all the ballots mailed within the seven days before the election will be able to be received and counted."

"Extremely highly confident. We will scour every plant for each night leading up to Election Day," DeJoy replied. "Very, very confident," he added.

Still, it remains unclear whether DeJoy can be held accountable for his commitment given the ongoing pandemic or recent changes at the agency, such as taking mail sorting machines offline. DeJoy testified Friday that none will be returned before Election Day.

"There's no intention to do that," he said. "They're not needed."

Democrats have worried that recent cost-cutting moves, including the removal of the sorting machines, will impact the expected surge in voting by mail this fall. Since DeJoy took over, the agency has cut overtime — the postmaster general told senators he had no personal role in that decision — and instituted policy changes which have slowed delivery across the country. The removal of mail equipment from some post offices has left mail to "pile up," according to the head of the Iowa Postal Workers Union.

Speaker of the House Nancy Pelosi, D-Calif., and Senate Minority Leader Chuck Schumer, D-N.Y., said last week that DeJoy had "confirmed that contrary to prior denials and statements minimizing these changes, the Postal Service recently instituted operational changes" shortly after he assumed office.

DeJoy's testimony also appears on the surface to contradict the recent warnings the USPS made to 46 states. In late July, the USPS sent letters warning boards of elections in the states that the agency might not be able to process mail-in ballots in time to ensure they are counted in the 2020 presidential election, citing "incongruous" deadlines.

Minnesota Secretary of State Steve Simon told Salon last week that he was "worried" about a "coordinated effort at the federal level" to scare voters from using mail-in ballots after receiving a warning that his state's vote-by-mail deadline might be too tight for the agency's "delivery standards." Simon on Friday expressed hope that DeJoy would follow through on his commitment to senators but emphasized confidence in his state's independent capacity to execute elections.

"From our perspective in Minnesota, we are glad that USPS is confident," a spokesperson for Simon told Salon in a Friday email. "Regardless, we are particularly well positioned here. Our nation-leading absentee period means we're primed to vote early and reduce the stress on our frontline postal workers. We are encouraging Minnesotans to leave plenty of time for their ballots to be received and counted, and we're confident they will hear the message."

DeJoy also told senator that the USPS will continue to prioritize ballots over other mail, as it has in prior elections. He gave mail-in voting, a practice routinely derided by Trump, his personal endorsement, saying he had "voted by mail for a number of years" and plans to do so this year.

But DeJoy also expressed concerns about recent systemic delays, saying: "We all feel bad about what the dip in our service level has been."