Newsweek claims birtherism article about Kamala Harris isn't about race. Of course it is 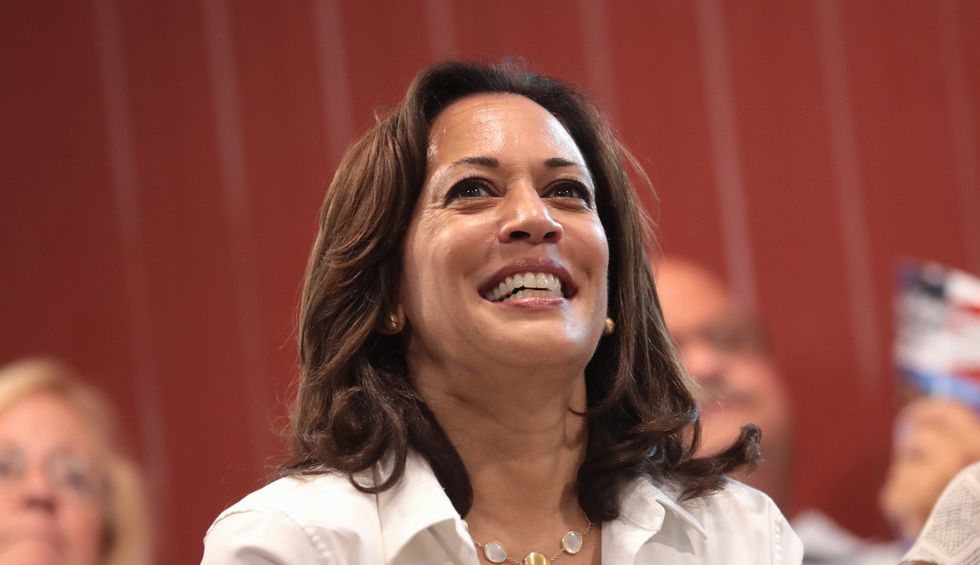 On Wednesday, Newsweek choose to go long on the New Birtherism by publishing an article from law professor John Eastman questioning Kamala Harris’ eligibility as a vice presidential candidate. And when that article generated an entirely justifiable amount of anger, Newsweek decided to double down with an “editor’s note” claiming that this article had “no connection whatsoever to so-called ‘birther-ism,’ the racist 2008 conspiracy theory aimed at delegitimizing then-candidate Barack Obama.” Instead, says the editors of Newsweek who provided this platform to Eastman, it’s just an “arcane legal debate” that they happen to be fronting.

The problem with this is … of course it’s racism. Eastman isn’t some random law professor arguing the definition of a particular clause in the 14th amendment, he’s a Federalist Society chairman and former clerk to Clarence Thomas. Eastman is also a fellow of the hard-right “think tank” the Claremont Institute, which last year provided a fellowship to Pizzagate promoter Jack Posobiec. It’s an honor Eastman shares with John Hinderaker. Hinderaker, who just happened to come up with the same argument against Barack Obama. Because it’s absolutely about race—and Eastman makes that blazingly clear from the start.

To be absolutely clear, the New Birtherism isn’t about where Kamala Harris was born, just about who she happened to be born to. Here’s Eastman’s own words about this “dispute.”

Her father was (and is) a Jamaican national, her mother was from India, and neither was a naturalized U.S. citizen at the time of Harris' birth in 1964.

Eastman’s entire claim then is that, despite being born in Oakland, Harris was unfortunate in having the wrong parents. So she isn’t really an American. Not an American like Eastman. This argument isn’t somehow less racist than claims that Barack Obama wasn’t actually born in the United States, it’s more directly, more openly so.

Eastman then spends the remainder of his article making the long-demolished case that the 14th Amendment was never intended to let just anyone born in the United States be an American, despite the clear language of the article. None of this matters. It doesn’t matter in part because it’s 1) an argument invented decades after the fact that subverts the phrase “subject to the jurisdiction thereof” to turn the intent of the amendment on its head, 2) an argument that has been rightfully dismissed by courts at all levels, and 3) outright nonsense which is only invoked if the candidate in question happens to be other than white.

How far did Eastman’s Claremont Society pal Hinderaker go in attempting to apply this same string of “not really an American” to Barack Obama? While pretending to be dismissive of birthers, Hinderaker came up with kinder, gentler birtherism. “It isn't absurd to imagine that a politician who had one American and one non-American parent could learn,” wrote Hinderaker, “perhaps as an adult, that he was born abroad and therefore not a citizen after all, and try to cover up the fact." By the way, if the name John Hinderaker is tickling some deep well of memory, he was once infamous as the man who pondered: “It must be very strange to be President Bush. A man of extraordinary vision and brilliance approaching to genius, he can't get anyone to notice."

In Eastman’s case, it’s true enough that his piece isn’t purely aimed at disenfranchising Kamala Harris. That’s because the argument he makes is also intended to turn every child of immigrant parents into a non-citizen. His birtherism is of the end birthright citizenship variety.

Eastman’s argument against Harris falls back on the whole claim that being born in the United States isn’t enough—to be a citizen, someone has to be born to parents who are also citizens and “subject to the complete jurisdiction” of the United States. Which is, as has been rightly pointed out, such a tail-eating argument that it consumes the whole of the 14th Amendment. To support his claim that this is somehow the original intent of the authors of that amendment, Eastman goes where his fellow anti-birthright authors always do—to Michigan attorney Thomas Cooley, who happens to not only have been uninvolved in writing the 14th Amendment, but to have published his book on constitutional limitations before that amendment was written. Why do Eastman and others continually cite Cooley, and why have they elevated him to the supposed “leading constitutional treatise writer of the day”? That would be because Cooley is the only contemporaneous voice they can find that appears to give an opinion edging toward the desired outcome of those seeking to end birthright citizenship.

In defending their running of Eastman’s attack on Harris—and every other child of immigrant parents—Newsweek claims that the 14th Amendment is “heavily studied” and that questions were raised concerning John McCain and Ted Cruz during their president runs because both were born outside the United States. That argument is, to put it mildly, bullshit. No Democratic candidate stood on stage and called either McCain or Cruz ineligible for office. No national paper put forth a serious article making that case. And no whole industry on the left engaged in attempting to foist the idea of constitutional ineligibility as a stumbling block to the candidacy of either McCain or Cruz. The fact that both were born outside the U.S. was acknowledged, and dismissed. Just about the only serious concern raised about either man came in the form of internal Republican politics, where not just Donald Trump, but John McCain, whether Cruz was genuinely eligible. But even then it should be pointed out McCain gave his statement in a response generated by Republicans like Eastman who thought that Cruz—son of a Cuban immigrant—was too other to be a true American.

Newsweek’s idea of defending Eastman is to simply repeat his entire case, but with claims that are even more vague (“leading law schools have long entertained debates” and “scholars robustly disagree”) and lacking even Eastman’s pissant attempt at finding a citation. Then they end with a claim about Eastman that delivers him a spit-and-polish shine far more gleaming than Eastman awarded Cooley, calling him “a preeminent constitutional scholar.” Eastman is nothing of the sort.

Eastman is another hack who exists within the cotton-soft swaddling of the right-wing think tank industry and his position exists only to provide a mallet to swing against not just Kamala Harris but millions of Americans whose parents aren’t American enough—aren’t specifically white enough—for the likes of John Eastman and his benefactors. It isn’t just racism, it’s racism from a racism factory.

It’s racism. It’s xenophobia. It’s an attempt to disenfranchise Kamala Harris and steal American citizenship from generations. It’s an argument that would turn on its head every “born on Ellis Island” story of children of immigrants who are just as American as any other American. Newsweek should be embarrassed to have published it, and ashamed to defend it.