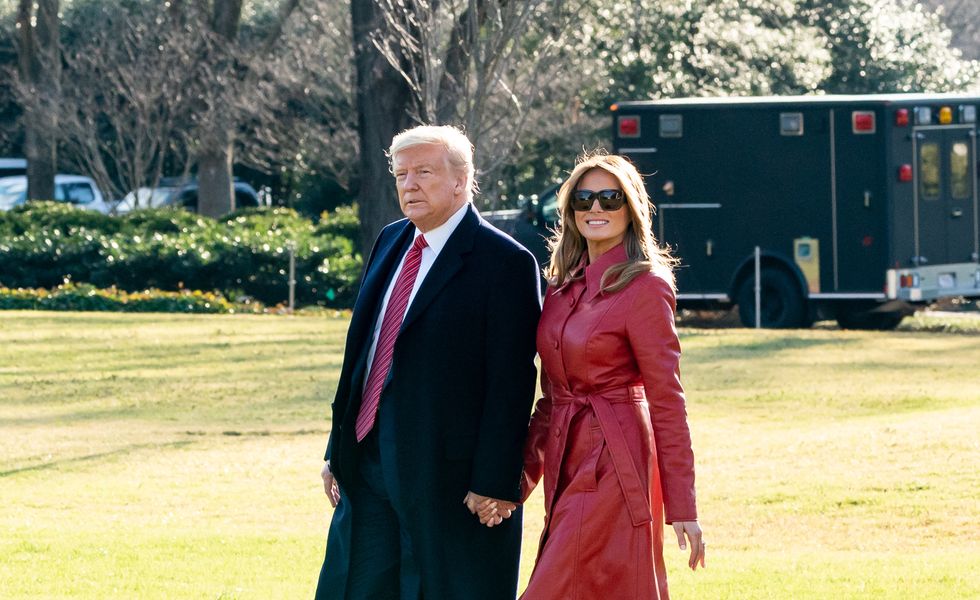 Pundits have been using the word “empathy” a lot in connection with the speech that First Lady Melania Trump delivered on the second night of this year’s Republican National Convention — stressing that she tried to show “empathy” in an effort to soften President Donald Trump’s image. But according to a new book by former Melania Trump adviser Stephanie Winston Wolkoff, empathy is one of the things that she lacks.

Wolkoff’s book, “Melania and Me: The Rise and Fall of My Friendship With the First Lady,” is due out this Tuesday, September 1, and Vanity Fair’s Emily Jane Fox describes it as “an illuminating story of the dissolution of a female friendship, with drama both high and low, slights overt and subtle, and visceral pain.” Fox notes that she previously reported on tensions between Wolkoff and the first lady in a Vanity Fair article published in February 2019.

The new book by Melania Trump’s close friend and adviser Stephanie Winston Wolkoff is remarkable in that she has re… https://t.co/5TzflHiTSR
— Emily Jane Fox (@Emily Jane Fox) 1598642127

The book, according to Fox, is full of anecdotes that show Melania Trump’s lack of concern for others.

“In these passages,” Fox explains, “she sounds far more like her husband than anyone has given her credit for. Other choices chronicled by Wolkoff carry a distinctive Trumpian flair…. If Melania had her sights set on wearing Karl Lagerfeld, she wore Karl Lagerfeld. If she wanted to wear stilettos to visit a hurricane-ravaged town, she wore stilettos. If she wanted to be referred to on a Christmas card as ‘First Lady-Elect’ — even though no other first-lady-to-be had used the term because, as Wolkoff reminded her, it is not an elected position — she did it anyway. ‘Melania,’ she writes, ‘Did. Not. Care.’”

Fox notes, “Wolkoff writes that Ivanka and her staff wrote to her and Melania about co-hosting several events that were traditionally hosted by just the first lady. ‘Are you kidding me?,’ Melania asked Wolkoff about Ivanka’s request to collaborate for International Women’s Day. ‘Seriously? I’m not co-hosting.’ For the annual luncheon held for the governors’ spouses that Ivanka wanted in on, Melania said, ‘We need to let her know that I know this is a first lady event done every year…OMG. They just want to take credit for it.”