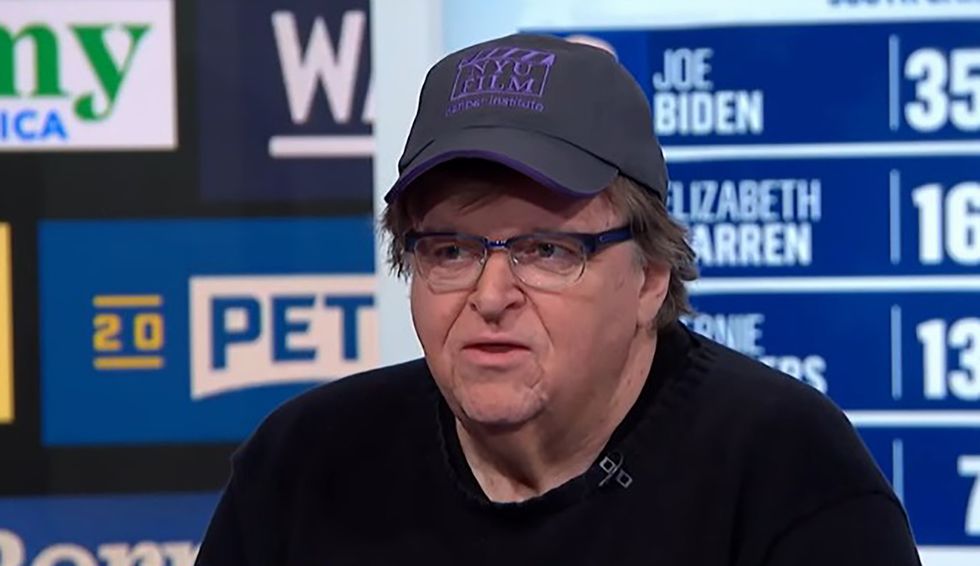 Pointing to polls in swing states and the wide gap in enthusiasm between President Donald Trump's supporters and voters planning to cast a ballot for Democratic presidential nominee Joe Biden, progressive filmmaker Michael Moore warned Friday of signs that Trump may win the November general election.

Calling for Democrats to ensure a massive voter turnout in November, Moore cited a CNN poll from August which showed that in 15 swing states, Biden was only one point ahead of Trump.

"In Minnesota, it's 47-47," Moore wrote on Twitter and in a Facebook post. "In Michigan, where Biden had a big lead, Trump has closed the gap to four points."

Sorry to have to provide the reality check again, but when they poll registered voters in the swing states, Biden &… https://t.co/BNFhJWe7Mm
— Michael Moore (@Michael Moore) 1598614481

"Sorry to have to provide the reality check again," he added, referring to his prediction in 2016 that Trump would win the election against Hillary Clinton, despite national polls showing Clinton in the lead.

Moore's warning comes days after progressives pointed to a CBS News poll which showed Trump winning Independent voters by 10 points. Despite the Democratic Party's focus on winning over moderate "Biden Republicans," the survey, released just after the Democratic National Convention, found that just 7% of moderates and 4% of conservatives said they would "ever consider" voting for the former vice president.

The CBS poll also showed that 71% of voters planning to support Trump are doing so because they "really like Donald Trump," while only 38% of Biden supporters said they have enthusiasm for the Democratic candidate. Forty-two percent said they were voting to oppose Trump.

Moore slammed the Biden campaign for announcing last week that it's considering in-person visits to a number of swing states, including Arizona, Minnesota, and Wisconsin—but not Michigan.

"Sound familiar?" Moore asked on Facebook, in reference to the Clinton campaign's decision not to campaign in the key state in 2016.

The filmmaker closed with a rallying cry to drive Democratic voters to ensure Biden wins through a massive get-out-the-vote effort.

"Don't leave it to the Democrats to get rid of Trump. YOU have to get rid of Trump," wrote Moore. "WE have to wake up every day for the next 67 days and make sure each of us are going to get a hundred people out to vote. ACT NOW!"