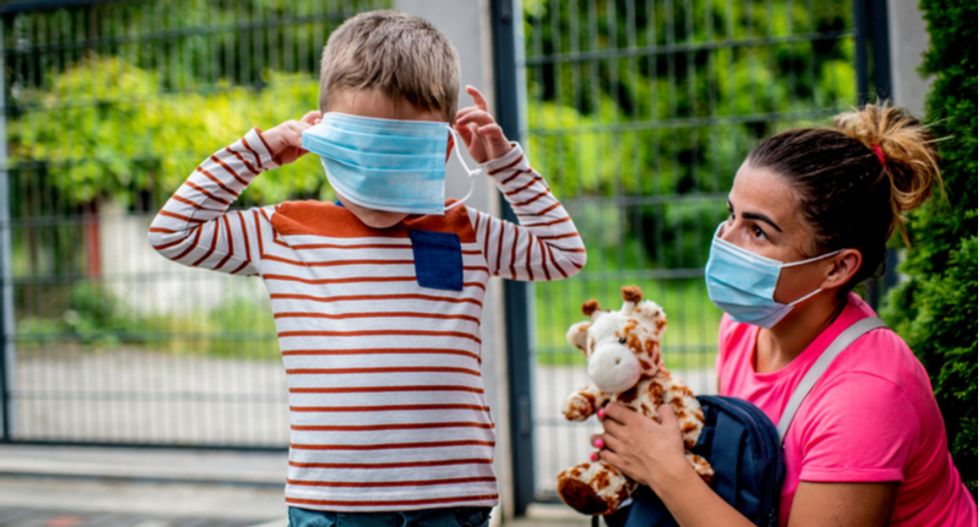 Medical professionals were compelled to speak out Wednesday after President Donald Trump defended and doubled down on his claim that children are "virtually immune" to Covid-19, a dangerous falsehood the president has been spreading as part of his effort to pressure schools to reopen in the fall.

"I'm talking about from getting very sick," Trump said at a Covid-19 briefing Wednesday when asked to address comments he made about the supposed "immunity" of children during a "Fox & Friends" interview earlier in the day. "If you look at children, I mean they're able to throw it off very easily. And it's an amazing thing... They may get it, but they get it and it doesn't have much of an impact on them."

Shortly after Trump's briefing, Twitter and Facebook both removed videos posted by the president's campaign account and personal page claiming that children are "almost immune from this disease." Both platforms said the videos violated their rules against disseminating misinformation about Covid-19.

"I am a pediatric cardiologist," wrote Dr. Keila Lopez, assistant professor of pediatrics at Baylor College of Medicine. "They can get sick. Some do get sick. Very sick. Some of them end up intubated; some on IV cardiac meds; some on heart lung bypass machines because of cardiac involvement from multi-system inflammatory syndrome in children (MIS-C)."

"Children do become infected," tweeted Wen. "Some become very ill. Tragically, some have died. Kids are also vectors for transmission to parents and others around them."