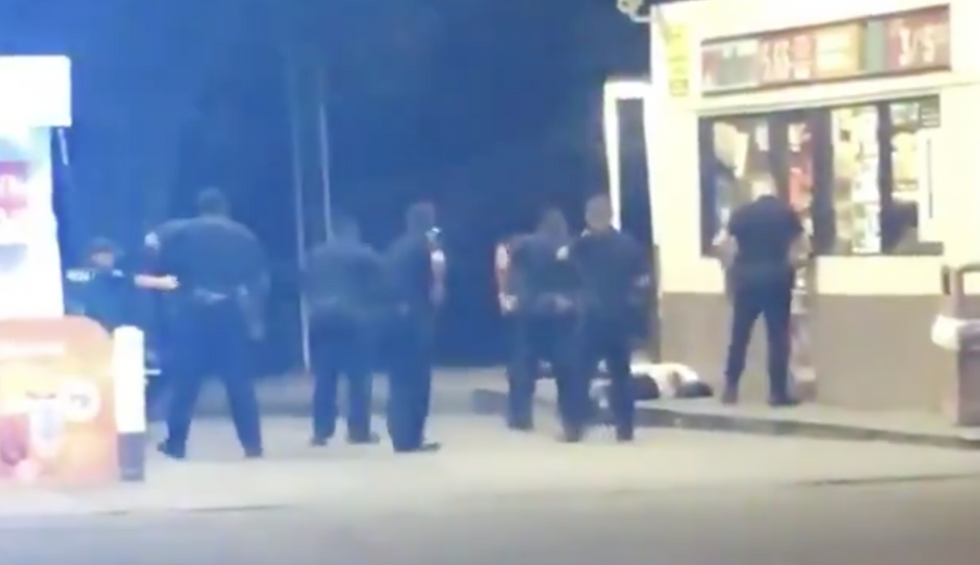 Each day after Louisiana police fired at a Black man 11 times, killing him as he walked away from them, protesters took to the streets of Lafayette in peaceful demonstration, but one protest on Saturday ended with even more police violence, CNN affiliate KATC reported. Protesters blocked traffic near a police precinct, and officers in riot gear released flares and smoke canisters after first warning the crowd. Interim Lafayette Police Chief Scott Morgan said the protesters who organized the demonstration during the day were not the same people there Saturday night who "choose to be malicious."

"Our intent is not going to be to just let people disrupt our town and put our citizens and our motorists and our neighborhood in danger,” Morgan said. “We're going to use those resources that we have and those other agencies and we're going to enforce these laws.”

By Sunday, nearly 200 protesters had returned frustrated that police don’t seem to have the same commitment to ruling out police brutality. Many of the demonstrators in the city about 55 miles west of Baton Rouge were there demanding accountability after the death of 31-year-old Trayford Pellerin Friday outside of a gas station, according to The Daily Advertiser. Police claimed Pellerin was carrying a knife when they initially shot a Taser at him then fired at him. Video of the incident showed more than eight officers on the scene. Three officers have been placed on leave since the shooting, but it’s unclear if they were involved in the shooting, KATC reported.

Mayor-President Josh Guillory released a statement The Daily Advertiser obtained Saturday alleging Pellerin was "threatening the lives of the customers and workers inside." "While the incident has drawn significant media attention and protests, our personnel won’t be distracted," Guillory said in his statement. "They remain focused on ensuring the health and safety of our people."

The incident is the third Lafayette police shooting in five weeks, The Daily Advertiser reported. Activist Jamal Taylor called for Guillory to resign on the day of Pellerin's vigil Saturday. "When he will not resign because he's arrogant, we have decided to establish a team of people to look at recalling him from office,” Taylor said. “We will not tolerate lackluster leadership from a failed politician who ran for office three times." Marja Broussard, who leads the local NAACP chapter, said the mayor "released a statement that convicted that young man, and the verdict is death."

The ACLU of Louisiana is calling for an independent investigation into Pellerin’s death. “Mr. Pellerin's family and the people of Lafayette deserve answers and an independent investigation of what was clearly an inappropriate and excessive use of force by these officers,” the nonprofit said in a statement. “None of our communities are safe when the police can murder people with impunity or when routine encounters escalate into deadly shooting sprees.”

On the corner of Evangeline Thruway and Willow Street in #Lafayette #Louisiana! Justice for #TrayfordPellerin https://t.co/5XiFSZmm5M
— John (@John) 1598191053.0