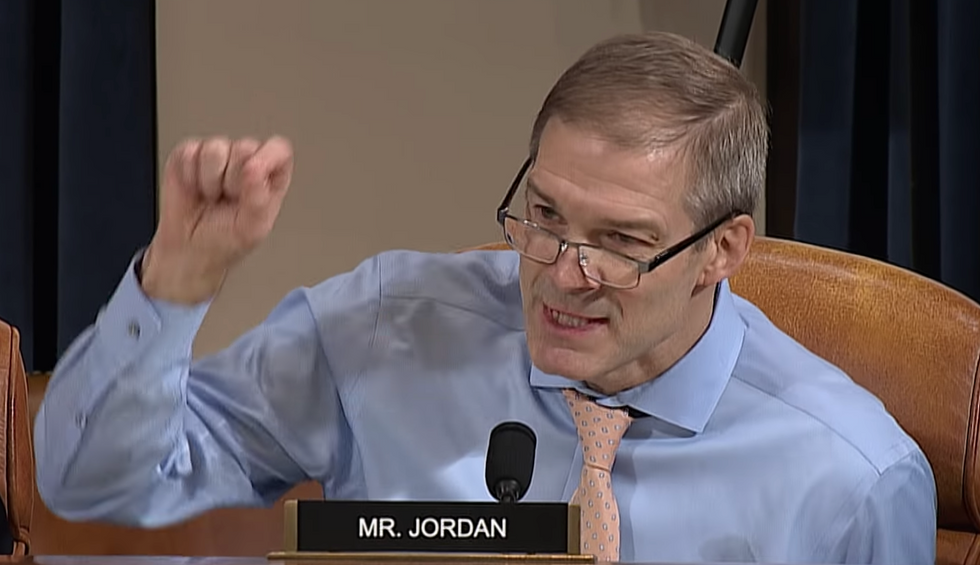 U.S. Rep. Jim Jordan (R-OH) played to the cameras Friday morning as he bullied, belittled, and attacked Dr. Anthony Fauci during a House Oversight and Reform Subcommittee hearing on the coronavirus crisis.

Jordan tried to politicize the immunologist and public health official’s testimony – and tried get Fauci, who has served for decades as the Director of the National Institute of Allergy and Infectious Diseases (NIAID), to say that the federal government should shut down the nationwide Black Lives Matter protests under the guise of combatting the pandemic.

“Do protests increase the spread of the virus?” Jordan pointedly asked.

“Crowding particularly when you’re not wearing a mask contributes to the spread of the virus,” Fauci replied.

“Should we limit the protesting?” Jordan pressed.

Fauci repeated the question, offering to “make a general statement,” but Jordan immediately interrupted him after the doctor had spoken just 15 words.

“Half a million protestors on June 6 alone,” Jordan declared.

“I’m not sure – how do you mean? Should we limit the protesting?”

Jordan, insisting a public health official weigh in on a specific event and a specific legal issue, shot back with a terse and angry answer: “Should government limit the protesting?”

This is a question not for Fauci but for legal experts. Jordan could have asked the question another way, say, “Should the government limit outside events of more than 500 people?” But he didn’t want an answer, he wanted the television footage.

The attack went on for at least two minutes. Ultimately Chairman James Clyburn was forced to intervene.

Many on social media were furious – and only too happy to remind Americans that allegations by numerous of his former college wrestlers have never been resolved.

Some focused on the holes in Jordan’s line of attack:

@TheReal_LeviD @atrupar Why is it Fauci's role to say whether or not the government should forcibly stop civil righ… https://t.co/ROiFGLwo7M
— red (@red) 1596206796

@MiaFarrow @Jim_Jordan And the Democrats are missing the critical point. This virus spreads more easily and more re… https://t.co/neXJMkjIW8
— njevancik (@njevancik) 1596206950

Some just shared their feelings about the extremely polarizing Congressman:

@atrupar 150K deaths, and this is where the energy is going right now instead of trying to make some kind of fix. Unbelievable.
— Shaurya Chawla (@Shaurya Chawla) 1596206782