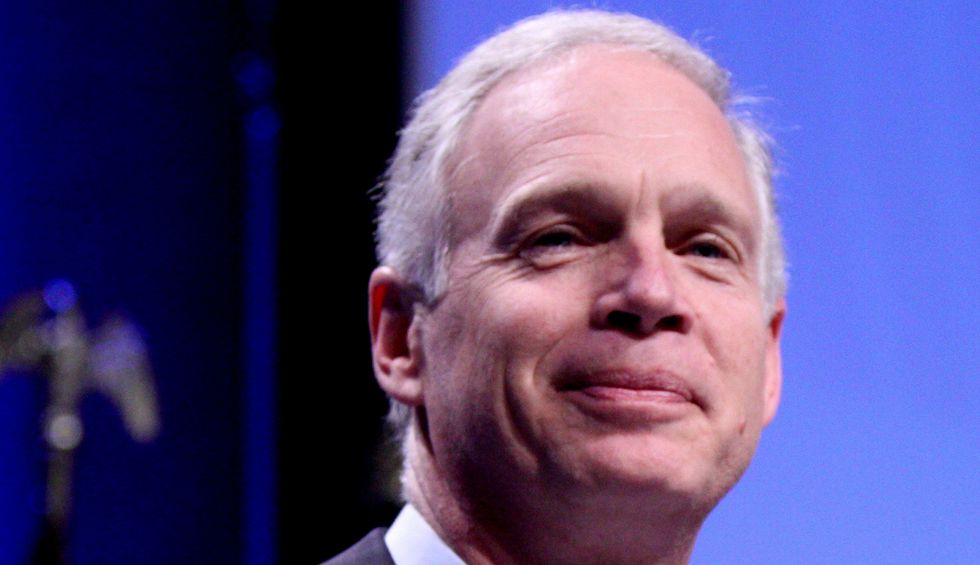 In an 11-page letter sent on Monday, August 10, Sen. Ron Johnson of Wisconsin vigorously defended his Ukraine-related investigations. The Republican senator has denied that any of his investigations have been used to promote Russian government disinformation, but legal experts Ryan Goodman and Asha Rangappa — in an article published by Just Security on August 11 — argue that Johnson has often promoted Russian talking points.

In the letter, Johnson wrote, “It is neither me, (Senate Finance Committee) Chairman (Chuck) Grassley, nor our committees that are being used to disseminate Russian disinformation.” But according to Goodman and Rangappa, “Fellow Republican senators — including the previous and current chairs of the Senate Intelligence Committee, Sens. Richard Burr and Marco Rubio — have warned Senators Johnson and Chuck Grassley that their Ukraine investigations could aid the Kremlin. Johnson and Grassley appear committed to going further down that path regardless, taking some of their Republican colleagues down with him.”

The legal experts go on to discuss “debunked conspiracy theories involving Ukraine,” noting, “Johnson’s investigations include a conspiracy theory that Ukraine was involved in election interference in 2016 to defeat Trump, an idea that emanates in large part from an article by Kenneth Vogel in Politico in January 2017. The main thrust of the somewhat circuitous article is that Ukrainian officials were working with the DNC to promote Hillary Clinton. This bold claim appears to be almost entirely sourced by one person: Andrii Telizhenko.”

Goodman and Rangappa describe Telizhenko as a “Ukrainian national and former political officer in the Ukrainian Embassy in (Washington) D.C.” The FBI, according to the New York Times, warned members of Congress that “Telizhenko was a conduit for Russian disinformation about the Bidens and claims that Ukraine conspired to help Democrats in the 2016 election” — and according to Goodman and Rangappa, “This means that the main ‘evidence’ upon which Johnson relies in making his case, Vogel’s 2017 article, is itself a potential product of disinformation.”

The legal experts also point out, “In other letters signed by Johnson, he has not only referred to Vogel’s report, but also, referred to Telizhenko by name while recounting, at great length, specific allegations the Ukrainian operative made in Vogel’s report.”

Another “conspiracy theory” that Johnson has investigated, Goodman and Rangappa explain, “involves allegations that Vice President Biden helped sack a Ukraine prosecutor, Viktor Shokin, to benefit Burisma, a firm associated with Biden’s son…. The claim that the policy stance taken by Biden against Shokin was to benefit Biden’s son is without merit.”

Goodman and Rangappa conclude their Just Security article with a warning that the Russian government won’t hesitate to interfere in 2020’s presidential election and try to help President Donald Trump any way that it can.

“Part of the Kremlin’s effort is to drive a wedge between Ukraine and the United States, part is to sow political discord inside the United States — and another part is, as now confirmed publicly by the U.S. intelligence community, to support Trump’s reelection bid,” Goodman and Rangappa write. “Johnson has enabled all three.”