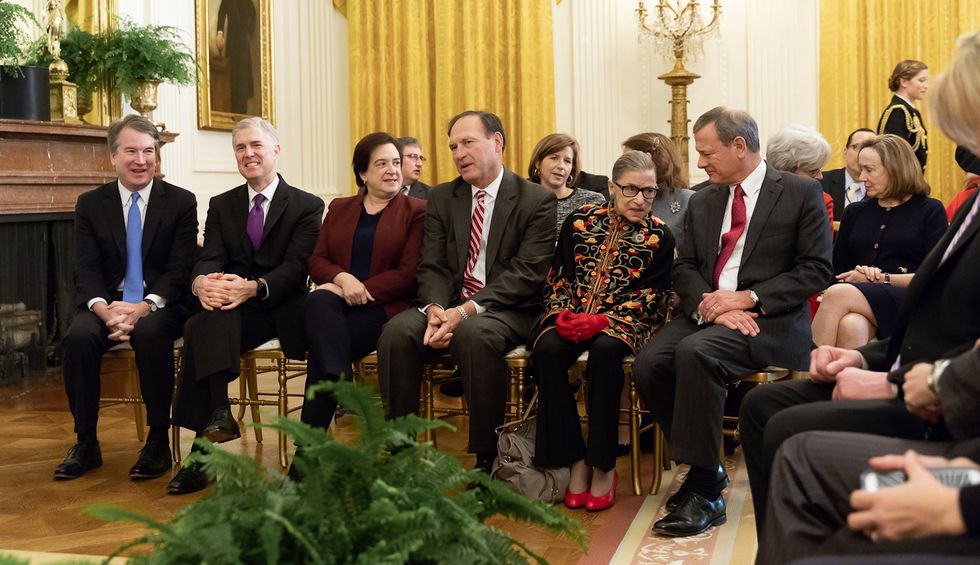 The U.S. Supreme Court has been in the headlines a lot this summer, ruling on matters including LGBTQ rights in the workplace and a Louisiana law restricting abortion. But journalist Steve Vladeck, in an article published in Slate this week, emphasizes that the High Court doesn’t spend all of its time on famous cases. The justices, Vladeck points out, also have what University of Chicago law professor Will Baude has described as “the shadow docket” — which is “quietly shaping the rules of the upcoming elections, how governments can and can’t respond to COVID, the resumption of the federal death penalty, and more.”

The high-profile cases that make the headlines, Vladeck observes, typically appear on the Supreme Court’s “merits docket.” Explaining how the “merits docket” and “shadow docket” work, Vladeck explains, “The Court’s ‘merits docket’ includes cases in which the justices first decide to grant review, take full briefing — including from outside parties — hold oral argument, and then deliver lengthy, signed opinions providing the Court’s reasoning and resolving the case. In contrast, the ‘shadow docket’ consists almost entirely of summary orders, usually only one sentence long. These orders tend to be based on far less participation from lawyers, far less briefing, and no oral argument. And, in almost every case, they offer virtually no insight into the justices’ reasoning — unless some of them choose to write separately to explain their concurrence or dissent.”

Vladeck adds that even though the “shadow docket” doesn’t result in a lot of major headlines, that doesn’t mean it doesn’t “affect our lives.” Since July, he observes, the Supreme Court has “issued rulings on the ‘shadow docket’” that “cleared the way for the first three federal executions in 17 years after lower courts had repeatedly halted them” and “blocked a grassroots effort in Idaho to increase funding for K–12 education.”

On top of those things, Vladeck points out, the Supreme Court’s “shadow docket” rulings have “allowed President Donald Trump to finish using military construction funds to complete his controversial border wall” and “prevented potentially hundreds of thousands of eligible voters in Florida from voting this November by refusing to freeze Florida’s ‘pay to vote’ law, which requires felons to clear any claimed outstanding judgments before voting, and which the lower court had struck down as flagrantly unconstitutional.”

In recent months, Vladeck notes, there has been an increase in shadow docket activity on the Supreme Court — and this activity should be receiving more media coverage.