Lara Trump made herself look ridiculous with a bogus Lincoln quote 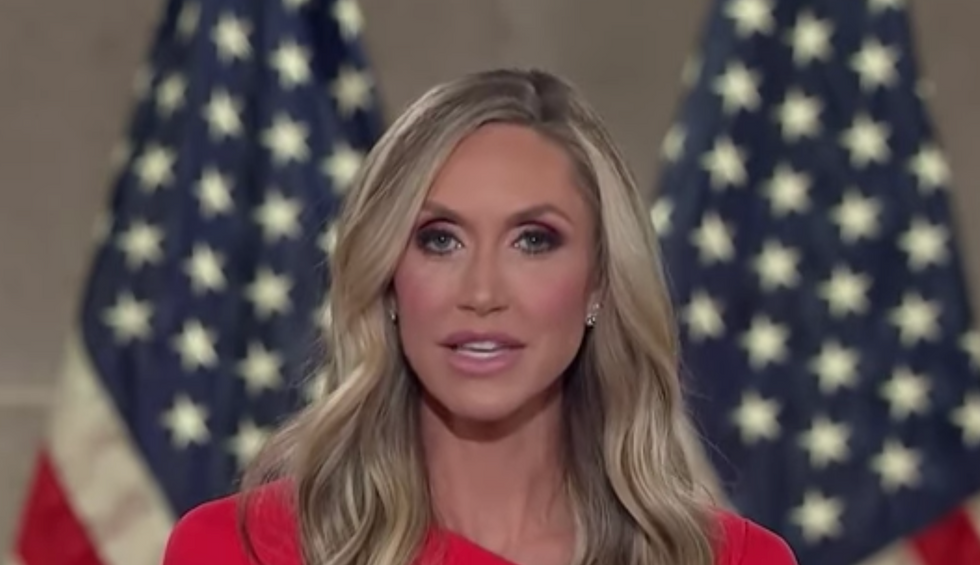 One of the ridiculous and misleading claims that Republicans make in support of President Donald Trump is: we are the party of Abraham Lincoln, Teddy Roosevelt, and Dwight D. Eisenhower. It's ridiculous because the 2020 GOP has a lot more in common with the old southern Dixiecrat wing of the Democratic Party than it does with the Republican Party of the past. But that doesn’t stop Trumpistas from trying to link themselves to Lincoln, which Lara Trump (who is married to the president’s son, Eric Trump) did when she spoke at the 2020 Republican National Convention. And to make matters worse, as journalist Ed Mazza notes in a HuffPost article, the president’s daughter-in-law didn’t even quote Lincoln accurately.

Lara Trump, an adviser on Trump’s reelection campaign, told viewers, “Abraham Lincoln once famously said: ‘America will never be destroyed from the outside. If we falter and lose our freedoms, it will be because we destroyed ourselves.’”

But Mazza notes that “Lincoln never said it, famously or otherwise.” Although attributed to Lincoln as a Facebook meme, Mazza points out, the United States’ first Republican president didn’t use those words.

Lara Trump’s blunder has been noted by a variety of fact-checkers, from CNN’s Daniel Dale to reporters at the New York Times and USA Today.

Mazza points out what Lincoln did have this to say at his Young Men’s Lyceum of Springfield, Illinois speech in 1838: “At what point then is the approach of danger to be expected? I answer, if it ever (reaches) us, it must spring up amongst us. It cannot come from abroad. If destruction be our lot, we must ourselves be its author and finisher. As a nation of freemen, we must live through all time, or die by suicide.”

Michael Burlingame, a professor at the University of Illinois, Springfield and expert on Lincoln, offered Politifact come context on what the future president said in 1838 — explaining that Lincoln “was denouncing mob violence which would lead to chaos, provoking the public to demand law and order — which would be provided by an ambitious leader who would rule tyrannically.”

The “law and order” part is important. One of the things that authoritarians do in order to push an oppressive agenda is obsess over violent mobs and use that as an excuse to crack down on civil liberties — which is what President Trump and his allies are doing when they try to paint George Floyd protesters in general as violent rioters. Authoritarians all over the world, from Turkey’s Recep Tayyip Erdogan to the Philippines’ Rodrigo Duterte, tout “law and order” while committing human rights abuses. And Lincoln, in his day, was well aware of how a law-and-order message could be used abusively.

“Lincoln is among a number of famous historical figures to whom various quotes are often erroneously attributed, including President Thomas Jefferson, Mark Twain and Winston Churchill,” Mazza notes in his HuffPost article. “Or, as Yogi Berra once remarked: ‘I really didn’t say everything I said.’”