'I know where the skeletons are buried': Michael Cohen releases blistering excerpt from his tell-all book about Trump 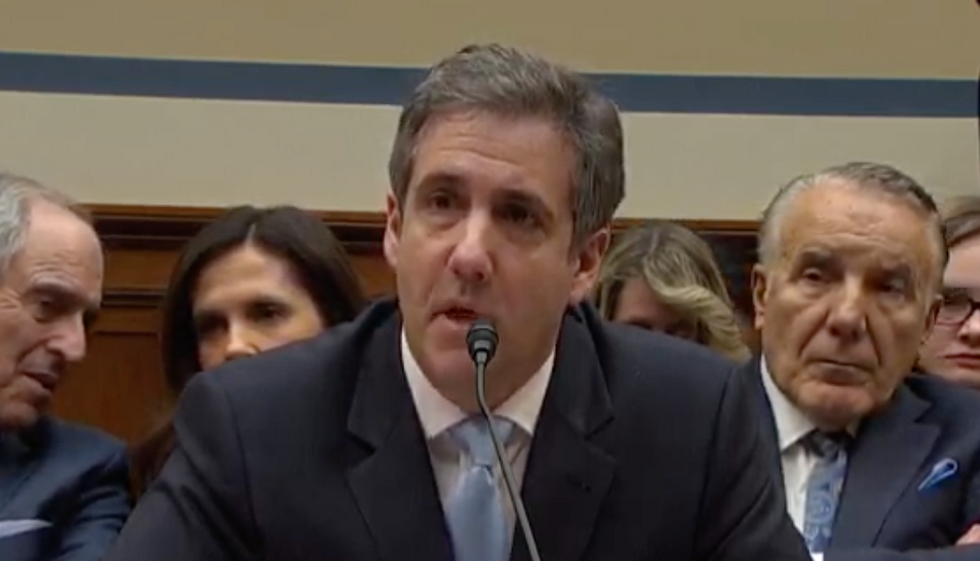 Michael Cohen thinks he may know Donald Trump, who he worked with for more than ten years, even better than the president's own family does. In the forward released Thursday to his forthcoming tell-all book, "Disloyal,"  Cohen explained that he saw a side of the president that his close relatives never saw.

"Apart from his wife and children, I knew Trump better than anyone else did," he wrote. "In some ways, I knew him better than even his family did because I bore witness to the real man, in strip clubs, shady business meetings, and in the unguarded moments when he revealed who he really was: a cheat, a liar, a fraud, a bully, a racist, a predator, a con man."

There are reasons why there has never been an intimate portrait of Donald Trump, the man. In part, it’s because he has a million acquaintances, pals and hangers on, but no real friends. He has no one he trusts to keep his secrets. For ten years, he certainly had me, and I was always there for him, and look what happened to me. I urge you to really consider that fact: Trump has no true friends. He has lived his entire life avoiding and evading taking responsibility for his actions. He crushed or cheated all who stood in his way, but I know where the skeletons are buried because I was the one who buried them.

And in a passage that was quickly shared across Twitter, Cohen wrote:

From golden showers in a sex club in Vegas, to tax fraud, to deals with corrupt officials from the former Soviet Union, to catch and kill conspiracies to silence Trump’s clandestine lovers, I wasn’t just a witness to the president’s rise—I was an active and eager participant.

"Golden showers," of course, refers to the sex act that the infamous Steel Dossier claimed Trump was videotaped engaging in by Russian intelligence while staying at a Moscow hotel room. But Cohen has testified that he doesn't believe such tapes are real and that the story was fabricated.

But he does indict Trump's "collusion" with Russia in the book, employing more searing and explosive framing than he did when he spoke to Congress:

Trump had colluded with the Russians, but not in the sophisticated ways imagined by his detractors. I also knew that the Mueller investigation was not a witch-hunt. Trump had cheated in the election, with Russian connivance, as you will discover in these pages, because doing anything—and I mean anything—to “win” has always been his business model and way of life. Trump had also continued to pursue a major real estate deal in Moscow during the campaign. He attempted to insinuate himself into the world of President Vladimir Putin and his coterie of corrupt billionaire oligarchs. I know because I personally ran that deal and kept Trump and his children closely informed of all updates, even as the candidate blatantly lied to the American people saying, “there’s no Russian collusion, I have no dealings with Russia…there’s no Russia.”

Cohen had previously said he didn't know if Trump "colluded" with Russia, but he had "suspicions." Now, it doesn't appear he's changing his account of the facts but just his interpretation and presentation of them. Of course, accusing Trump of "collusion" may be seen as a way to gain more attention for his book.

Cohen, it must be mentioned, is a convicted liar, having admitted to deceiving Congress about the Trump Tower Moscow project he was pushing during the 2016 election. So inevitably, the president's defenders will say there's nothing useful to be found in his book. But those lies, like so many others, were told for Trump's benefit — and with the president's implicit permission. Cohen's not working for the president anymore. That doesn't mean he'll be honest now, to be sure. But it certainly makes what he has to say interesting.