'I don’t think he plans to leave the White House': Rep. Clyburn warns Americans to 'wake up' 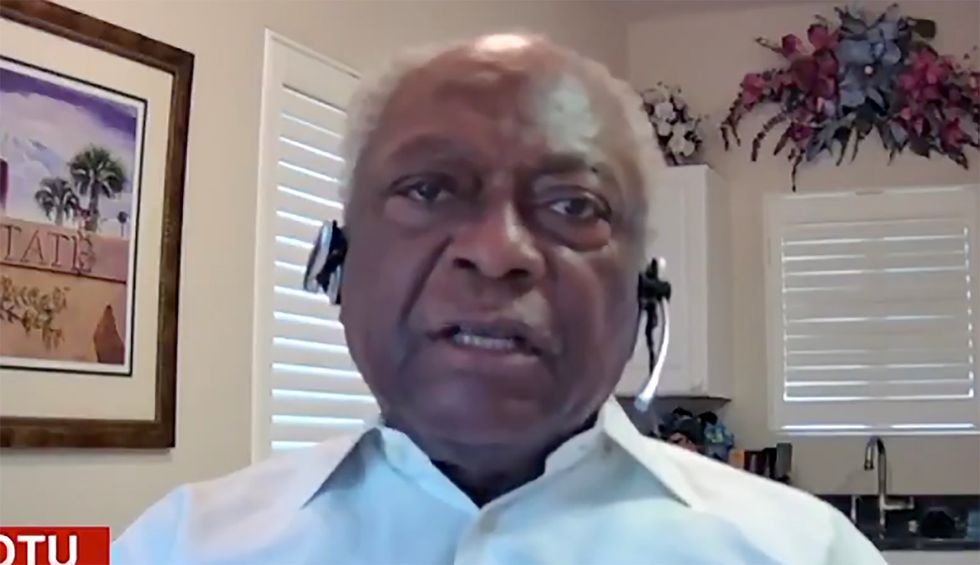 Appearing on State of the Union on CNN this Sunday morning, House Majority Whip Jim Clyburn talked about former Vice President Joe Biden’s VP pick options, misinformation about voting by mail, and whether or not he thinks Donald Trump actually intends to leave office if he loses in November. “I don’t think he plans to leave the White House. He doesn’t plan to have fair and unfettered elections,” Clyburn said in a now-viral clip. He continued that he thinks Trump “plans to install himself in some kind of emergency way to continue to hold onto office.”

“I know a little bit about history,” he continued, “and I know how countries find their demise. It is when we fail to let democracy, and the fundamentals of which is a fair unfettered election, and that's why he is trying to put a cloud over this election, floating the idea of postponing the elections." He also warned that the American people “had better wake up.”

The bigger picture is, of course, that Trump continues to weaponize claims of voter fraud, spew rhetoric about “rigged” elections, and declined to say he’d accept the election results during a truly bizarre Fox News interview. He also suggested delaying the federal elections until it’s “safe,” though he does not actually have the power to make such a change himself. Still, all of his spewings can sow doubt and distrust in the election process (and its results), which is dangerous in itself.