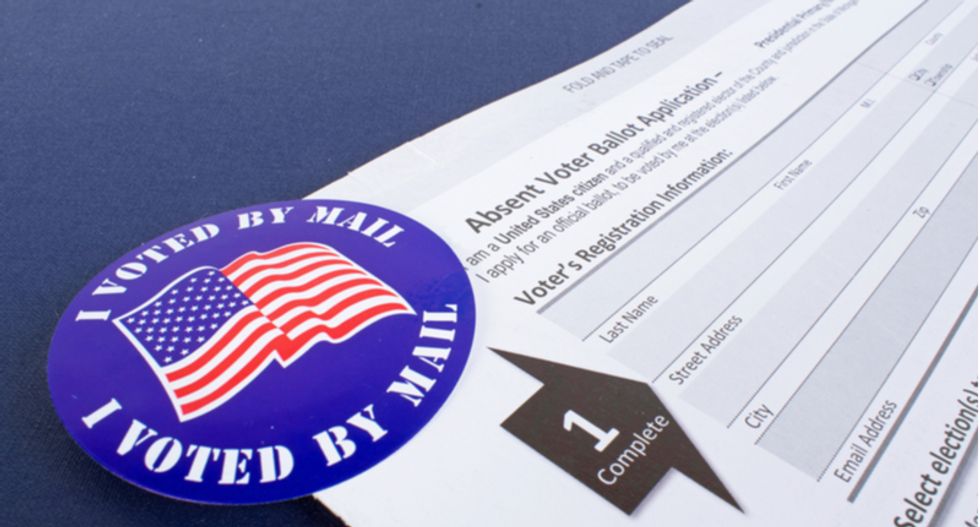 On August 20, the Wisconsin Elections Commission announced that they would send letters to 2.6 million voters who have not yet signed up to receive an absentee ballot for the fall election, reminding them about their voting options and urging them to apply for a mailed-out ballot online or use an enclosed form.

What the announcement did not say was that a half-million of the voters getting the mailing had applied, received, and voted with an absentee ballot in April 2020’s presidential primary. But unlike 800,000 other voters who this spring checked a box on an application to receive an absentee ballot for the rest of 2020’s elections, these half-million voters had only applied for a mailed-out ballot in the primary.

“If a registered voter requested an absentee ballot for April but not for the rest of the year, he or she will receive a letter from the Wisconsin Elections Commission in early September explaining the options for voting this fall,” Reid Magney, WEC public information officer, said in an email. “For April, there were 1.3 million absentee ballots requested. For November, we have about 800,000 requests. So approximately half a million… [voters] only requested a ballot for April.”

The WEC’s effort to contact millions of voters who never or rarely voted by mail before COVID-19 raises a big question for absentee voters in battleground states. Are individuals who voted by mail earlier this year unaware that they may be required to reapply for an absentee ballot in the presidential election?

“It’s an example of little things that can matter a lot,” said Phil Keisling, Oregon’s former secretary of state and board chair of the National Vote at Home Institute, referring to how voters filled out unfamiliar application forms months ago.

East of the Rockies, most states require voters to reapply for each election. But that is not the case in some presidential swing states where voters can choose to receive an absentee ballot for the next election or for the rest of the year. That choice can hinge on checking a box or signing a section on the state’s application, which many voters did in haste this spring as the pandemic postponed presidential primaries.

In August, Michigan also sent a letter to millions of voters who have not yet applied to receive an absentee ballot for the fall, or only applied for an absentee ballot for an election earlier this year. Its mailing, too, reiterated the options to vote this fall, encouraged recipients to vote absentee and told them how to apply. (Both Michigan and Wisconsin have new online portals and downloadable forms.)

Michigan’s Department of State did not provide figures when asked how many voters might be in the same situation as the half-million Wisconsin voters: those who voted by mail in its April primary, but have to reapply to vote by mail this fall.

Michigan Secretary of State Jocelyn Benson, a Democrat, mailed absentee ballot applications to 7.7 million voters this May. More than 1.6 million voters used the ballots in Michigan’s August’s primary, setting a state record, the Detroit Free Press noted. But millions of Michigan voters have yet to apply for a fall absentee ballot.

“Benson’s office will mail the postcards to the 4.4 million active registered voters who have not already applied for an absentee ballot and are not already signed up to automatically receive an absentee ballot for every election,” the paper said, noting that some of this year’s earlier absentee voters are not set up to do so for the fall.

Voting by mailed-out ballots is not the only way to vote in the presidential election. In most states, voters can cast absentee ballots or vote in person at a polling place, either early or on Election Day. But many states, including 2020 swing states, are making historic shifts to voting from home in response to the pandemic.

As Michigan’s and Wisconsin’s latest public education efforts attest, many voters apparently do not know that they need to reapply for an absentee ballot for the fall, especially if they filled out an application months ago and then voted by mail in the spring or summer.

“The voter turnout groups cannot count on people who might get a ballot automatically,” said Kevin Kennedy, the former executive director of Wisconsin’s Government Accountability Board, the state election agency that preceded the Wisconsin Elections Commission. “They need to follow up.”

Most people who have never voted by mail may not realize that they must apply for an absentee ballot in their state, just as they have to register to vote. The rules and specifics vary state by state.

“If you applied for an absentee ballot in the spring, can you expect to get one in the fall? The answer is no, apply again,” said Wendy Underhill, director of the National Conference of State Legislatures’ elections and redistricting team, which tracks the latest state-by-state trends and changes in voting procedures.

“It’s [the burden] on the voter to ask for that absentee ballot for each election in most states,” she said. “There’s about 14 states that have online portals where you can ask for an absentee ballot. And that makes your life easier. And it really makes the life of the election official easier.”

Before the pandemic, most states east of the Rockies saw less than 10 percent of their voters cast mailed-out ballots. Previously, these states envisioned mailing ballots to registered voters if they were in the military, overseas, disabled, ill or elderly, traveling for work, or on vacation. Their laws and rules were based on the expectation that relatively small numbers of voters would apply for an absentee ballot when they needed it. Some states created permanent lists for elderly and disabled voters. One exception was Florida, which allows voters to apply for an absentee ballot for every election in a two-year period.

The pandemic led many states to suspend or update these rules. This fall, the District of Columbia and nine states will directly send registered voters an absentee ballot, skipping the application process altogether. (The nine states are California, Oregon, Washington, Nevada, Utah, Colorado, Hawaii, New Jersey and Vermont.) That development has been sharply attacked by President Trump.

But most states still require voters to apply to vote absentee. In two-thirds of the states, voters can do so without citing an excuse. A half-dozen states additionally require voters to declare an excuse (illness, overseas, etc.). Some battleground states will send their voters an application for the fall, while others, such as Ohio and Georgia, will not.

“I would encourage people to just renew their ballot application,” said Michael McDonald, a University of Florida professor who specializes in voter turnout and is writing a book about absentee voting in 2020, when asked what general advice he would suggest when surveying the evolving fall landscape.

The best state and local government portals allow voters to check and update their registration information, to see if they signed up for an absentee ballot, and see the address where that ballot will be sent, said Hillary Hall, National Vote at Home Institute senior adviser for state and local elections.

What Should Voters Do?

What states are doing to help people vote from home varies. In Pennsylvania, another swing state, its Department of State recently emailed voters who signed up to receive an absentee ballot for all of 2020, or just for the presidential election, to inform them about a new online ballot-tracking tool.

That email said, “You do not need to re-apply for a mail-in ballot. You will receive a ballot on the mail in September or October.” While the state has a new portal for other voters to apply online for an absentee ballot for the fall, the department did not respond to an inquiry asking how many voters applied to vote by mail in its June primary but not for the presidential election.

“There should be a campaign to say, ‘Hey, voters in this state, we know there’s a chance that you could have signed up, [and] you may think you have signed up, but you haven’t yet. Go do it,’” said Alex Niemczewski, CEO of BallotReady, a startup whose voter information apps are being used by the Democratic Party.

“There should be a campaign, but it is not in our wheelhouse to do this,” she said, explaining that BallotReady cannot reliably check whether a voter has signed up to vote by mail because the relevant state and local government databases are in constant flux as data is being processed, sometimes delayed and transferred.

That leaves it up to voters to figure out what to do, or political parties or advocacy groups to help them. As the mailings in Wisconsin and Michigan show, there may be hundreds of thousands of voters who voted with mailed-out ballots earlier this year. But that doesn’t mean they are set to receive an absentee ballot this fall.