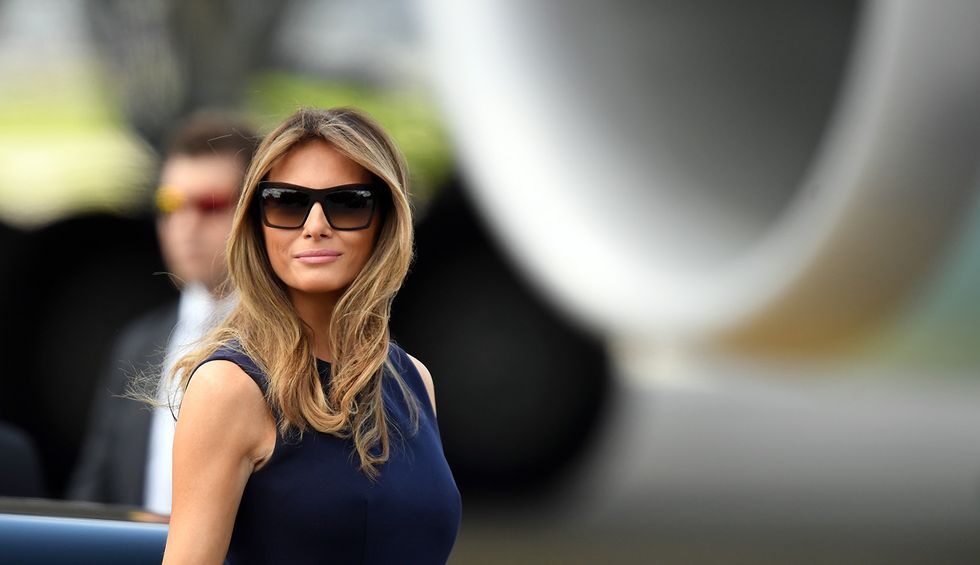 Melania Trump praised her husband and his coronavirus response during her speech at the Republican National Convention, but her privately recorded comments could upend his re-election campaign.

A forthcoming tell-all book by the first lady’s former friend and aide reportedly contains taped conversations of her complaining about the president and his children, but she could potentially rock the election with comments about her husband’s infidelities, according to The Daily Beast’s Margaret Carlson.

“If Melania is caught on tape dissing Ivanka and her posse as ‘snakes’ trying to best her in a series of turf wars, as reported, that’s a Lifetime movie,” Carlson wrote. “But if she’s heard complaining about the Access Hollywood tape, which she publicly forgave Trump for, or his many affairs — his one-night stand with Stormy Daniels and his alleged 10-month affair with Playboy Playmate Karen McDougal in 2006, both just after Melania gave birth — or about any of the dozens of other women who have charged her husband with sexual assault, it won’t just move swing voters away from the president. It will cut into his base.”

Carlson predicted that evangelical voters could turn on Trump if his wife was unable to forgive his affairs — or possibly reveals more of them.

“The dam can break quickly on sexual scandals, as it did this week when evangelical leader Jerry Fallwell, Jr. was forced out as president of Liberty University after revelations about his unusual and un-Christian sex life,” Carlson wrote. “If suddenly it’s not all right with Melania, all the tax cuts and judges in all the world won’t be enough to justify Christians voting for him.”

Stephanie Wolkoff’s “Melania and Me: The Rise and Fall of My Friendship with the First Lady” is due out Tuesday, and the first lady’s former close friend will reportedly reveal private conversations that could explain why she remained behind in New York City after the inauguration and whether she renegotiated her prenuptial agreement to reflect that the election could force her to stay married to Trump for four to eight more years than she may have liked.

“Watching Melania, you don’t want to blame her,” Carlson wrote. “She didn’t ask for any of this. But like her husband, she hasn’t risen to the occasion. It’s hard to forget her trip to the border to visit immigrant children her husband had caged wearing a designer jacket reading ‘I Really Don’t Care, Do U.’ It wasn’t enigmatic, but an outright rejection of what’s asked of first ladies, which is to care.”