Here's why Trump commands so much loyalty from his base 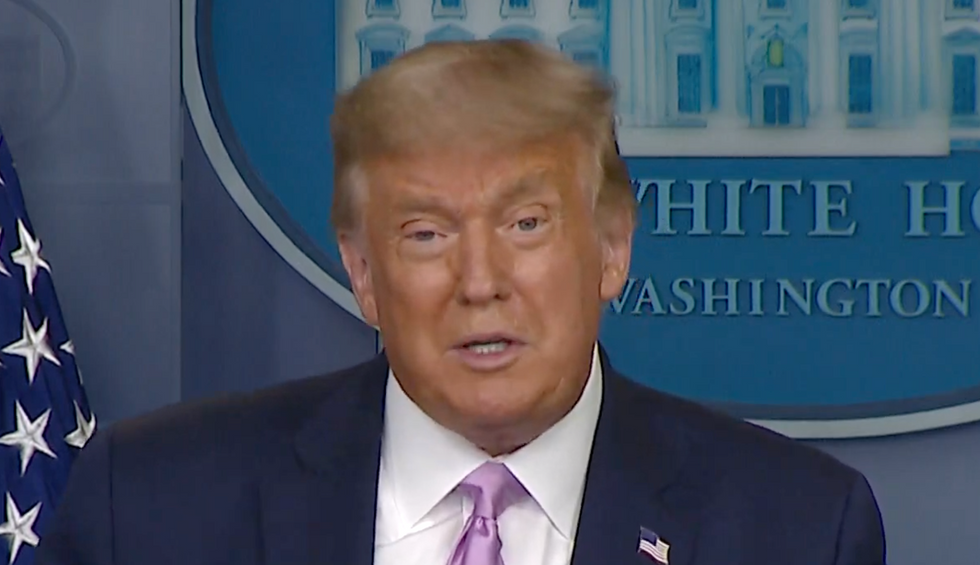 The last four years have been deeply traumatizing to millions of Americans as we have watched our nation in the stranglehold of a maniacal, dictatorial and compulsively deceptive president. But it is worth examining the relationship that President Donald Trump has with his voters in order to understand why he won the 2016 election and why he continues to command such fervent loyalty a few months ahead of the next election. Willing to overlook his lies, improprieties, and corruption, Trump’s voters have a transactional relationship with the president that is practical, powerful, and surprisingly instructional to the rest of us.

While a majority of Americans might be stunned and horrified by Trump’s casual racism, unscientific claims, sexist attacks and more, his rambling rhetoric matters little to his base, and perhaps Trump voters don’t even bother trying to make sense of his words. To them, it matters what he does and how loyal he is to them. Trump’s reelection campaign website is literally called “Promises Kept.” Although several of his claims of promises are not true, the point is that he touts decisive action and convinces his supporters that he has fulfilled his pledges to them. He works for them and they know it. They are willing to overlook the ugliness that accompanies his rule. It is a practical and effective approach to transforming America into the country they want.

Trump’s presidency has meant very clear-cut things to specific (but overlapping) communities, movements, and demographics. He offers his anti-abortion supporters a radical transformation of the judiciary from lifetime federal judgeships to Supreme Court seats. To his anti-immigrant base, he has shown he is willing to go to any lengths to keep out migrants and refugees, going as far as separating children from parents and even deporting them into the hands of their abusers. To racist suburban white people, he is making good on a promise to keep Black and Brown people out of their neighborhoods. To law enforcement, their families, and supporters, he has promised to uphold police autonomy and immunity from prosecution. And on and on.

Examined through the lens of such far-reaching promises that Trump has either kept his word on or aggressively pursued, it is no wonder that enough Americans are supporting him so as to make the election competitive. Trump has shown his base that he is willing to go as far as it takes to please them, including violating norms, pushing the boundaries of laws, and even breaking them. Such fealty is rare in a politician, let alone in a president.

Trump offers his base clear-cut policies while his campaign hopes that voters look past his character flaws. In contrast, the 2020 Democratic presidential nominee Joe Biden offers his voters few specific policies or sweeping changes, and his campaign hopes the Democratic Party base focuses mostly on his character, personality, and words and connects with him on a personal level. The Washington Post summarized that the Democratic National Convention (DNC)’s “big message,” is that, “Biden is a good guy”—not that Biden made specific bold promises to the party’s base to fundamentally transform America.

During his DNC speech, Biden’s words offered a salve for the nation’s frayed nerves. He repeatedly touted his presidency as offering light over darkness and representing unity over division. He promised us that, “Character is on the ballot. Compassion is on the ballot.” And while he made some specific promises such as strengthening the Affordable Care Act, improving public education, and so on, there were very few bold and transformational plans.

In past years, we have been told that there are only so many things that a president can do to carry out real change. Even if politicians run on big, bold platforms—think of Barack Obama’s first presidential campaign—once in office, they tone down their rhetoric and pull back on their sweeping promises. As president, Obama curbed his own ambition and was eventually met with Republican intransigence in Congress. Aside from a handful of legislative victories and executive orders, he fit his ambitions into bite-sized pieces. Then along came Trump, showing Americans who were disillusioned by this view of political leadership that it was possible to get very close to all the things they wanted if they had a president willing to fight tooth and nail for them.

Even if Congress has not capitulated to many of Trump’s wildest demands, he has often found ways to achieve success. For example, on the issue of immigration, Trump backed a bill in the early part of his presidency to dramatically cut family-based migration and some employment visas. Although it went nowhere in Congress, when the coronavirus pandemic hit this year, the Trump administration saw an opportunity and pushed through many aspects of that bill via executive order. Even if the restrictions are temporary, it is an achievement he can tout to his anti-immigrant base.

Similarly, on the judiciary, many who back Trump do so because the stakes are so high they are willing to overlook everything else. Former Bush-era lawyer John Yoo was quoted as saying that he knew Republicans, “who would normally be utterly turned off by a guy like Trump,” and yet they backed him “because of [the] appointment to Justice [Antonin] Scalia’s vacancy.” Their loyalty to Trump was rewarded with the appointment of Supreme Court Justice Neil Gorsuch, a man who one right-wing newspaper said has, “exceeded… conservatives’ expectations.”

This strongly transactional relationship between Trump and his voters works both ways. The president’s base does not care that his motivations are based in self-dealing and that he will do what it takes to preserve political and personal power, or that he is busy enriching himself and his friends in the process. They don’t care if he lies, vilifies the media, and attacks women and people of color on Twitter. Those are details that matter little in their day-to-day lives. All that matters is that Trump has made promises in line with their desires and will go to any lengths to fulfill them. Trump’s racism, sexism, deception, and corruption are part of his charm to some segments of his base. To the rest who continue to stick by him, they are simply not deal breakers. They may weigh the good against the bad and decide it is worth it to have a president whose persona and rhetoric are embarrassing but who delivers the goods. A new poll found that “90 percent of Republicans approve of the job he’s doing and 91 percent say they would choose him over Biden.”

Meanwhile, what does the Democratic Party say to its supporters? Postpone your demands for Medicare for All, for defunding the police, and for a Green New Deal until after this election. But left-leaning voters are given such lectures every four years, as if their hopes for sweeping policy changes are a mirage of water on a hot and dusty road. The farther the thirsty masses walk toward the water, the farther away it moves, and so it remains persistently out of reach. It’s no wonder Biden struggles with an “enthusiasm gap.”

Among Latinos, a group that has been vilified by Trump repeatedly since his last campaign, one might expect strong support for Biden. But one commentator pointed out that simply claiming support for the reinstatement of the popular DACA program (Deferred Action for Childhood Arrivals) is not enough. Writing in the New York Times, immigrant justice activist Cristina Jiménez Moreta explained that, “Access to affordable health care was a top issue for Latinx voters who sided with Bernie Sanders in the Democratic primaries. Mr. Biden has refused to endorse Medicare for All—a popular solution to our nation’s health care catastrophe that would serve all people.”

During the Republican National Convention, Trump and his allies repeatedly cast Biden and the Democrats as “socialist,” in spite of the fact that the party establishment has rejected popular government-led economic, environmental and social plans. No matter what Biden does or says to prove that he eschews socialism, Trump’s campaign will paint him as a radical socialist, and it will continue to make a compact with Trump’s base to fulfill specific promises.

It is possible and perhaps likely that Biden will win based on many new polls that paint a favorable outcome for the Democrat. And indeed, for the future of the nation and especially women, immigrants, and people of color, it is imperative that Biden beats Trump. But if he does cinch the presidency, it will be in spite of his choice to offer character over concrete policies, not because of it.