George Conway rips Trump supporters who are suckered by his lies 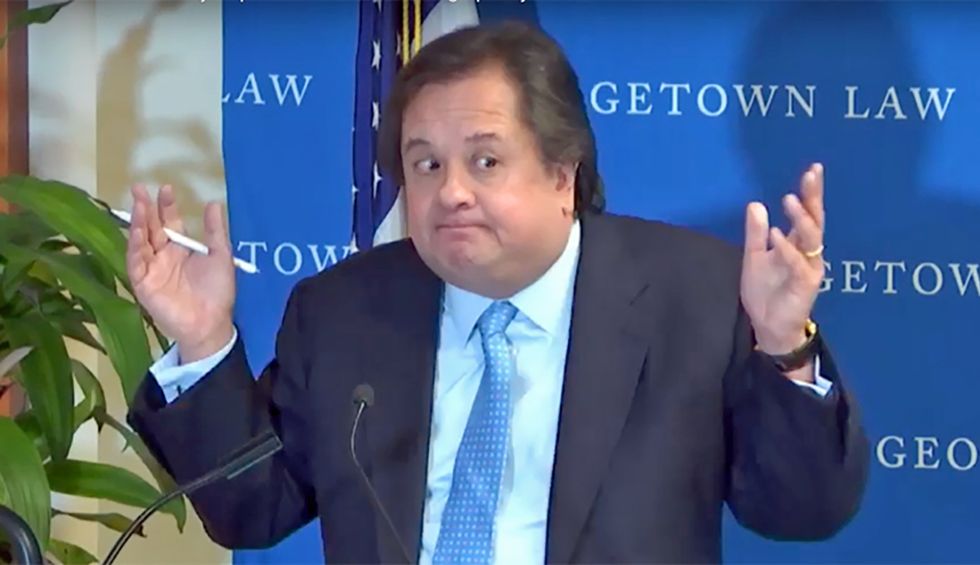 On Monday, writing for The Washington Post, conservative attorney and Lincoln Project co-founder George Conway excoriated Trump supporters, by writing a parody of what one might say in defense of the president.

“I believe Joe Biden is ‘Sleepy’ and ‘weak.’ I believe Biden could ‘hurt God’ and the Bible,” wrote Conway, the husband of White House counselor Kellyanne Conway and a vocal critic of the president from the right for years. “I believe that if Biden is elected, there will be ‘no religion, no anything,’ and he would confiscate all guns, ‘immediately and without notice.’ He would ‘abolish’ ‘our great,’ ‘beautiful suburbs,’ not to mention ‘the American way of life.’ There would be ‘no windows, no nothing’ in buildings.”

By contrast, Conway wrote, when it comes to Trump, “I believe it’s normal for the president to say ‘Yo Semites’ and ‘Yo Seminites,’ ‘Thigh Land,’ ‘Minne-a-napolis,’ ‘toe-tally-taria-tism,’ ‘Thomas Jeffers’ and ‘Ulyss-eus S. Grant.’ I believe it’s Biden who’s cognitively impaired. I believe the president ‘aced’ a ‘very hard’ impairment test, and that his ‘very surprised’ doctors found this ‘unbelievable.’ I believe it was ‘amazing’ he remembered five words, such as ‘person, woman, man, camera, TV’ — in correct order. I believe he took the SAT himself.”

“I believe that the president has done a tremendous job fighting the virus — and that he shouldn’t ‘take responsibility at all’ — even though about 160,000 Americans have died. I believe the virus ‘is what it is,'” wrote Conway. “I believe it isn’t racist to call the coronavirus ‘kung flu’ or ‘the China Virus.’ It isn’t racially divisive to say Black Lives Matter is a ‘symbol of hate,’ to celebrate Confederate generals as part of our ‘Great American Heritage,’ or to share video of someone shouting ‘white power,’ which, like displaying the Confederate flag, is ‘freedom of speech.'”

And above all, Conway wrote, “I believe the president won the popular vote in 2016 ‘if you deduct the millions of people who voted illegally.’ I believe he shouldn’t accept the election results if he loses in November.”