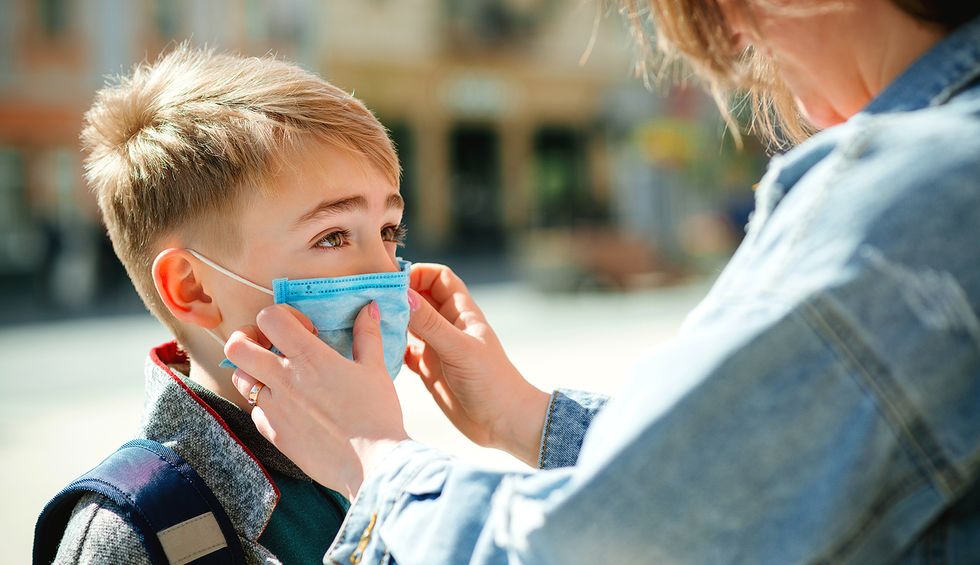 Days after more than 97,000 children tested positive for the coronavirus in July, some teachers have taken to penning their own obituaries to get officials to delay school reopening plans. Whitney Leigh Reddick, a Florida special education teacher, wrote in a Facebook group dubbed the Duval Schools Pandemic Solutions Team Tuesday that in her 33rd year of teaching she “left us while alone in isolation and on a ventilator at a Duval county hospital in Jacksonville, Florida.”

”She returned to work, did her best to handle all the roles placed on her shoulders; educator, COVID-security guard, human shield, firefighter, social worker, nurse, and caregiver but the workload weakened her, and the virus took hold,” Reddick wrote.

In a school district that is allowing parents the opportunity to decide between in-person classes, remote learning, or a combination of the two, Reddick told Newsweek she decided to write the obituary after reading about Iowa teachers who had earlier penned similar letters to advocate for their safety.

The Facebook group Reddick posted her obituary in was established to advocate for the safety of students and educators in a state that has already become an epicenter for the coronavirus. The Florida Department of Health reported that the state's coronavirus count rose 6,229 cases Sunday, bringing Florida's total to 532,806. That, however, hasn’t stopped Republican Gov. Ron DeSantis from pushing schools to reopen and even advocating for a return of school sports. “These are moments they are not going to get back,” he told the Tampa Bay Times. “I am standing with our coaches and our athletes. This is something critical.”

DeSantis has been named in a lawsuit the Florida Education Association launched claiming a July 6 order requiring schools to reopen violates the state Constitution guaranteeing the right to “safe” and “secure” public education, according to the newspaper.

“This state needs to offer genuine guidance to schools, not politically motivated orders," said Fedrick Ingram, president of the Florida Education Association. "‘Just do it’ is a catchy slogan for athletic footwear. It’s terrible guidance for students and educators dealing with a pandemic.”

In Georgia, where two high school students were suspended for taking photos of packed halls at North Paulding High School, at least six students and three staff members at the school tested positive for COVID-19 since the campus reopened Monday. “Following a review of a situation at North Paulding High School that resulted in the suspension of two students, the principal of NPHS notified the students today that their suspensions have been rescinded and all records of the suspensions deleted,” the Paulding County Board of Education tweeted in a statement Friday.

The school subsequently announced it would be shutting down for two days, according to Channel 2 Action News.

Angie Franks, the aunt of two students who attend the school and tested positive for the virus, told The Atlanta Journal-Constitution the boys weren't encouraged to wear masks at school. “They sat in class all day long with no masks and not social distancing,” Franks said. “And I have no idea how many kids they came into contact with.”

”With profound sadness, I announce the passing of Whitney Leigh Reddick. A loving and devoted teacher, mother, daughter, wife, aunt, and friend to all whose lives she touched, on August 7th, 2020.
She left us while alone in isolation and on a ventilator at a Duval county hospital in Jacksonville, Florida.  She was in her 33rd year.
Whitney was born on February 21st, 1987 in Jacksonville, Florida to Charles and Fay Reddick, whom she is survived.
She and her husband, Evan met in elementary school, sharing multiple of the same teachers and continued their education together through middle and high school. Though Whitney and Evan never dated in high school they rekindled their friendship in January of 2013 and wed in June of the following year. Whitney and Evan welcomed their first, and only child in June of 2019.
Talon Charles Peterson was born at 4:10 am on June 3rd. Talon and Whitney share many character traits. He loves to share toys, pre-chewed food, and half drank sippy cups. Talon turned 14 months the month his mother passed. Being so young his memories of her will fade and he will only have those that were captured in film. He will have a hole only a few children bear. However, more now than ever before.
Whitney was a lover however, that may not have always seemed her motive, but you knew that was the only force by the passion in her voice. She fought with vigor for things she believed in. She stood up to injustice, embraced those who differed from her, and truly listened when spoken to.
Whitney never took the easy path, she was assertive, strong-willed, and bossy, she loved that word because, to her, it meant female leadership. She invested the time and dedication in improving and honing her passions to give them a voice, to not cower because she seemed too loud, too aggressive, or uneducated. She was introspective and when an adversary arose, she listened, therefore, to become better equipped in leaving the adversary unarmed and better informed.
However, even though she shouted from the rooftops, attempted to be unemotional, and educated herself in facts and science, she succumbed to the ignorance of those in power. She returned to work, did her best to handle all the roles placed on her shoulders; educator, COVID-security guard, human shield, firefighter, social worker, nurse, and caregiver but the workload weakened her, and the virus took hold. Whitney was taken from us. Yes, of course too soon, but we are the ones left with holes in our hearts, missing how big hers was.
The next time you stub your toe and curse like a sailor you know those words were taken from her soul and flown straight to your lips. We all have a little ‘Whitney’ in us.
Please send your condolences to Governor Ron DeSantis, Mayor Lenny Curry, and finally the Duval County School Board and Superintendent.
Whitney asks that donations be made in lieu of flowers to Making Strides with Autism in her honor.”