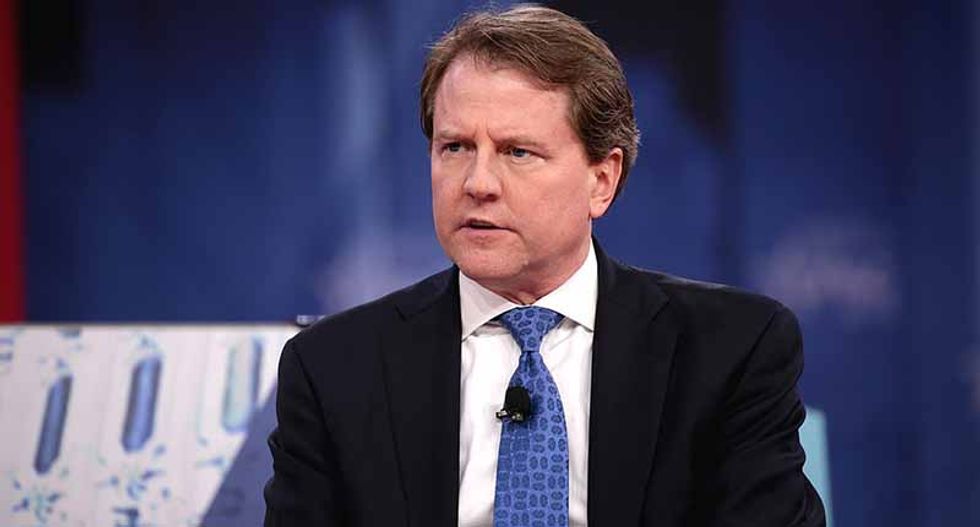 In a 7-2 decision, the U.S. Court of Appeals for the D.C. Circuit ruled Friday that the U.S. House of Representatives has a right to enforce its subpoena of former White House Counsel Don McGahn. This ruling reverses an earlier decision in which a three-judge panel held that the subpoena was unenforceable.

House Democrats have been seeking McGahn’s testimony on matters pertaining to former Special Counsel Robert Mueller’s Russia investigation. President Donald Trump asked McGahn to defy the subpoena, claiming that presidential advisers like McGahn are “absolutely immune from compelled congressional testimony” — and the former White House counsel went along with the president. House Democrats, however, sued in federal court in hopes of getting their subpoena enforced.

Writing the majority opinion in Friday’s decision, Judge Judith Rogers explained: “The Constitution charges Congress with certain responsibilities, including to legislate, to conduct oversight of the federal government and, when necessary, to impeach and remove a president or other executive branch official from office. Possession of relevant information is an essential precondition to the effective discharge of all of those duties.”

Rogers, who was appointed by President Bill Clinton in the 1990s, also wrote: “To level the grave accusation that a president may have committed ‘treason, bribery or other high crimes and misdemeanors,’ the House must be appropriately informed. And it cannot fully inform itself without the power to compel the testimony of those who possess relevant or necessary information.”

All seven of the appeals court judges who were in agreement in the majority opinion, according to The Hill’s Harper Neidig, were appointed by Democratic presidents. But the two dissenters, Judge Karen Henderson and Judge Thomas Griffith, were appointed by President George H.W. Bush in the 2000s. And Judge Greg Katsas and Judge Neomi Rao, both Trump appointees, recused themselves from the case.