Experts debunk Trump's claim he has the right to stop mail-in voting with executive order: 'No power — none' 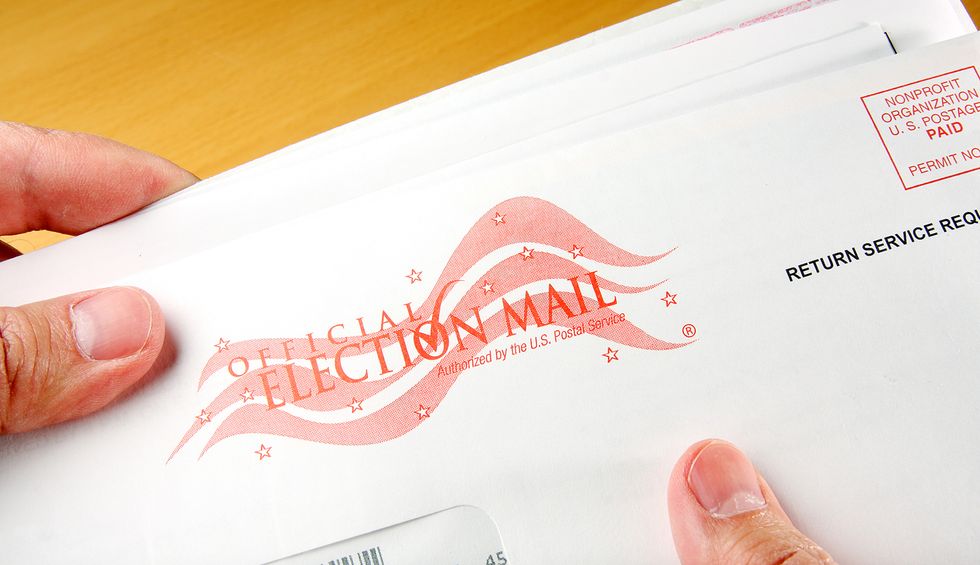 President Donald Trump ramped up his baseless attacks on mail-in voting late Monday by threatening to issue an executive order curbing the practice ahead of the November elections, a move rights groups and experts said would be a flagrant violation of the U.S. Constitution.

"I have the right to do it," Trump said during a Covid-19 press briefing Monday evening. "We haven't gotten there yet, but we'll see what happens."

"No, he doesn't," responded attorney Daniel Jacobson. "As the Supreme Court has explained: 'the Framers of the Constitution intended the States to keep for themselves, as provided in the Tenth Amendment, the power to regulate elections.'"

Steve Vladeck, a professor of law at the University of Texas at Austin, also weighed in:

The president's remarks came just hours after he called the Nevada legislature's expansion of mail-in ballot access "an illegal late night coup" that would make it "impossible" for Republicans to win the state.

During his press briefing Monday, Trump fired off a barrage of lies about Nevada's efforts to provide a safe alternative to in-person voting amid the coronavirus pandemic and said his administration "will be suing" the state. Trump also continued to make a false distinction between absentee voting—which he claims to support—and vote-by-mail.

"You have to look at what they've done," the president said, referring to Nevada. "You can have two ballots, you can harvest—it's harvesting. So you can take thousands of ballots, put them together, and just dump them down on somebody's desk after a certain period of time."

Vanita Gupta, president and CEO of the Leadership Conference on Civil and Human Rights, said in an appearance on MSNBC late Monday that any effort by Trump to stop state expansions of vote-by-mail through executive action would be "shot down in court."

"This is just about him trying to set up a situation to sow seeds of confusion and fear so that if he loses in November, he can try to delegitimize a completely valid election," said Gupta.

Trump went on to say the U.S. Postal Service won't be able to handle the unprecedented surge of mail-in ballots—a claim the USPS contradicted in a statement Monday night.

"The Postal Service has ample capacity to adjust our nationwide processing and delivery network to meet projected Election and Political Mail volume, including any additional volume that may result as a response to the COVID-19 pandemic," the agency said.

"Trump's assault on the Post Office follows the playbook the gop has used for decades," Rep. Bill Pascrell, Jr. (D-N.J.) tweeted Monday. "Deliberately sabotage an institution and then claim it's broken and must be destroyed."