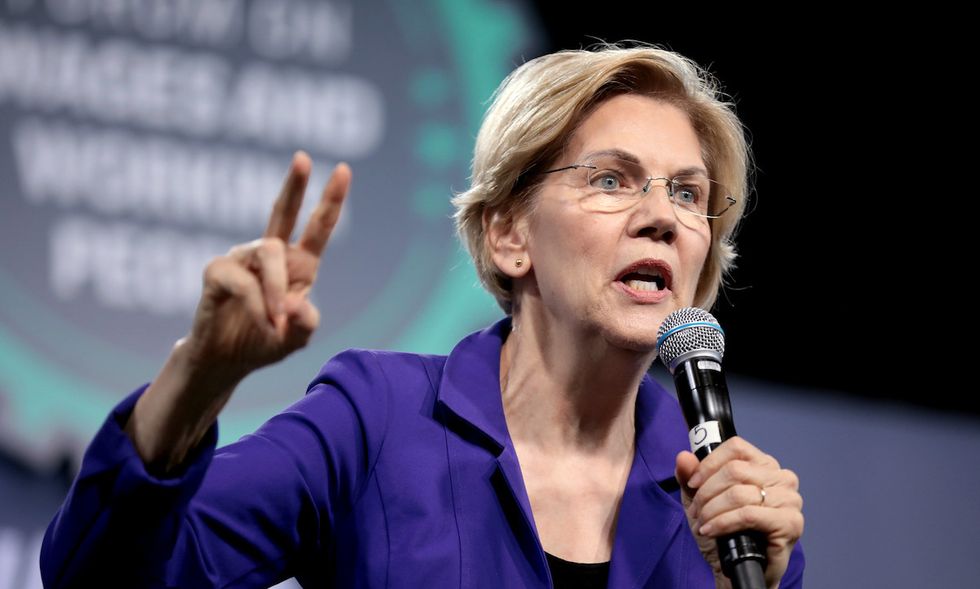 During her 2020 presidential primary campaign, Sen. Elizabeth Warren had a lot to say about the United States’ housing crisis — and after suspending her campaign and endorsing former Vice President Joe Biden (now the presumptive Democratic nominee), the Massachusetts senator continued to address the subject. Warren, in an op-ed she wrote for the Washington Post with Carroll Fife (director of the Oakland office of the Alliance of Californians for Community Empowerment), stresses that the coronavirus pandemic has made a brutal housing crisis even worse. And private equity firms, according to Warren and Fife, are hoping to cash in on the misery by gobbling up “distressed real estate.”

“The nation is facing an accelerating housing crisis,” Warren and Fife warn. “Too many people had no stable housing before the pandemic hit, and COVID-19 has made the problem even worse. Renters who were already facing an affordable housing shortage — with many spending more than half of their income on rent — now have no federal rental assistance or federal protection from eviction. Homeowners have less than a month left of foreclosure protection. And more than 30 million people receiving unemployment insurance just saw their benefits cut by $600 a week, raising the threat of a wave of defaults that could trigger a double-dip recession.”

But while “families” see as a “looming catastrophe,” they add, “private equity firms just see dollar signs.” And Warren and Fife cite a Wall Street Journal report that investors are hoping to buy “distressed real-estate assets at bargain prices.”

According to Warren and Fife, such “profiteering” is “straight out of private equity’s playbook during the 2008 financial crisis.”

“Following the 2008 crash,” they explain, “corporations that grabbed up properties on the cheap, converted those homes into rentals and turned into the worst kind of slumlords — jacking up rents, neglecting maintenance requests and health and safety concerns, and eagerly assessing fines, fees and eviction notices. Other corporate-owned homes were left vacant in a hoarding of housing stock. We cannot stand by while this history repeats itself.”

Warren and Fife’s recommendations range from “strong federal legislation to guard against the coming wave of evictions and foreclosures, including emergency rental assistance” to preventing “predatory companies from further destabilizing neighborhoods and profiting off the displacement of families.”

“If we fail to prevent another private equity real estate grab,” Warren and Fife warn, “we risk allowing another massive upheaval in the housing market that could wreak more havoc on low-income Americans — especially black and brown families still recovering from losing their homes a decade ago. Against a decades-long backdrop of racist federal policies that have impeded black homeownership, lawmakers’ refusal to proactively address this problem would be an indefensible oversight that would again give Wall Street carte blanche to use a national crisis to enact a massive, generational transfer of wealth from vulnerable Americans to corporations.”