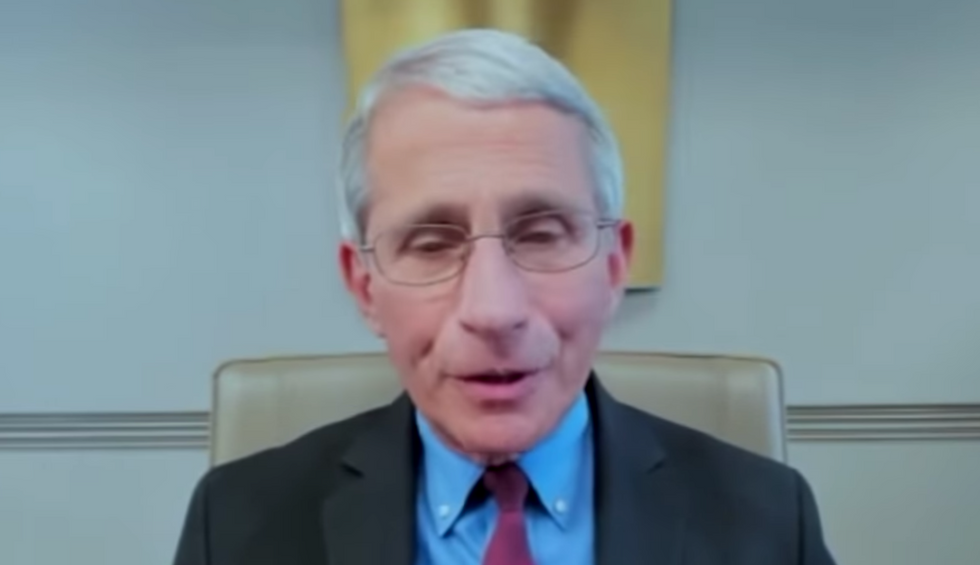 The nation's top infectious disease expert, Dr. Anthony Fauci, is continuing to warn against doing essentially any of the things that Donald Trump's crew of Kudlows, Navarros, and Unidentified Jared Kushner Acquaintances #12-16 keep gravitating towards as their own inexpert ideas for combatting a nationwide pandemic. Fauci is now highlighting the rather significant dangers of releasing an unproven or experimental vaccine to the public, something Trump has signaled he intends to do if at all possible as yet another of his preelection Hail Mary moves to "solve" the COVID-19 pandemic without having to do any of the work proven to have been effective in other, less ridiculous nations.

In an interview with Reuters, Fauci noted that the rush to distribute an untested vaccine could actually delay the development of other, potentially more effective versions.

“One of the potential dangers if you prematurely let a vaccine out is that it would make it difficult, if not impossible, for the other vaccines to enroll people in their trial,” Fauci told Reuters.

The problem? Obviously, anyone who has taken a not-fully-tested vaccine pushed into manufacturing and distribution before the others would no longer be a candidate for taking any of the vaccines following more strict testing protocols. In anyone who received both vaccines, it would be difficult to tease out which vaccine was actually providing immunity, and to what extent. The broader the distribution of the "emergency" vaccine, the more severe the problem becomes.

Mind you, distributing hastily developed vaccines without first doing the proper studies to determine that they are safe and work could, of course, have much worse effects than that. A not-fully-tested vaccine might not turn out to be safe, in which case people will die. It might not turn out to be as effective, in which case vaccinated Americans will resume pandemic-risky social interactions under the belief they are immune, only to catch and further spread the virus themselves. This is the reason vaccines are tested so thoroughly and in stages, rather than the Trump approach of let's just do this and see what happens. The catastrophic public effects of releasing a vaccine that does such harm would be unimaginable.

The pressure on government experts to approve an unproven vaccine before the November elections is, however, going to be intense. We saw this play out only days ago, when Trump Health and Human Services Secretary Alex Azar and Food and Drug Administration head Dr. Stephen Hahn both were on hand to praise and support Trump's demanded move to issue emergency approval for convalescent plasma treatments in COVID-19 patients despite still-scant evidence that the treatment has worked in any of the tens of thousands of patients who have already received it.

Alarmingly, both Azar and Hahn both either seriously misunderstood the main study of the treatment's effectiveness, or they simply lied outright about it. Both said the treatment could have saved 35 patients out of every 100 who died. That is not even remotely true, and now experts are demanding the pair issue public corrections for "grossly misrepresenting" the study in question.

It would be unsurprising—and may in fact be inevitable—for a near-identical press conference to announce a new supposed miracle cure "vaccine" just before the election. Fauci and others are offering up what warnings they can, but they have no ability to prevent Trump's clan of propagandists from announcing false or unproven cures. Experts can only warn the public of the possible consequences.