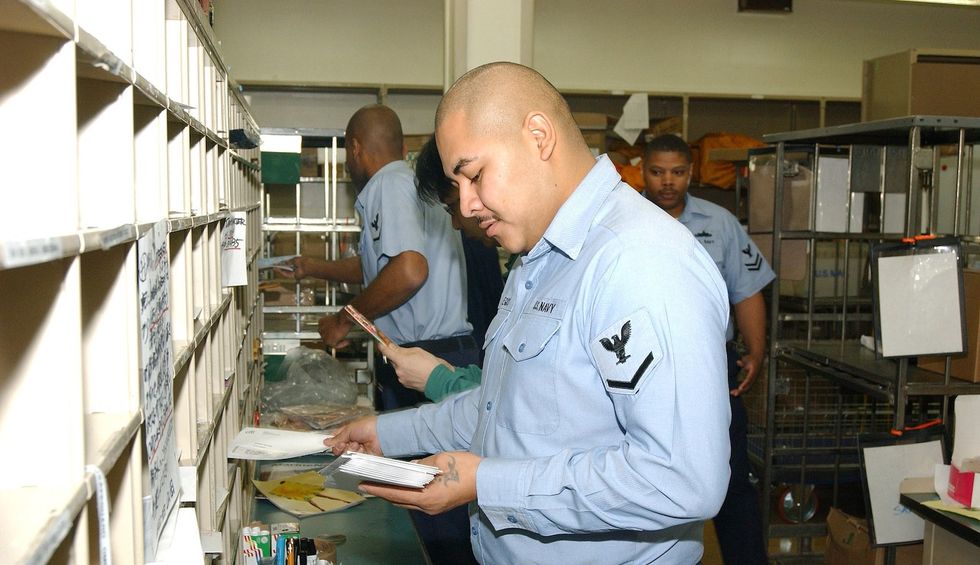 With the airborne coronavirus having killed more than 166,400 people in the United States and at least 751,033 people worldwide, according to Johns Hopkins University researchers, voting by mail in November is a highly appealing option for millions of Americans. But President Donald Trump has falsely claimed that mail-in voting encourages voter fraud while he undermines the U.S. Postal Service. And according to Washington Post columnist Paul Waldman, Trump’s efforts to harm mail collection have become a national emergency.

“Trump says an election in which too many Americans vote by mail would be illegitimate,” Waldman explains. “So, he’s doing everything he can to make sure that the Postal Service can’t handle the huge numbers of ballots it will have to deliver.”

Waldman notes that the Trump White House has “made sure that grants for the Postal Service would not be included in previous coronavirus pandemic rescue packages” and is “denying the Postal Service the funds it needs." He adds that Trump’s “partner in the project to destroy the Postal Service is Postmaster General Louis DeJoy, the GOP megadonor who has given millions of dollars to the Trump campaign and the Republican Party, and has been on the job for just two months.”

The columnist observes: “Soon after taking office, DeJoy ordered a series of changes in policy that shocked postal employees. He banned overtime and told carriers to leave mail behind at distribution centers, causing it to pile up day after day. Employees also report that sorting machines that help speed mail processing have been removed from postal facilities. The inevitable result has been slower delivery, with letters and packages arriving late and many Americans simply not getting their mail every day. You’ve probably noticed it yourself.”

Waldman points out that although “unprecedented numbers of Americans” are “wary of going to polls in the midst of a pandemic,” Trump and DeJoy are doing everything they can to slow down the collection and delivery of mail — including voting ballots.

Waldman goes on to outline the types of voting problems that could occur in November.

“The following scenario is not only possible, but highly likely: it’s a week from the election, and millions of people finally get around to requesting an absentee ballot,” Waldman warns. “They fill out the ballot and mail it back, but by the time it finally makes its way to their local officials, Election Day has passed, and their votes don’t count. That’s because — and this is vital to understand — in 34 states, including the swing states of Arizona, Georgia, Maine, Michigan, Minnesota, New Hampshire, Pennsylvania and Wisconsin, ballots can’t just be postmarked by Election Day to count. It has to be received by Election Day. If you mail it three days before, thinking you did everything right, but it doesn’t arrive at the Board of Elections until the day after the election, it’s tossed in the trash.”

Waldman wraps up his column by emphasizing that the Trump, with DeJoy’s help, is not only trying to carry out a “despicable…. election theft” — he is also trying to “murder a national treasure” that existed even before George Washington became the first president of the United States.”

“The Postal Service is older than the country itself,” Waldman notes. “The Continental Congress made Ben Franklin the first postmaster general in 1775. And it remains the most popular agency in the federal government, beloved by Americans for the daily service it provides them —  no matter where they live or who they are.”