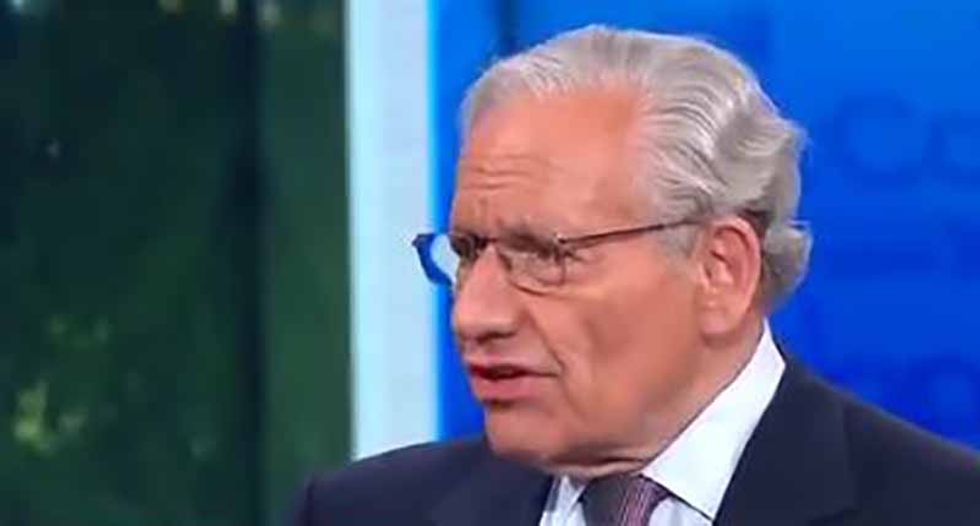 President Donald Trump let long-time reporter Bob Woodward in again to write another book about him. This one will be called Rage, scheduled to be released Sept. 15.

According to a CNN exclusive, Woodward did more than a dozen interviews with the president for the book at the White House, Mar-a-Lago and over the phone.

Woodward's previous book Fear, was attacked by the president as "lies" and using "phony sources." In this case, Trump is the source. He was previously furious when his staff didn't tell him about Woodward's multiple attempts to interview him for Fear.

"'Rage' is the most important book Simon & Schuster will publish this year. Every voter should read it before Nov. 3," said Simon & Schuster CEO Jonathan Karp. The same publisher also was responsible for Mary Trump's tell-all book and John Bolton's book. So, the fact that he says this is more important than those books is sure to make it a huge seller.

"Woodward is known to record all of his interviews with the permission of his subjects and sources," said the report. "CNN has learned Woodward did hundreds of hours of interviews with other first-hand witnesses, and according to his publisher, obtained 'notes, emails, diaries, calendars and confidential documents' including 25 personal letters between Trump and North Korean leader Kim Jong Un."

Read the full story at CNN.com.