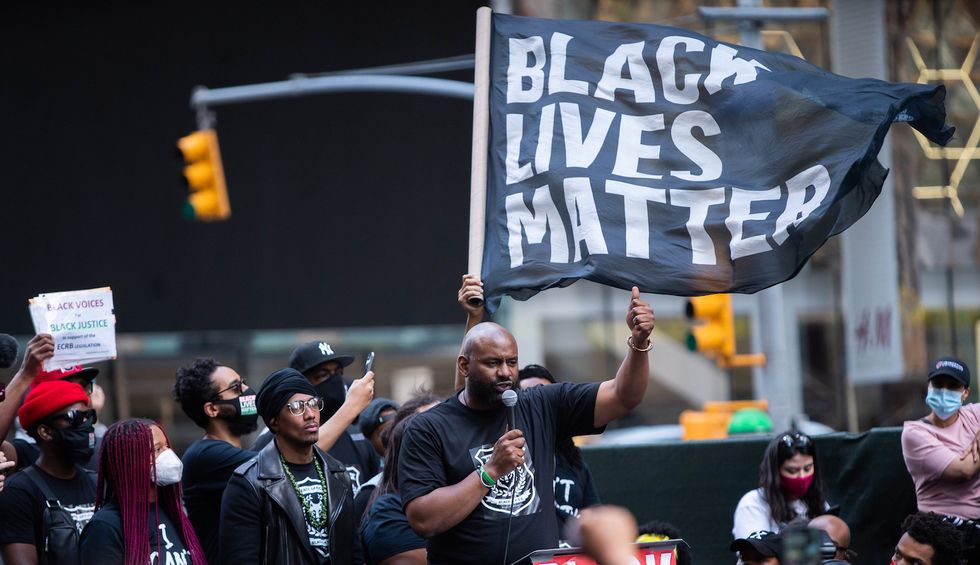 We have arrived at a turning point in history.

Millions of people have risen up for Black Lives and a societal reckoning with America’s racist past and present. This struggle must continue and grow. But it won’t advance, and could well be thrown back in horrendous ways, unless Trump and his regime are removed from power.

The forces cohered around Trump see this as their last chance to entrench their vision of society in a rapidly changing world. For those who want an America where white supremacy, male supremacy, Christian supremacy and American jingoism remain unchallenged for generations to come, Trump has proven to be a perfect bully, willing to pull out all the stops to enforce and consolidate their power. These months of protests and the regime’s attempts to criminalize and suppress them have largely backfired, bringing even more people into the streets as we’ve seen in Portland. That is the kind of dynamic that can drive tyrants out of power, but we must face the somber reality that movements that seem unstoppable can be crushed. The righteous protests that rocked Hong Kong last year were set back as soon as the ruling powers were able to use COVID-19 to re-seize the initiative.

Imagine the consequences of that happening here. What does it mean that the beautiful uprising for Black Lives has been met with more racist rhetoric about “thugs and criminals,” with federal forces added to the violence local police already unleash on Black and brown people? What else could it mean when Trump calls statues memorializing the Confederacy our “sacred heritage”? What kind of open terror and how much violence would it take to send Black and Brown people, women and LGBT people, and others who dared to fight for their liberation over the last fifty years back to their pre-1960s “place”? Shouldn’t the president who calls the words “Black Lives Matter” a hate symbol be removed from power by the power of the people?

Refuse Fascism has been in the streets since January, 2017 to sound the alarm that there are fascists in the White House. We have also been in the streets joining the uprising for Black Lives after George Floyd’s murder, and have seen an instinctive recognition and rejection of Trump’s racism and cruelty. While these protests did not start out as a repudiation of Trump, a growing number of people we have met during this uprising, many of them young and finally feeling their collective power to shape their own futures, understand that Trump stands in the way of their progress.

These months of sustained protests have done more to reset the terms of debate on white supremacy than years of relying on normal channels. But we have to go further. The Movement for Black Lives, recognizing the danger of allowing Trump to remain in power, added Trump’s resignation to its list of demands. This should be backed up with more protests and chanted loudly at the Get Your Knee Off Our Necks March on Washington on August 28. And a week later, on September 5, all who care about humanity and every movement for justice should join the nationwide protests Refuse Fascism is calling for to demand Trump Pence Out Now. Imagine what could be made possible if we unite now, with great urgency, to amplify all demands for the removal of the regime before it can steal, sabotage, or cancel the elections.

2019 saw massive protests around the globe, but the U.S. was quiet while a fascist regime put immigrants in concentration camps, emboldened white supremacist terror, trampled on the rights of LGBTQ people, called journalists the “enemies of the people,” and eviscerated environmental protections. Now we are awake. The energy that millions of people, from many different nationalities, backgrounds, and political beliefs, brought to the streets across this country after the horrific murder of George Floyd, and the determination that thousands brought to the streets of Portland to stand strong against Trump’s storm troopers, can and must become the force to remove Trump and Pence from power.

This is exactly the dynamic that has driven out hated regimes all over the world. As we write this, Lebanon has driven out another ineffectual prime minister, and Belarus has erupted in massive protests in the midst of a fraudulent election. Why should we do any less here?

We have everything to lose if we wait, and everything to gain if we build on our strength in the streets and get Trump’s deranged hands off the levers of power and the nuclear button. This would radically change the political, social and moral terrain – as the movements of the 1960s did – and open the door to the possibility of real change.

This is a moment to seize. Two futures are facing off. Which one we get is up to us.

Coco Das is a writer and editor for RefuseFascism.org, a movement of people coming from diverse perspectives, united in our recognition that the Trump/Pence Regime poses a catastrophic danger to humanity and the planet, and that it is our responsibility to drive them from power through non-violent protests that grow every day until our demand is met.

Jamel Mims is a bilingual rapper, multimedia artist, and activist with Refuse Fascism and the Revolution Club. A Fulbright Scholar who studied hip hop culture in China in 2008, his work has been featured in The New York Times, The Nation, VICE, XXL, Radii China and more.