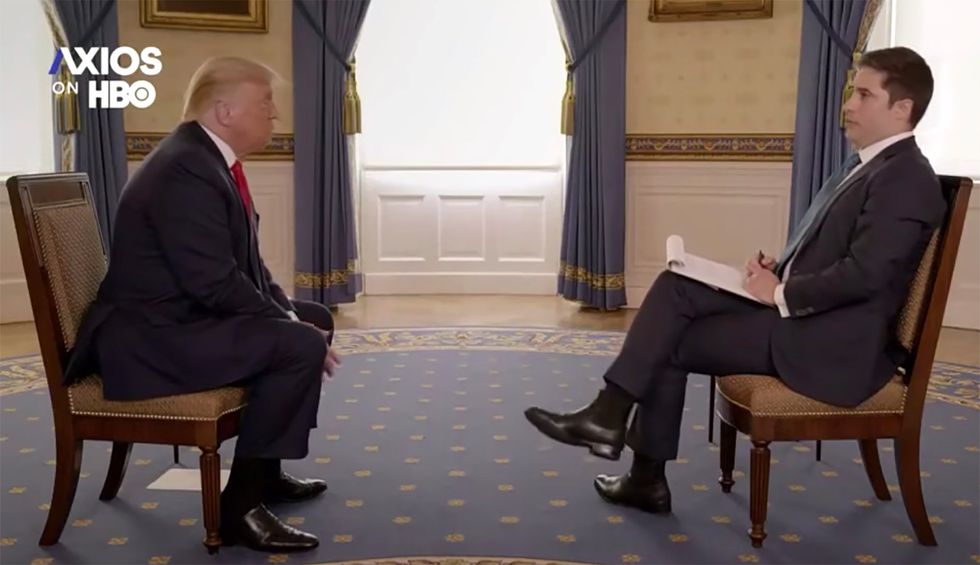 Axios reporter Jonathan Swan pointed to the most “stunning” moment in his interview with President Donald Trump.

The reporter told MSNBC’s “Morning Joe” that he still can’t believe the president tried to put a positive spin on the coronavirus death rate in the U.S., where more than 158,000 have died from the pandemic.

“For me, one of the most striking sections of the interview is when President Trump whips out his own charts to try and make the case in contravention of all available evidence that the U.S. is leading the world on the coronavirus,” Swan said.

Trump flipped through printouts and handed over sheets showing that Americans might have been recovering at a better rate than patients elsewhere, but Swan pointed out that U.S. cases per share of population were much worse than any other developed nation.

“The way that clip ends is him saying, ‘You can’t do that,'” Swan said. “What I was doing was pointing out that when you look at death count as a proportion of population, the U.S. is in horrible shape — horrible shape — and when you compare America to other advanced countries like South Korea and Germany, who managed to do testing early and effective contact tracing, it’s not even close.”

“I just found this, you know, as a matter of history and this moment stunning,” Swan added. “You have the president of the United States denying what is in front of him, which is a death count that when you look at it and you match it up against other advanced countries, it cannot in way be described as a good outcome, but that’s exactly what he’s trying to do. It’s applying salesmanship that works in the worlds of real estate and reality television to the worst pandemic in the century.”