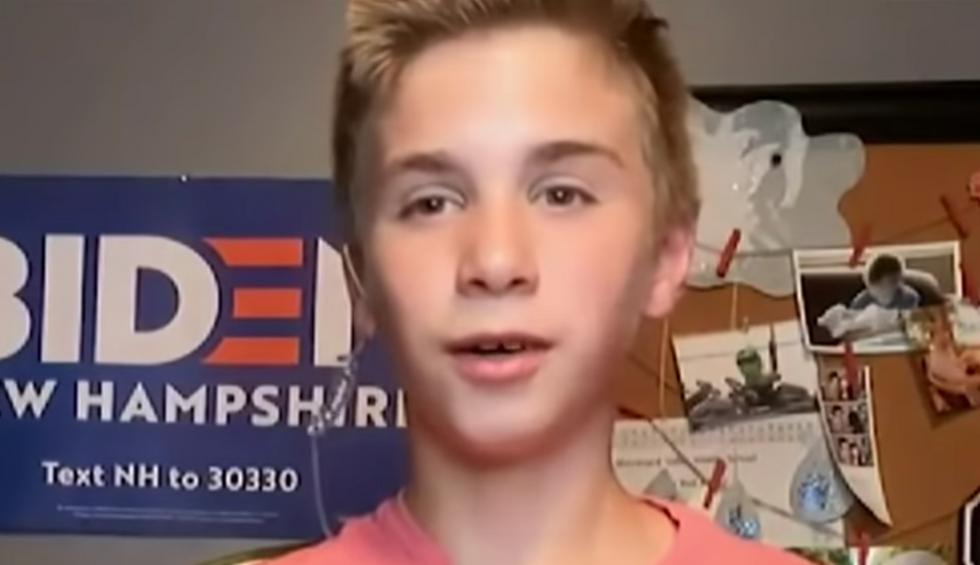 On the fourth and final night of this year’s Democratic National Convention, one of the most remarkable speeches didn't come from a politician, but Brayden Harrington — a 13-year-old with a stutter. Democratic presidential nominee Joe Biden himself has a stutter as a child, and Harrington told convention viewers that the former vice president has been a source of inspiration.

Harrington told viewers: “Without Joe Biden, I wouldn’t be talking to you today. About a few months ago, I met him in New Hampshire. He told me that we were members of the same club: we stutter.”

Harrington went on to say that in New Hampshire, Biden explained to him that when he was a child, he read a book of poems out loud in order to practice his speech — and Harrington said that he followed Biden’s advice and “did the same thing.”

“And now,” Harrington told viewers, “here I am talking to you today about the future — about our future.”

Biden, according to Harrington, “made me” feel more “confident about something that’s bothered me my entire life. Joe Biden cared. Imagine what he could do for all of us. Kids like me are counting on you to elect someone we can all look up to — someone who cares, someone who will make our country and the world feel better.”