Why wildfire season could make the pandemic even worse 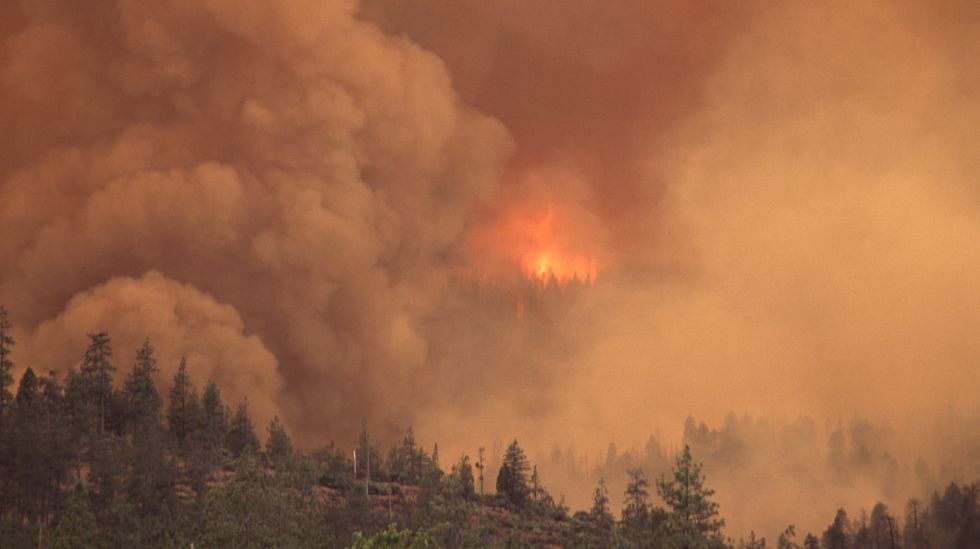 Vast swaths of California are being enveloped in smoke as wildfire season starts anew. In northern California, evacuation orders took effect on Monday in northeastern Siskiyou County as the Caldwell Fire spread. On Tuesday, winds pushed smoke from a massive structure fire in San Francisco to the East Bay. These are but two of many fires burning across the state — the presence of which has heightened fears that the intersection of two crises, wildfire season and COVID-19, will worsen both. Indeed, as the Golden State experiences record increases in coronavirus cases, pulmonologists are concerned about how the next few months will play out.

Galiatsatos said he is concerned that wildfires might increase the likelihood of the coronavirus spreading, partly as a result of Californians being displaced. California is already experiencing a spread of coronavirus at very high rates, despite its early success with a statewide lockdown. According to the California Department of Public Health, California has a total of 466,550 positive cases as of July 28 — the highest number of a U.S. state, according to the CDC, although California is also the nation's most populous. In total, 8,518 have died from COVID-19 in California.

"Wildfires are requesting people to relocate given their homes are in danger, and suddenly you're taking people who have been quarantined and asking them to find a new place to live," Dr. Galiatsatos told Salon. "Now they're expanding their social bubble out of necessity without the appropriateness of really thorough contact tracing to understand where these family members have been, and so forth."

Another concern, Galiatsatos said, is how exposure to wildfire smoke might lead to an increase in severity of symptoms. In non-coronavirus times, vulnerable populations are warned to stay inside when there's wildfire smoke. Now, such directives become even more important.

"Wildfires will put out a lot of just natural pollutants, but these can really impact people's breathing conditions," Galiatsatos said. "Your underlying breathing status may be impacted by the consequences of the wildfire, and add a viral infection to this and your symptoms might be worse than expected."

"You're asking the immune system to do two things at once and it may not be able to do that," Galiatsatos added.

John Balmes, MD a professor of medicine at UC San Francisco, told Salon in an email he agrees that exposure to wildfire smoke is likely a risk factor for a COVID-19 infection, "based on multiple studies in humans and animals on the effect of non-wildfire [2.5 micron particular matter] on risk of viral respiratory tract infections." Balmes added that emerging research from China, Europe and the U.S. indicate that non-wildfire air pollution could increase the COVID-19 death rate. Specifically, a study from the Harvard School of Public Health found that people with COVID-19 who live in U.S. regions with higher levels of air pollution are more likely to die from the disease.

As Californians have surely noticed, wildfires and the haze they generate have become more common in recent years. According to a paper by researchers at Harvard and Yale universities, smoke waves "are likely to be longer, more intense, and more frequent under climate change, which raises health, ecological, and economic concerns." As Salon has previously reported, the long-term effects of exposure to this kind of smoke is still unknown.

Galiatsatos said the good news is that there are ways for people to protect themselves from wildfire smoke with cloth masks. While previous smoke waves in California have led people to buy N95 masks, Galiatsatos said he doesn't encourage the general public to go out and buy N95s because of the shortage, but also because they need to be fitted properly to work.

"Your simple cloth mask, that will work," Galiatsatos said.