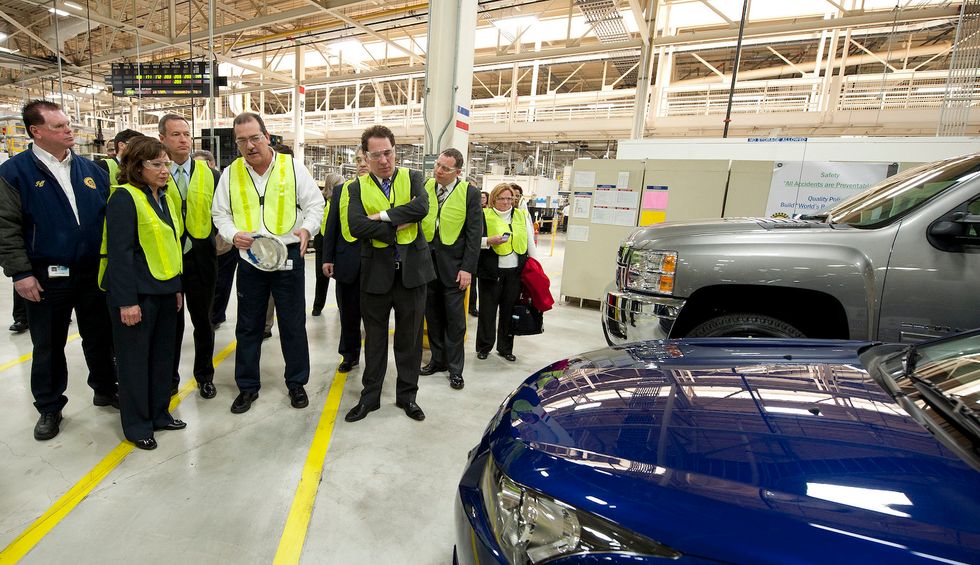 Thrown out of work by the COVID-19 recession, hundreds of thousands of unemployed North Carolina residents now risk losing their lights and air-conditioning as well.

Because their wages failed to both cover regular expenses and let them save for emergencies, these workers had no financial cushion to soften the blow of sudden unemployment.

They simply cannot pay mounting household bills. And if North Carolina’s moratorium on electricity shutoffs expires on September 1, enabling utilities to terminate service for overdue customers, their plight will get that much grimmer.

Although the pandemic pushed these workers to the financial brink, it was the nation’s unjust and dysfunctional economy that left them vulnerable to disaster in the first place.

Only a revitalized labor movement can fix this system, which now works solely for the rich.

Decades of soaring income inequality rendered tens of millions of Americans just one or two missed paychecks away from financial calamity.

While CEO and shareholder income skyrocketed over the past four decades, ordinary Americans’ wages stagnated. Even those juggling multiple jobs struggle to feed their families, leaving them unable to save for retirement or squirrel away money for emergencies.

But it doesn’t have to be this way.

And only the growth of unions—along with a much-needed strengthening of U.S. labor rights—can restore fairness to the cruel economic system laid bare by COVID-19.

In addition to the 149,000 Americans killed by the coronavirus, the recession triggered by the pandemic pushed unemployment to the highest levels since the Great Depression.

Across the country, legions of newly unemployed workers labor not only to pay electricity bills but also to put food on the table and pay rent.

As many as 23 million people—about 20 percent of the nation’s 110 million renters—face eviction by fall because they lost their jobs to the pandemic and never made the decent wages that would have enabled them to build cash reserves.

The pandemic made the nation’s rampant income inequality even worse, both by further shrinking the middle class and widening the gap between the haves and have-nots. Workers facing the threat of electricity shutoffs or worse, eviction, will have an even more difficult time finding new jobs and getting back on their feet.

The crisis highlights the chasm between stagnant wages and soaring household expenses—and it shows why underpaid, exploited workers desperately need the bargaining power that unions provide.

Corporate greed pushed millions of workers into a daily battle for survival.

The richest 1 percent of Americans own 40 percent of the nation’s wealth.

These CEOs, shareholders and tycoons care little about whether average Americans have roofs over their heads or other basic necessities. The financial elite only want to hold down wages so they can pocket more and more for themselves.

That’s why workers at Kumho Tire in Macon, Georgia, in 2017 launched an organizing campaign with the United Steelworkers (USW): to stand up to the multi-billion-dollar corporation that paid them low wages, denied them a voice in the workplace and forced them to labor in unsafe working conditions.

Determined to continue oppressing its workers, the company waged a campaign of harassment in an attempt to derail the effort. But workers persevere to this day.

Because when workers join unions, they gain control over their own destiny, even during crises.

Organized workers earn significantly higher wages—as much as 20 percent more—than their non-union counterparts, allowing them to accumulate savings they can tap during emergencies like the pandemic.

And in pursuing fair treatment for workers, unions put a halt to the discriminatory pay practices that some employers use to cheat women and people of color.

But higher wages aren’t the only difference unions make.

Union workers enjoy greater job security and a voice in the workplace that other Americans lack. And union members are more likely to have paid sick days and affordable, quality health insurance as well as retirement plans that enable them to confidently face the future.

Unions investigate hazards and identify life-saving changes. They fight for stronger state and federal workplace safety laws. They ensure workers have the appropriate training and equipment for their jobs—essentials that the Kumho workers lacked, putting their safety at risk.

And throughout the pandemic, unions pushed employers to implement safeguards for preventing the spread of COVID-19.

By ensuring family-sustaining wages, health care and retirement security, unions anchor workers in the middle class—and give them a better shot at weathering upheavals caused by emergencies like the pandemic.

Unions force employers to share profits with the people who actually create them, and as more workers join unions, the stronger they become in their fight against corporate avarice and economic inequality.

Employers are so desperate to keep unions out that they break the law in more than a third of all organizing campaigns. They bully and fire pro-union workers, like Kumho did. They spy on organizers, question workers about their labor views or threaten to close plants if they vote for representation.

Before the 2017 election, for example, Kumho’s ugly warfare included not only mandatory anti-union meetings but also putting up posters and showing videos denigrating the USW in break rooms, in the cafeteria and throughout the plant.

It was so extreme that Administrative Law Judge Arthur J. Amchan even wrote that the company’s illegal conduct warranted not only a second election, because the first one had been tainted, but also the “extraordinary remedy of requiring company officials to read a notice to employees outlining all of the violations.”

Yet despite the decision, America’s notoriously weak labor laws allowed Kumho to persist in its illegal conduct for years while facing very few consequences.

The Protecting the Right to Organize (PRO) Act would finally end these abuses and provide a more level playing field for workers, who will need support more than ever as the nation looks to an uncertain future in the wake of the pandemic. Among other improvements, the bill will make it easier for workers to form unions, impose hefty fines on employers who violate labor rights, ban mandatory anti-union meetings and protect workers from retaliation.

The House already passed this crucial legislation, and Democratic presidential candidate Joe Biden made the PRO Act a crucial part of his Build Back Better economic plan.

But the Republicans who control the Senate—staunch allies of corporate America—refuse to consider it.

Although corporations and their GOP sidekicks will continue their campaign of oppression against workers, the economic catastrophe wrought by COVID-19 presents a unique moment for change.

The pandemic not only exposed the inequality tearing at U.S. society but also highlighted the essential work unions do to make the economy fairer for everyone.

Only by exercising collective power will more Americans put themselves on the path to financial stability—and help the nation emerge from the COVID-19 crisis stronger than before.