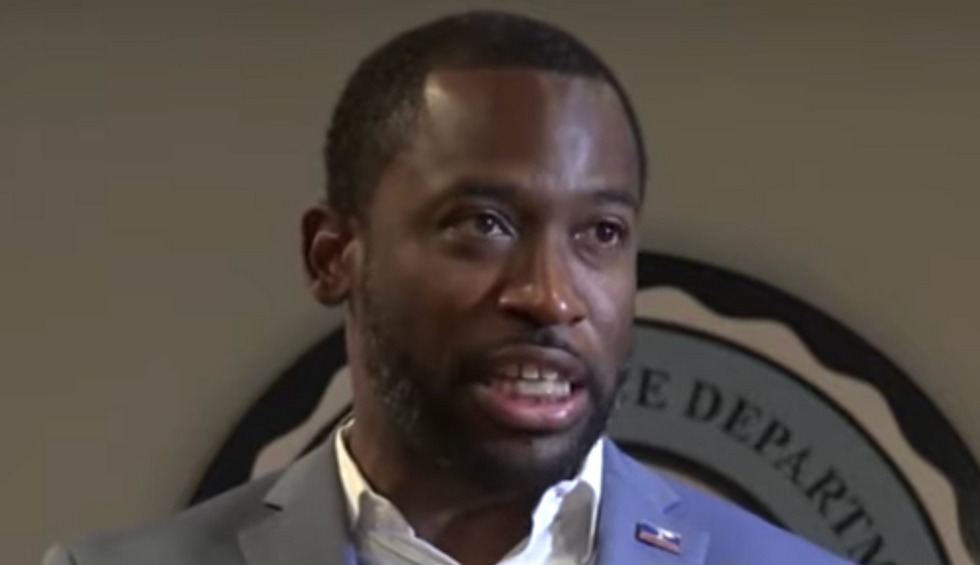 Officials said that 23 people were arrested over the weekend in connection with the protests.

"What happened last night was violence," Stoney said. "Violence that hurt many people in the Richmond community, both through the threatening of lives and the destruction of property. And simply put: That is unacceptable in the city of Richmond."

He continued: "So after 24 consecutive days of peaceful protest, what changed last night? Let me tell you what I think changed last night: There were white supremacists marching under the banner of Black Lives Matter, attempting to undermine an otherwise overwhelmingly peaceful movement towards social justice."

He offered little direct evidence of outside influence, though officials said Monday that was still under investigation. Police Chief Gerald M. Smith said that fliers promoting anti-police rallies for the weekend had been produced outside of Richmond and that several of the people arrested were from other parts of the state.

"We have identified some individuals who have been seen with the Boogaloo boys and some Antifa groups around the area," said Richmond Police Chief Gerald Smith at the conference, as WTVR reported. "The majority of those individuals who were there last night were Caucasian."

The Post detailed the reasons given for the arrests at the protests:

Six people were arrested Saturday night — five charged with unlawful assembly and the sixth with assault of a police officer.

On Sunday night, after a similar flier was distributed, police “took a proactive approach,” Smith said Monday. Officers were waiting at Monroe Park, a gathering place for protesters that closed at 10 p.m. When people failed to disperse after closing, police moved in and made 17 arrests — including at least one reporter for the VCU campus newspaper who was covering the protests.

The charges included trespassing, rioting, possessing a weapon with an extended magazine and possession of cocaine with intent to distribute.