What Trump will do if he loses is the wrong question. What matters is what his supporters will do 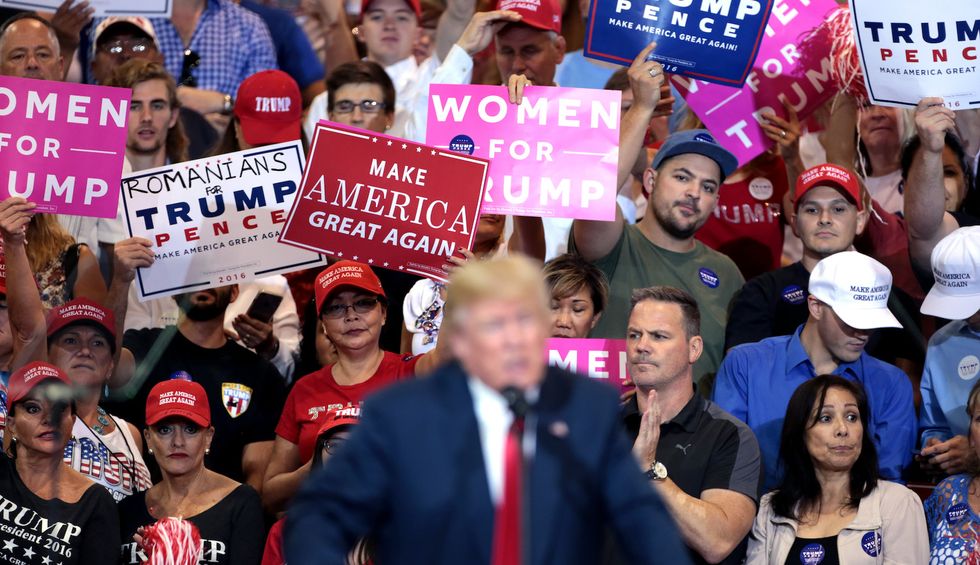 It looks like Biden will beat Trump badly and the Republicans will suffer disastrous losses across the country in November. Although the polls have just been inching toward the Democrats, suddenly articles about what Trump might do if he loses are multiplying, here, here, and here.

Trump might declare the elections fake, go on FOX News to say he had really won, call out the National Guard, barricade himself in the Oval Office, order the Secret Service to shoot Biden on sight.

But what he will do is the wrong question. What matters is what his supporters will do when they lose.

Three groups of supporters are crucial to observe. The media will focus at first on Republican politicians. Will Senate losers in Montana, Arizona, Colorado, and other states jump on the fake news bandwagon? Would Mitch McConnell go quietly if Amy McGrath beats him in a very close race? Maybe Susan Collins will accept defeat in Maine, but what about QAnon promoter Jo Rae Perkins in Oregon? How about Lauren Boebert, QAnon enthusiast and House candidate in Colorado, and the other 7 Republican congressional candidates on the ballot who have expressed support for QAnon?

The whole Republican Senate delegation has already cast doubt on the results by allowing their leader to proclaim unchallenged that the election will be fraudulent. On June 22, Trump said the 2020 election “will be the most RIGGED Election in our nations history”. In 2018, the National Republican Senatorial Committee followed up a Trump tweet about “electoral corruption” in the Arizona Senate race by charging that the election they lost there was rigged. Stripped of power, perhaps for years, it’s not hard to imagine Senators Tom Cotton and Lindsey Graham, among others, casting doubt on the results.

Thus far the bravest Republicans in Washington, aside from Mitt Romney, are Pennsylvania Sen. Pat Toomey, who called Trump’s pardon of Roger Stone a “mistake”, and Maine Sen. Susan Collins, who said she won’t campaign against Joe Biden. The majority of Senate Republicans cowers in silence.

Will Trump’s toadies now running our intelligence services and justice system speak up and what will they say? Across the country, Republican state legislators who lose their gerrymandered majorities could join the chorus.

A second set of Trump supporters use their control of media to send waves of influence into every corner of America. Will FOX News report the official results or attack them? How about the other people to whom Republicans listen, even more partisan and less connected to reality, like Limbaugh, Breitbart, InfoWars, Drudge? Will powerful evangelical pastors Franklin Graham and Robert Jeffress proclaim that their God-given leader was cheated?

The third group is the most important and hardest to gauge – the MAGA-hat-wearing, Confederate-flag-waving white supremacists and conspiracy partisans who make up his legendary “base”. Will they see the end times coming as their messiah is defeated? Will the dozens of armed militia groups adopt 2nd Amendment remedies to the impending takeover of America by radical socialist pedophiles? What will Ammon Bundy, the boogaloo boys, the Oath Keepers, and the more than 500 other anti-government groups loosely allied in the so-called “patriot movement” identified by the Southern Poverty Law Center do? Will the NRA call out its members to fight the commies?

Trump could scream himself hoarse with no effect unless his supporters sing along. As full election results trickle in the days after November 3 and as the implications sink in with the approach of Inauguration Day on January 20, 2021, a coalition of supporters in Washington, state governments, media, and on the ground might throw our country into an existential, not merely Constitutional crisis.

It’s certain that Trump will do nothing brave himself, will commit himself to no action that he can’t back out of. But the radicals who drive their cars into Black Lives Matter protesters, who bring their assault rifles to the pizza palace, and who believe anything “Q” says are much more volatile, unhinged, and violent.

Whatever answers such questions might elicit now will change over the next few months, as Trump stokes more fear among his supporters, pushes them further away from the American center, and forces his Republican allies to come along.

And watch out for America.